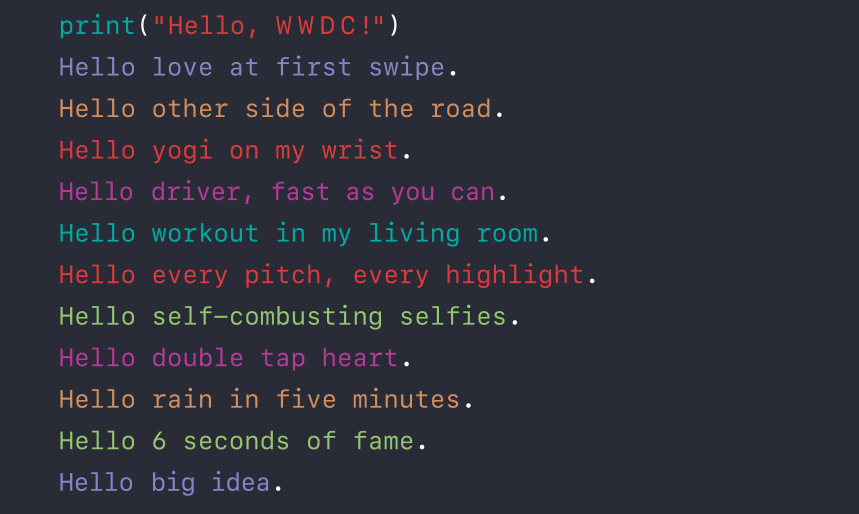 Update: Apple has confirmed what Siri has previously reported. In an email statement to us, Apple stated WWDC will happen June 13 through 17 and the keynote presentation will take place on Monday.

“With four innovative operating systems and a new, intuitive programming language powering over 1 billion devices worldwide, there has never been a more exciting time to bring our developer community together,” said Philip Schiller, Apple’s senior vice president of Worldwide Marketing. “WWDC 2016 is going to be a landmark event for developers who are coding in Swift, and building apps and products for iOS, OS X, watchOS and tvOS. We can’t wait for everyone to join us — in San Francisco or through the live stream.”

Apple’s Worldwide Developer Conference (WWDC), the event where the company typically announces new software updates to iOS and OS X, will start on June 13, according to Siri.

When asked about the annual developer conference, the personal assistant responds, “The Worldwide Developers Conference (WWDC) will be held June 13 through June 17 in San Francisco. I can’t wait!” Previously, Siri would say the conference hadn’t been announced yet, which is true: Apple has yet to officially announce when WWDC will be held. 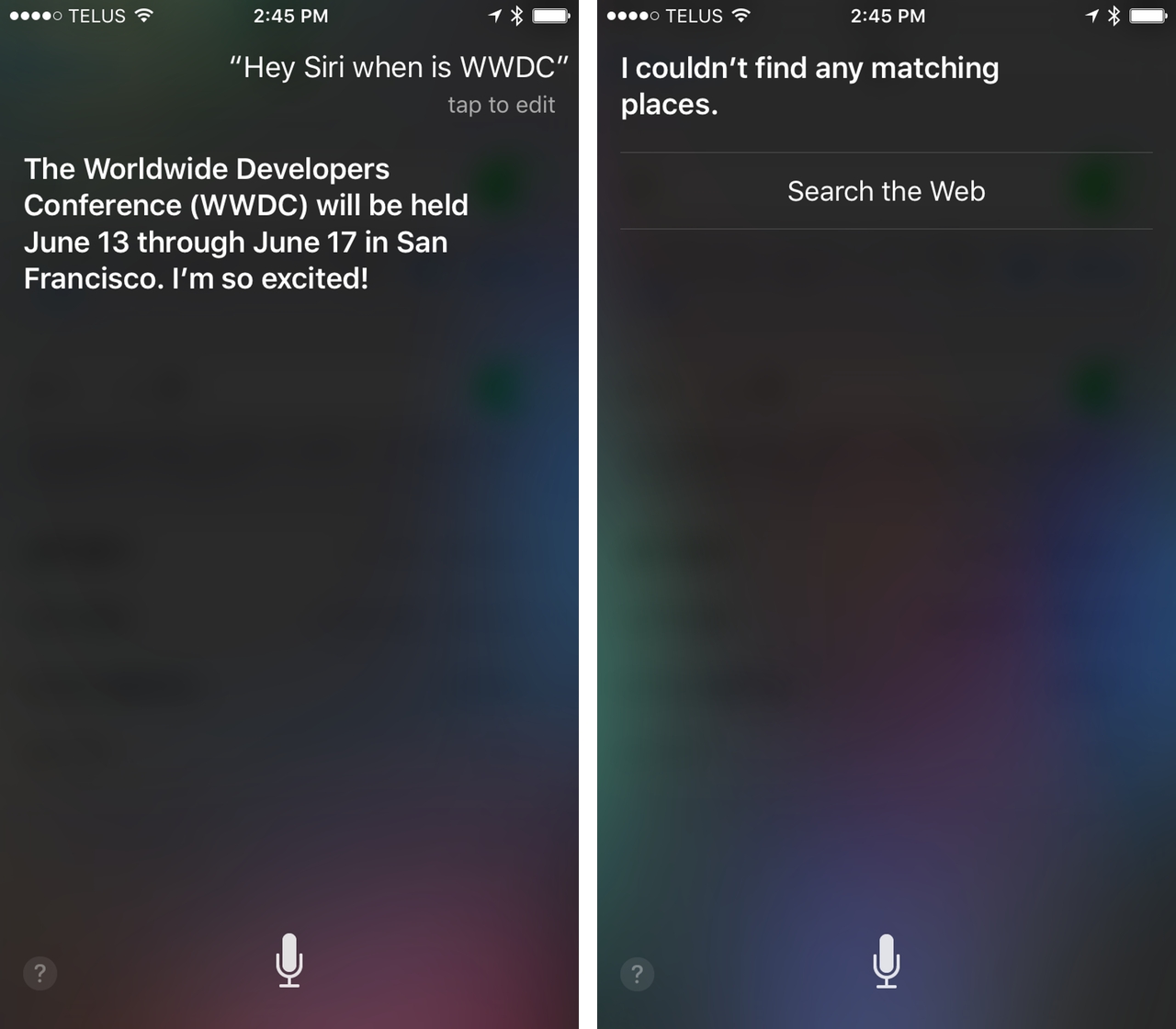 Navigating to the WWDC website leads to a page dedicated to WWDC 2015; indeed, asking Siri for more information ends with the personal assistant saying she can’t find more info.

We’ve reached out to Apple to confirm whether the information provided by Siri is accurate.