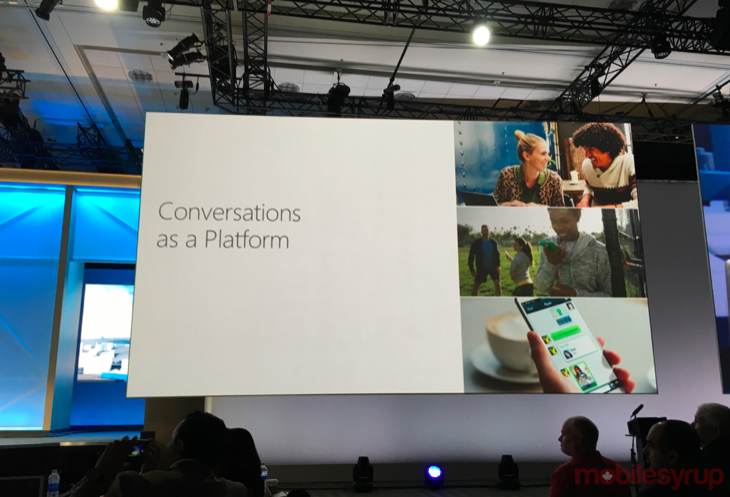 At Microsoft’s Build 2016 keynote today, the company’s CEO Satya Nadella emphasized that Microsoft has no plans to give up on the idea of digital assistant chat bots.

“Tay was not up to this mark,” said Nadella, explaining that Microsoft is well aware of the difficulties its current AI chat bot experiment Tay has experienced. “We’re back to the drawing board.” Just a few short hours after its launch, Tay quickly developed racist tendencies thanks to eager Twitter users trolling its machine learning algorithms.

Nadella envisions a future where bots will act on applications that users converse with on a daily basis, as well a system where the concept of a traditional UI is a thing of the past.

“Human langauge is the new UI layout,” said Nadella. “If it’s going to be a useful personal assistant, it has to be useful to you, not just a single device.”

Microsoft says that bots will soon understand natural language are the next big method of interacting with a computer. Nadella explained that this future revolves around three factors: humans, digital, bots and digital assistants. Cortana, Microsoft’s voice-activated digital assistant seems to be the focal point of this vision according to Nadella.

Cortana will “always be with you across all your devices,” said Nadella.