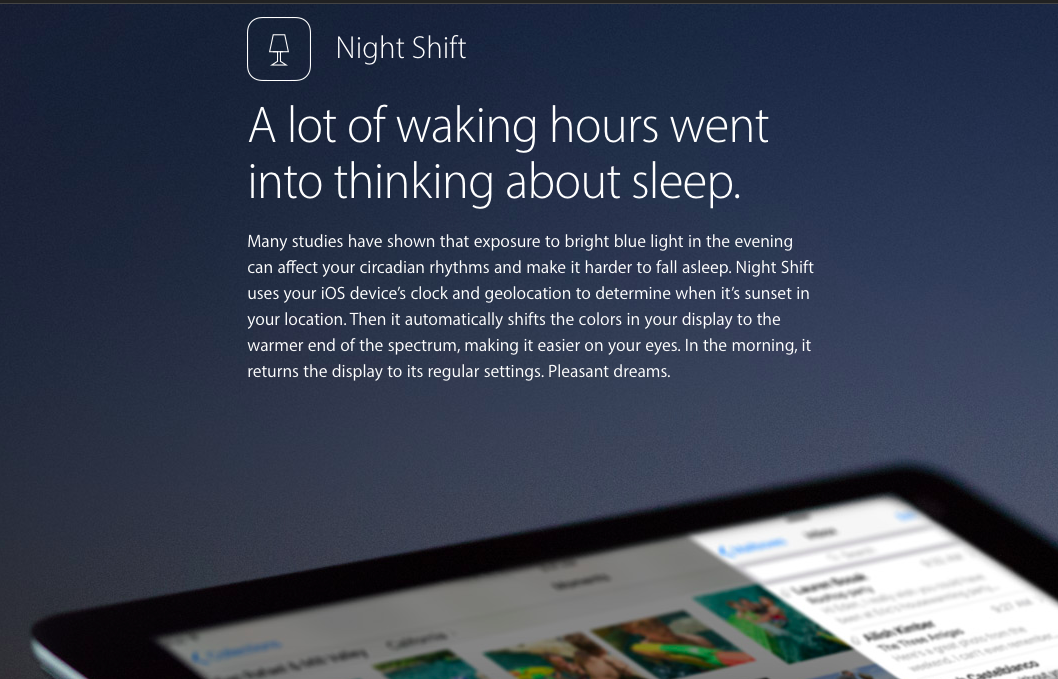 Apple has a long history of borrowing good ideas from companies to use in its own products and services. Though the company is not unique in doing this, the phenomenon is so common at Apple, there’s a name for it: Getting ‘Sherlocked‘.

This week, it happened again, when Apple introduced Night Shift, a new feature in iOS 9.3’s beta, designed to ease eye strain from bright screens at night. This feature is functionally identical to an app called F.lux that made headlines last fall by releasing as a bundle outside the iOS App Store, allowing users to manually install the app at their own risk. After about a week, F.lux agreed to take the app off its website, but urged Apple to allow applications with advanced features like theirs onto the App Store.

Now, just two months later, Apple still won’t allow third-party developers to release an app with features like f.lux, but it has baked the functionality into iOS itself. In response, the app’s developers, Michael Herf and Lorna Herf, have posted an open letter to Apple on f.lux’s official site.

The letter notes the health benefits of their app’s technology and teases the next phase of development for f.lux, as well as calling for Apple to allow its app on the App Store. The developers acknowledge that Apple getting involved in their field of work is important, but also points out how long the f.lux team has been working on their product.

The letter suggests f.lux will be able to push the technology forward much faster if Apple allowed an app with features like theirs into the App Store.