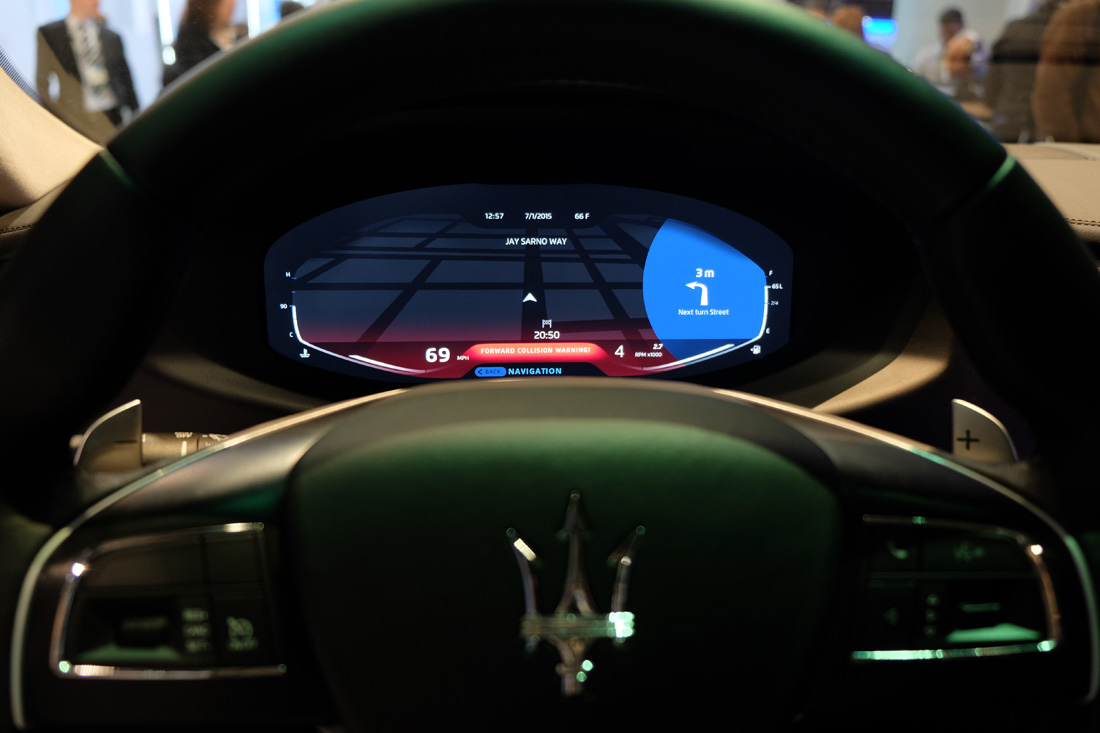 As uncertain as BlackBerry’s fortunes have been, the company seems to have a shining light in the form of QNX, announced at CES as the world’s leading infotainment software supplier in over 50 million vehicles.

The Ottawa-based BlackBerry subsidiary has carved out a reputation for being the software middleman that automakers are leaning towards in growing numbers. Over 40 of them now use some part of QNX’s software suite, including the Neutrino OS, CAR platform and acoustics middleware. A QNX press release cited the Audi TT, Mercedes-Benz S-Class Coupe entertainment system, and GM’s OnStar 4G LTE system (but not the actual 4G LTE service).

The company added Volkswagen to the list, announcing that it would be powering the German automaker’s infotainment systems for the Touareg, Passat, Polo, Golf, and Golf GTI. Ford also recently jumped ship to QNX for its SYNC 3 infotainment system, after a long association with Microsoft. The new-look SYNC now also integrates Siri alongside the embedded voice recognition system driven by Nuance. 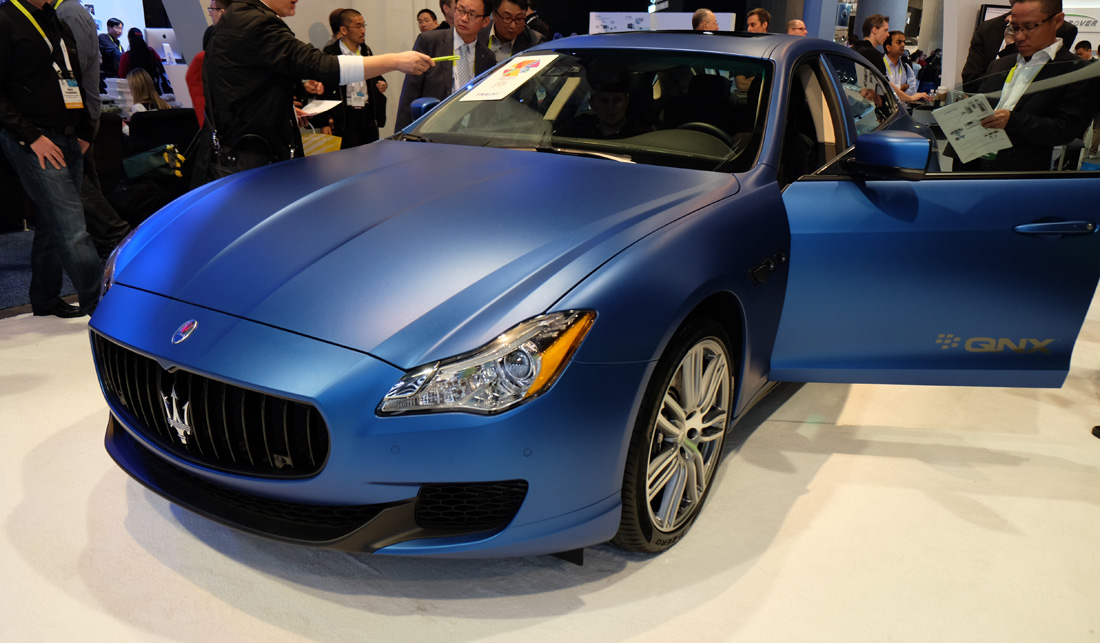 To further demonstrate some of the new technology it’s working on, QNX had a Maserati Quattroporte GTS concept car in its booth. On the outside, it was outfitted with a number cameras and sensors to detect obstacles on the road, communicating with a new HUD inside to display warnings to slow down for turns and bumps ahead. A series of four light strips running along the end of the dashboard changes colours and reflects off the windshield as a visual indicator that an object is close.

The cameras installed on the outside give the driver a 360-degree view of the entire vehicle. The rearview and sideview mirrors are actually LCD screens with wider-angle viewpoints covering the whole gamut behind the wheel.

The rearview and sideview mirrors are actually LCD screens

On the inside was a fully functioning digital instrument cluster presenting a myriad of information that you would expect to see through the steering wheel. A large oversized tablet-style monitor in portrait mode dominated the dash. In fact, there were virtually no actual physical buttons inside.

One neat feature I saw was the ability to listen to a song on terrestrial radio that could then be automatically switched over to the corresponding Internet radio station via iHeartRadio once you drive out of range. Unfortunately, iHeartRadio still isn’t available in Canada, so this feature won’t resonate in Canada unless it extends to another streaming service. Smartphone connectivity is said to be seamless, but since the automakers usually decide on the parameters of what works and what doesn’t, QNX’s openness does need to be taken with a degree of caution. Not much was demoed that was unique to the phones themselves, other than to highlight that greater integration is possible, particularly through voice. App integration is another focus that was highlighted, except that QNX doesn’t dictate how or when that works. The system set up in this concept car could easily run Apple CarPlay or Google Android Auto, but neither was installed for the demo.

Nothing too specific was revealed as far as what may be possible in the near future for deeper smartphone integration, though QNX has hinted that voice recognition could be the safest and most reliable way to do it.

The setup runs on Qualcomm’s Snapdragon 602A processor, which is an automotive-grade infotainment chipset.