Android will soon have system-wide support for Google Translate 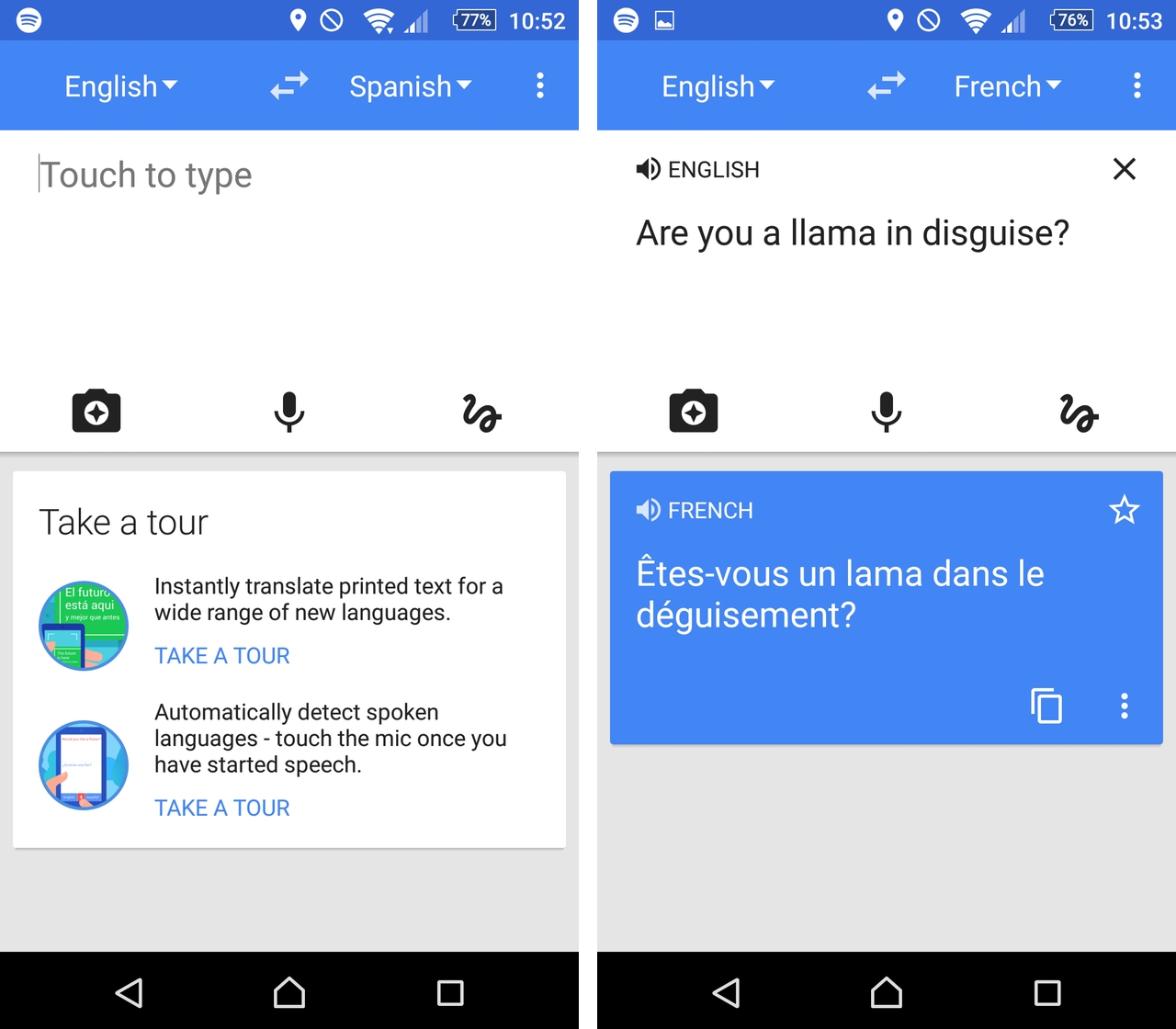 Sundar Pichai and several other top-level Google executives are in India today for an event called Google for India. They’re there to talk about how the search giant plans to make further inroads into the South Asian country. With some 300 million Indians already on the Internet, and 200 million more set to join them, India — and the rest of the developing world — is seen as a vital market for Google.

The company used the event to show off something in particular that will be interesting to Android users. A new feature called Tap to Translate is set to make its way to Google’s mobile operating system in the near future. Essentially, Tap to Translate will allow Android users to access Google Translate from any part of their smartphone without switching apps.

In the preview Google showed off, a new pop-up window appears when the user copies text. The OS then presents the option to translate this text into another language, and then copy it into the app beneath the window.

With easy-to-access, system-wide translation it’s easy to see how this feature may become integral to anyone who lives in place where multiple languages are needed to navigate daily life. Not to overstate the fact, but for some Tap to Translate may become as essential as copy-and-paste.

Google didn’t provide a release date for Tap to Translate, but based on the photos The Next Web captured of the slides showcasing the feature in action, it looks quite far along.