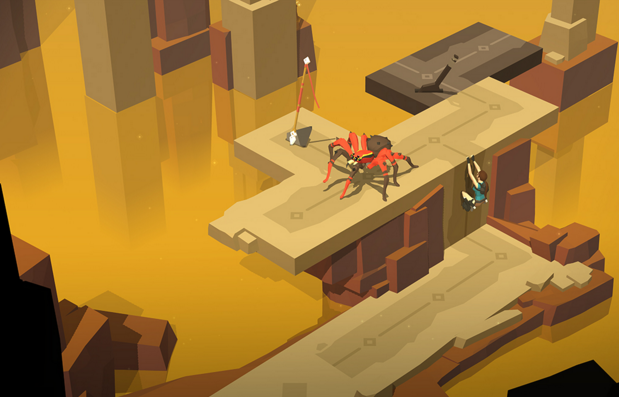 Lara Croft Go is a brilliant mobile game, and now the title has a well-deserved accolade to back up that claim.

It beat out other nominees like Pac-Man 256, Monster Hunter 4 Ultimate, Fallout Shelter and Downwell.

“We’re still in shock! We knew we created a great Lara Croft experience but we never quite know to what extent until we hear about it from our players. Actually winning the award is a very nice bonus,” said Square Enix Montreal’s studio head, Patrick Naud, in an interview with MobileSyrup.

“One guideline for each new experience we craft is that we should always aim at being Game of the Year candidates, but actually winning it is a bonus,” said Naud.

Square Enix Montreal is the perfect example of a studio that takes mobile gaming seriously and builds experiences from the ground up for the platform.

Lara Croft Go’s recently launched Shard of Life update added 26 new levels to the game. Lara Croft go is also nominated for Game of the Year and top iOS game at the 2015 Canadian Video Game Awards, which are set to go down on December 6th at 8 p.m.