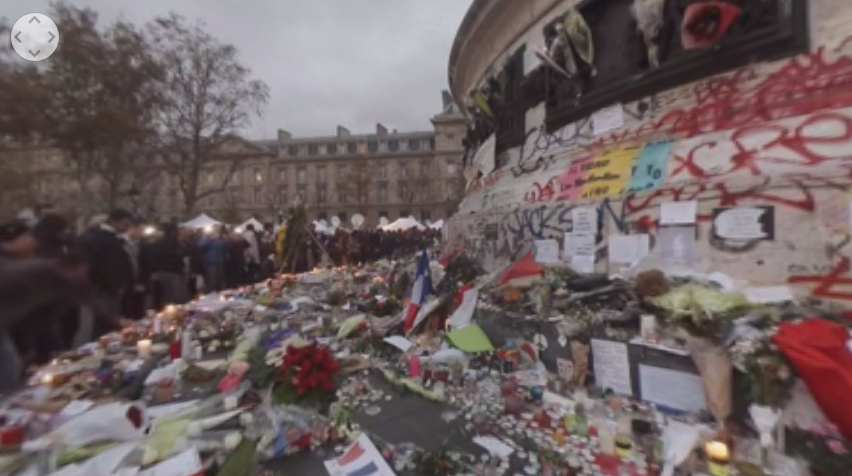 In October, the New York Times, a newspaper more than a 164 years old, became one of the first media outlets to integrate virtual reality in its news reporting. To mark the occasion, it gave one million of its subscribers free Google Cardboard headsets.

This week, reporters from the Grey Lady are in France documenting the aftermath of the recent terrorist attacks in Paris. In a newly released video streaming through the NYT VR app, the paper takes viewers to several of the many memorials and vigils that have sprung up across the city in the days following the November 13 terror attacks.

The hope, say the two reporters that worked on the story, is to help readers see for themselves the resilience of the people who just had immense tragedy visit upon their lives.

“As a reporting tool, virtual reality is still in its infancy; its power to create empathy is just beginning to be understood,” says the article accompanying the virtual reality video. “Using this medium, we aimed to create a more textured experience — the streets of Paris distilled to voices and spaces. Although the technology is evolving, it’s clear that this new frontier can soon become a crucial journalistic tool.”

For those that don’t know own a virtual reality headset, the video can be viewed on YouTube as well as Facebook.