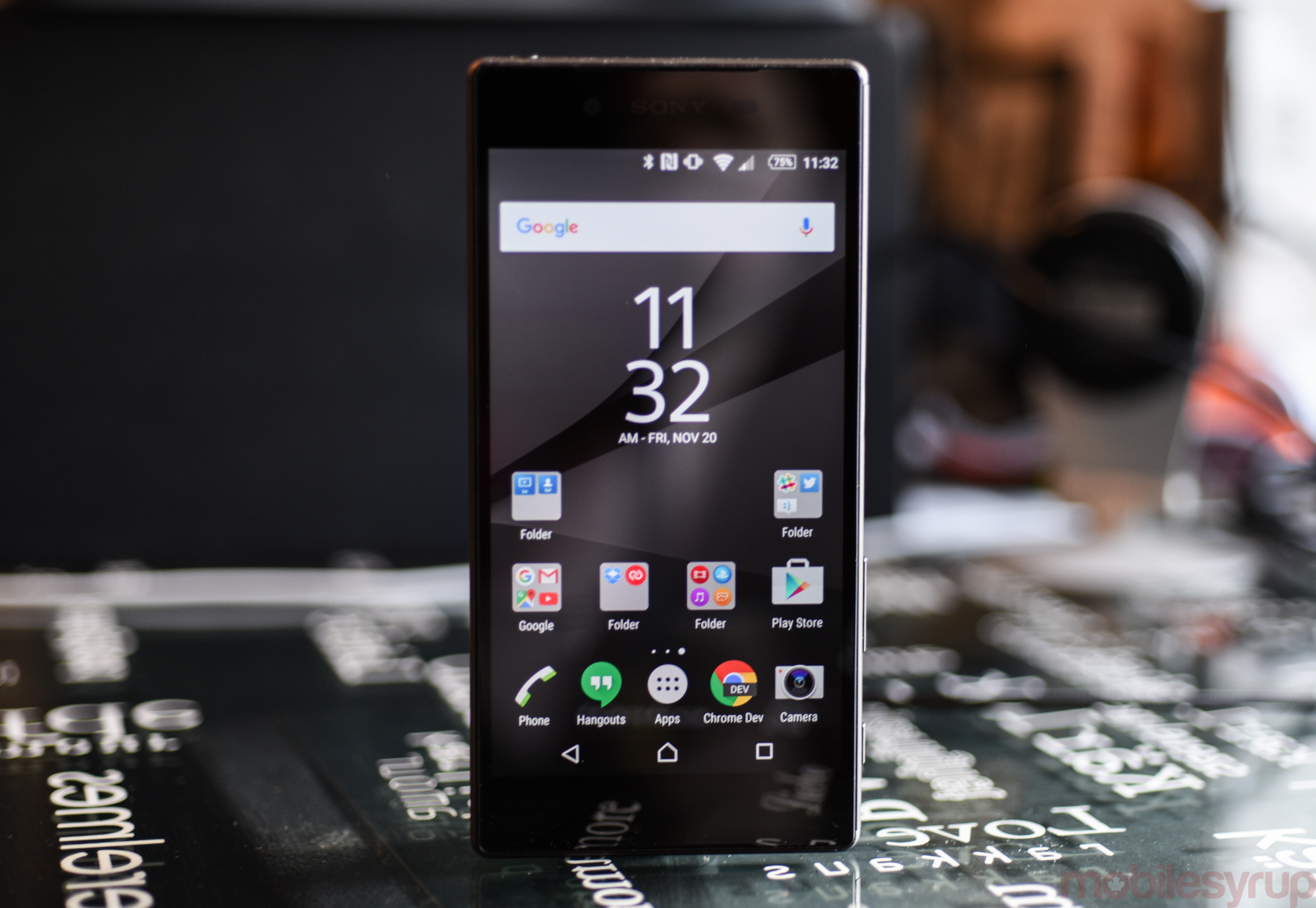 Sony doesn’t worry about what you think. It just makes phones that, year after year, epitomize refinement within the Android ecosystem.

The Xperia Z5 is technically the sixth iteration of the company’s seminal design language, which debuted in January 2013 with the Xperia Z. Now slimmer and lighter, the ensuing refinement in the last five generations hasn’t done much for Sony’s bank account, but it is becoming increasingly clear that the smartphone exists for company as a loss leader, a platform on which all of its other brands shine, from cameras to PlayStation to televisions.

The good news is that the Xperia Z5 is a great phone on its own, and a fashionable vehicle for Bell, Sony’s exclusive partner for the so-called Bond phone. But does Bell have a hit on its hands, and can the two companies find success? Let’s find out. 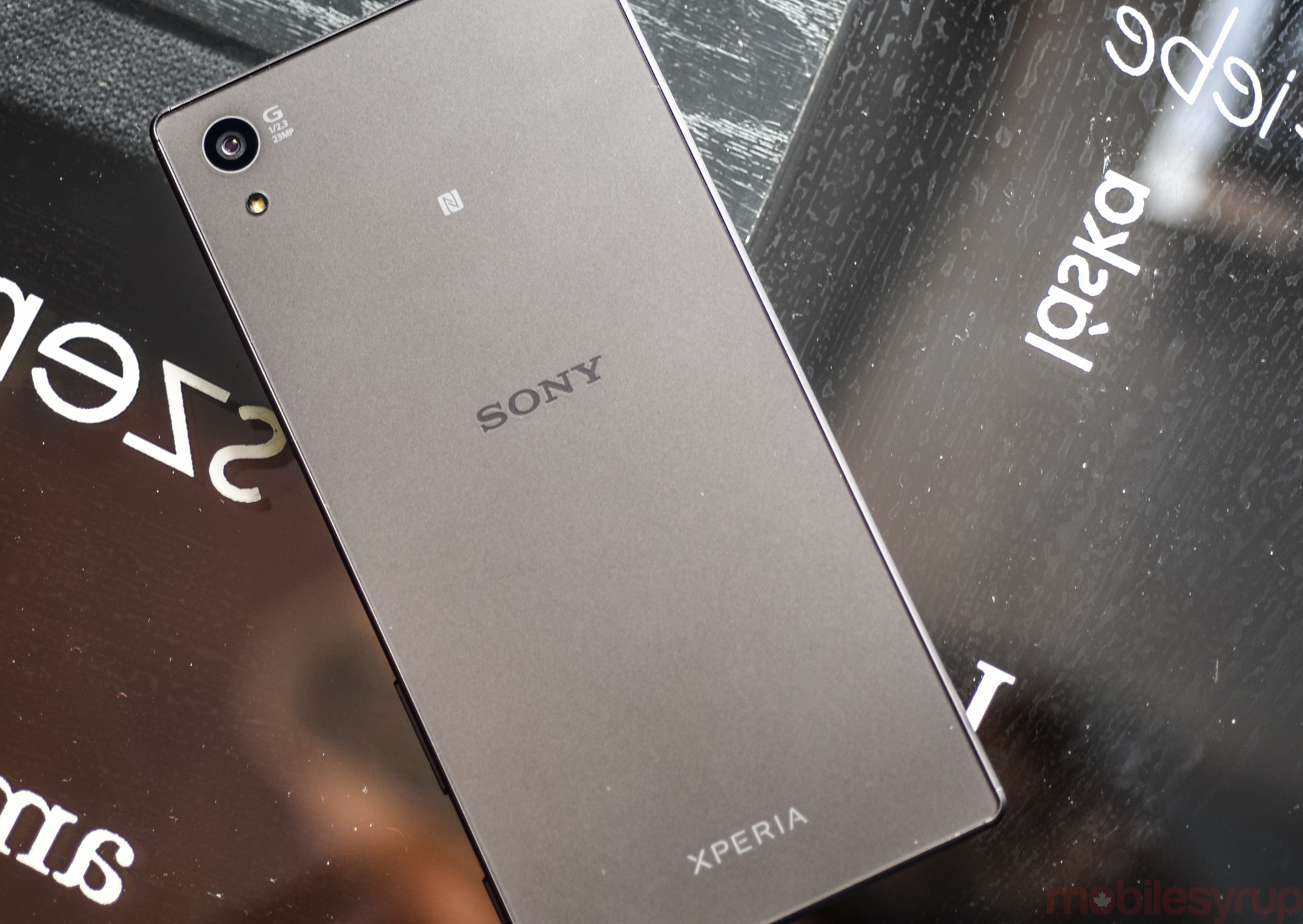 There were individual successes in the company’s previous devices leading up to the Xperia Z5 — battery, screen quality, camera — but it wasn’t until the Z3, released a year ago, that everything cohered into a truly competitive product.

This year’s model doesn’t deviate too much from that mold: the 5.2-inch device is still compact for its size, and features a metal frame with a glass back. The Z5 eschews the clear Gorilla Glass backing for frosted tempered glass, but Sony promises is it of the same hardness and scratch resistance — it just looks considerably nicer. 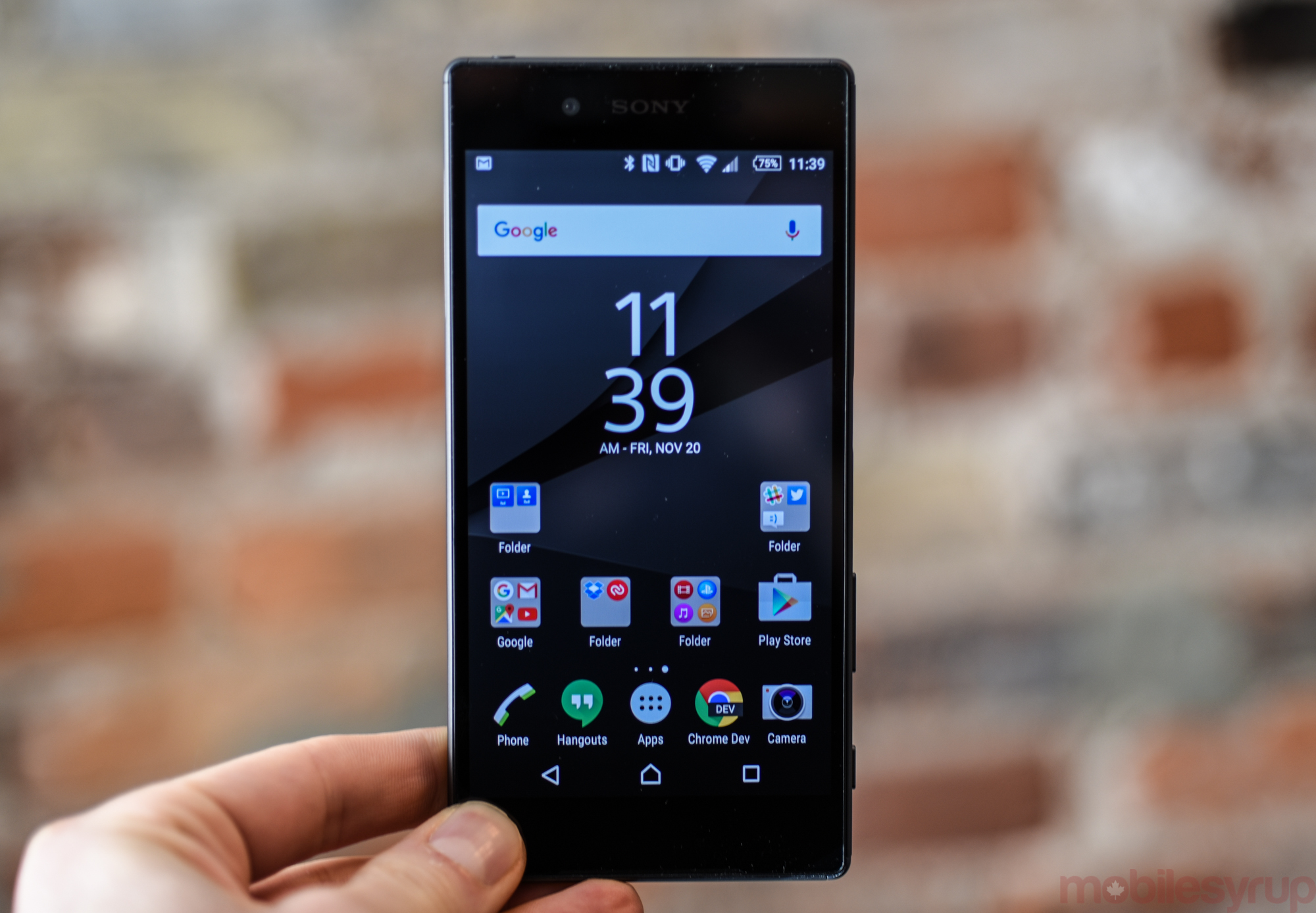 The phone also maintains what Sony calls an OmniBalance design, which amounts to an appeal for symmetry and, well, balance. The Z5 feels very usable in one hand, and is notable for its uniform weight throughout the chassis.

Elsewhere, Sony has eliminated all but one of the Xperia’s flaps, which, positioned on the left side of the frame, houses the improved SIM and microSD tray. No more fighting with the flimsy plastic to insert or exchange a SIM card. As all high-end Xperia products have been over the past three years, the Z5 is rated IP68 for water resistance and dust-proofing. And while Sony has demurred from calling the Xperia Z5 waterproof, it should withstand the odd splash or dip in the sink.

Curiously, the Xperia Z5 is no longer the company’s flagship product; that honour goes to the Z5 Premium, whose 5.5-inch 4K display is set to debut on Bell by the end of the month. Sony has struck a nice balance between weight, screen size and comfort with the Z5, and despite its angular chassis, it proved to be as amenable to one-hand usage as any high-end Android phone I’ve tested this year. 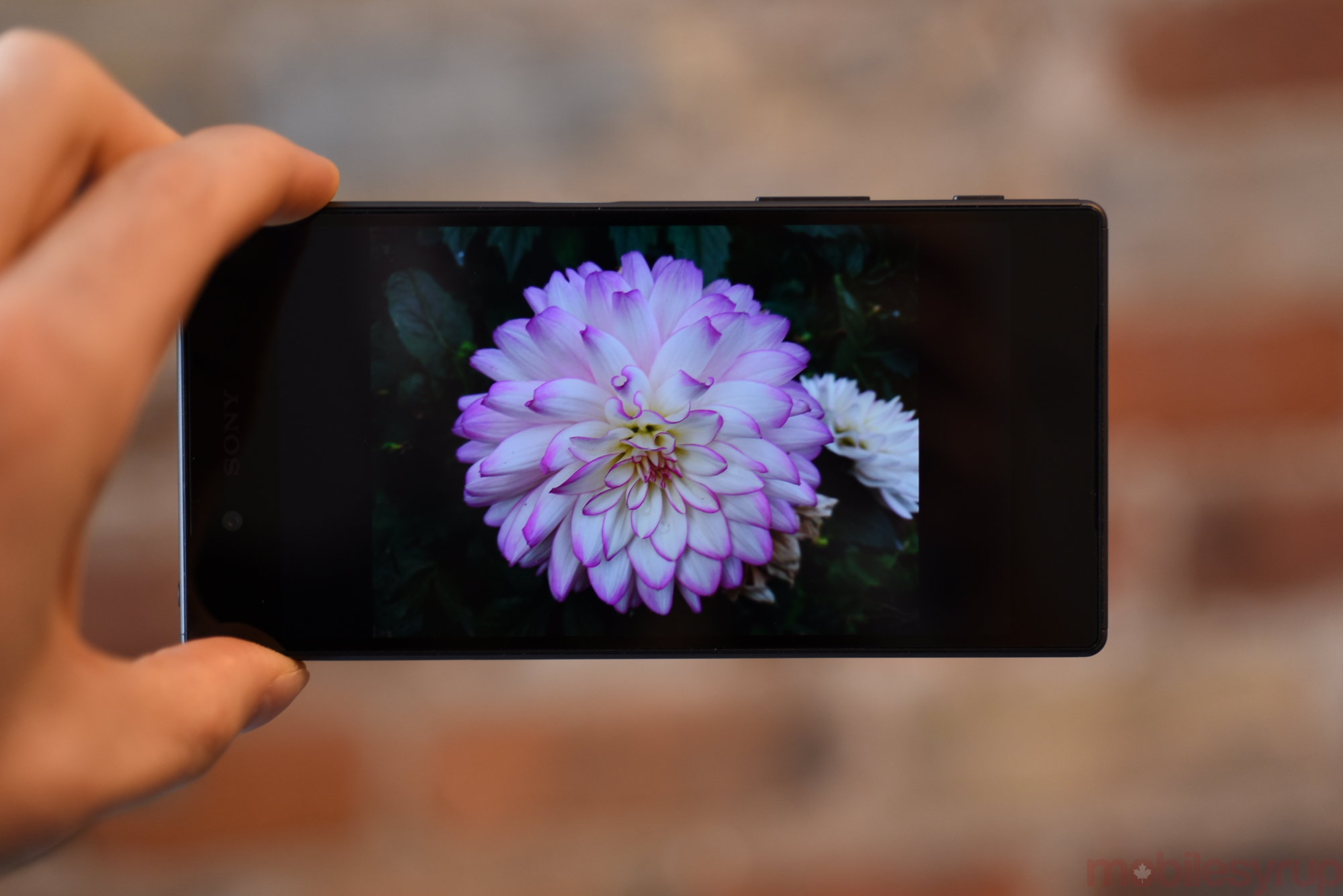 Comfortable to maintain a just-fine screen resolution of 1080p, the Xperia Z5’s display is moderately improved over the company’s previous panels, with rich, deep colours and impressive contrast for an IPS display. No one is going to be disappointed with this display, one that feels very close to the phone’s glass surface. 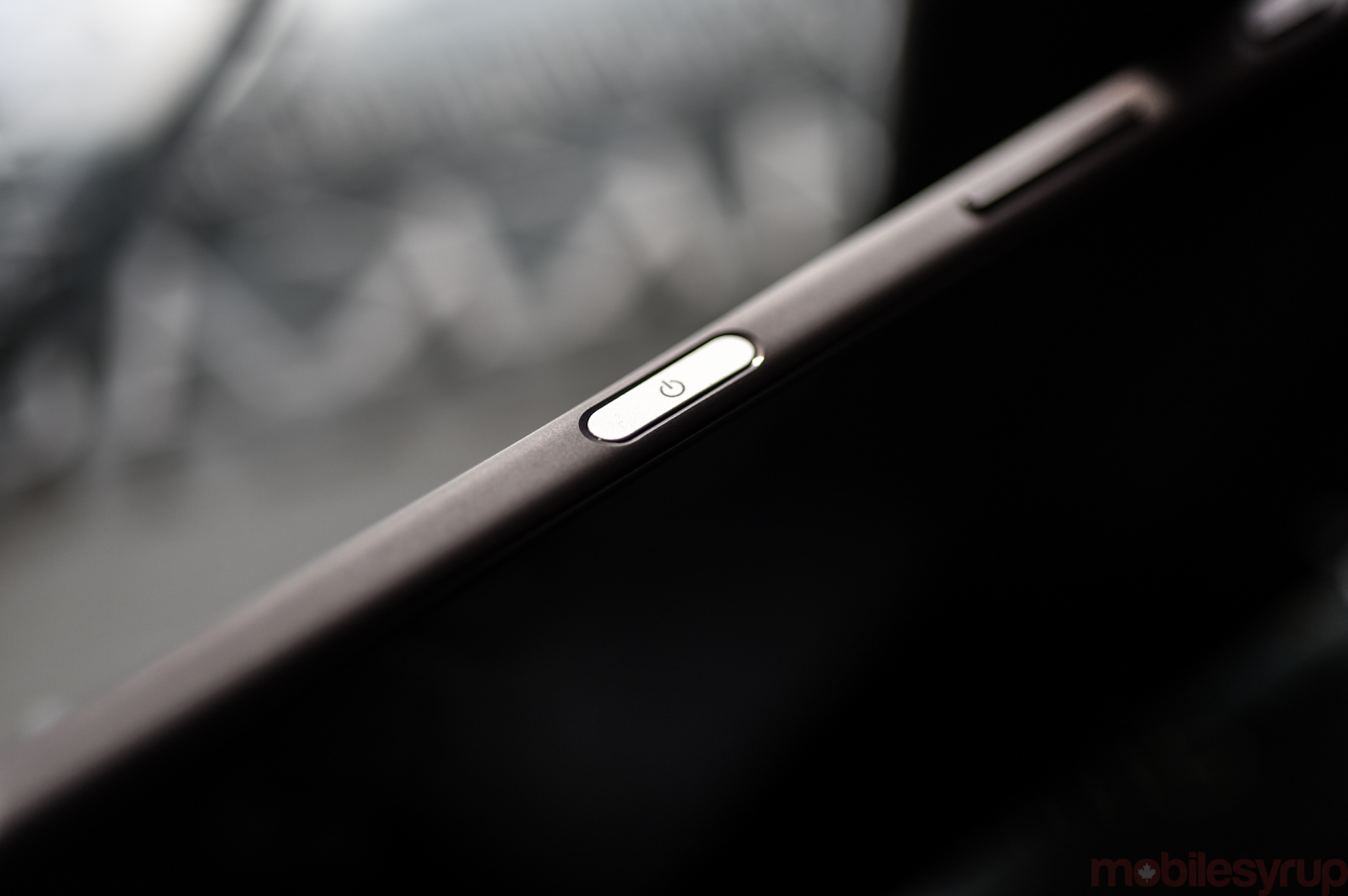 Around the side, the major addition to the Xperia canon this year comes in the transformation of the steel nub power button to a broader, flat aluminum plate that houses a fingerprint scanner.

This year has seen an explosion of fingerprint sensors in the Android handset market, from the front-mounted Galaxy S6 (and its three siblings) to the back-mounted Nexus 6P and 5X, to this one, a logical and natural placement for both a power button and its biometric symbiote. The problem here is with the sensor’s accuracy, not its placement; the Xperia Z5 proves considerably less reliable than the aforementioned products, affected by placement, sweat and a host of other factors that do not seem onerous to the iPhones, Galaxys and Nexuses of the world.

Of particular frustration is the need to turn on the display with the power button before the fingerprint can be read, turning unlocking into a two-step process, a frustration I’ve had with the iPhone since Touch ID was added in 2013. 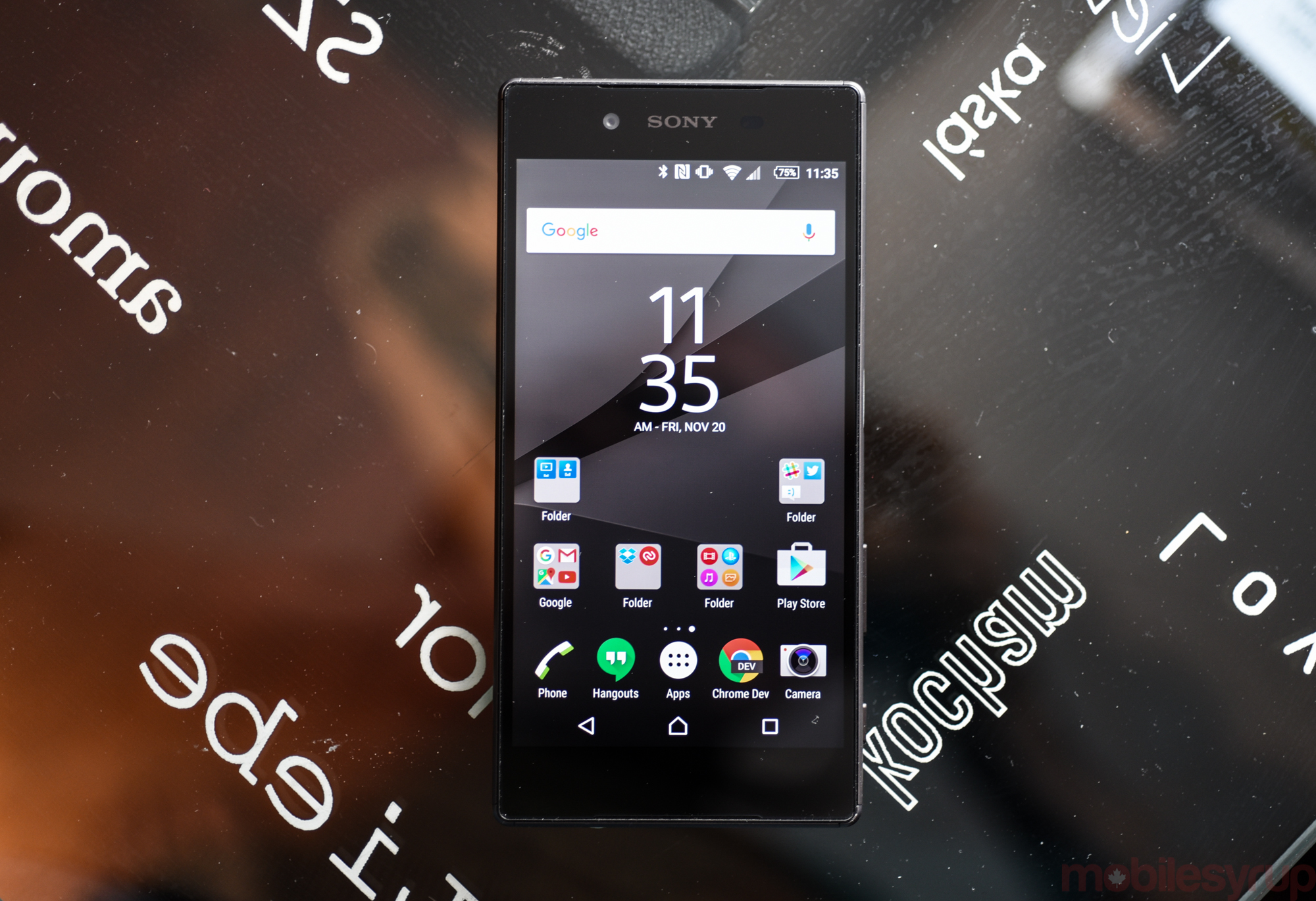 Much ado was made about Qualcomm’s Snapdragon 810 chip when it was released earlier this year — the chip that happens to power the Xperia Z5 — but it’s safe to say that despite its tendency to throttle clock speed under heavy load, there is nothing inherently wrong with its design. The Xperia Z5 has been one of the most consistently speedy Android phones I’ve used this year, buoyed by Sony’s lightweight skin on top of Android 5.1.1 Lollipop.

Yes, it would have been nice to see Marshmallow at launch — and Sony doesn’t have a great track record of speedy updates in Canada — but we’ve been assured that it won’t be long until the phone sees Google’s new software. 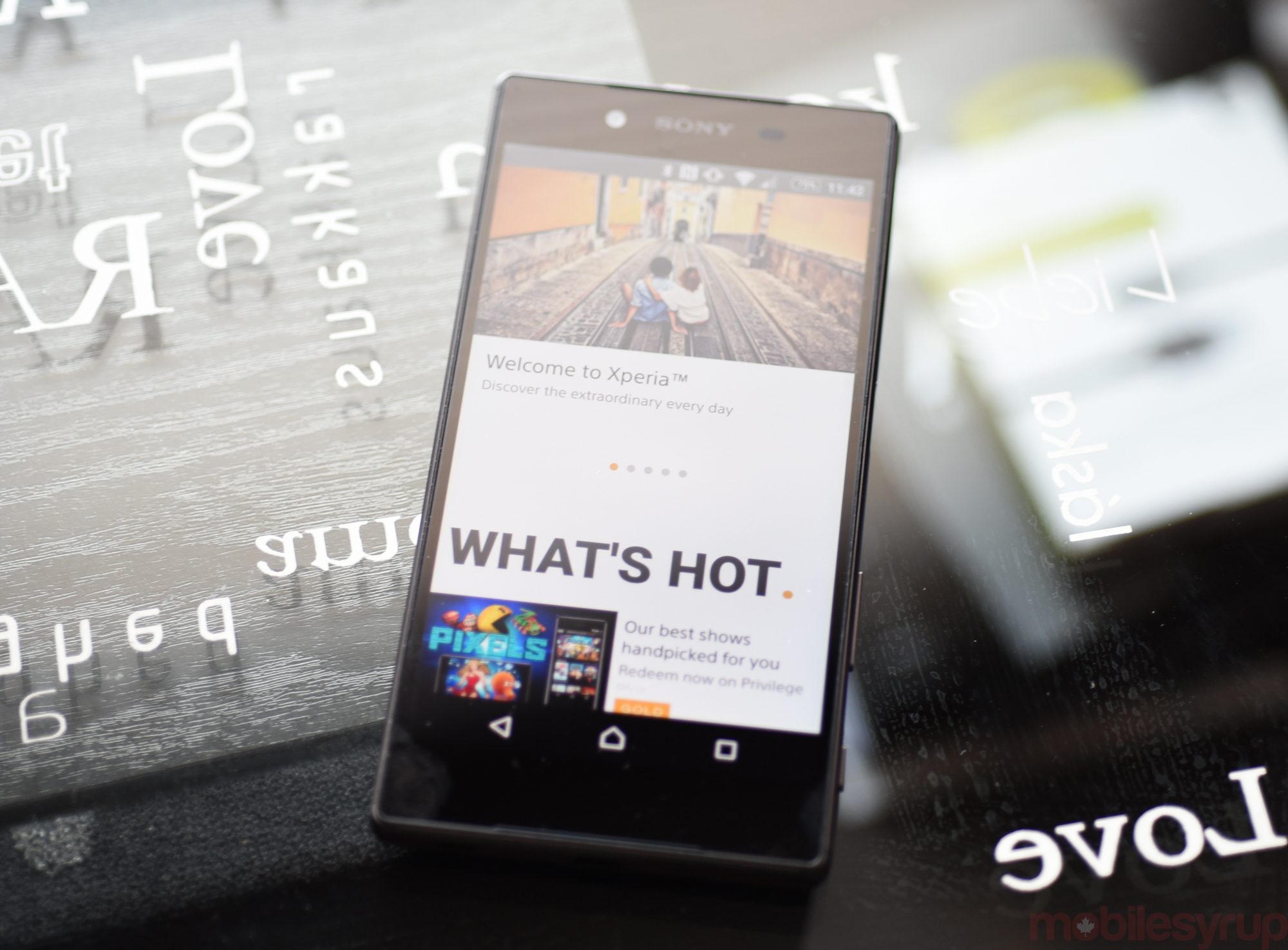 The question is whether Sony’s smartphone, a vehicle for the company’s other brands, is aided or encumbered by its numerous pre-installed applications. Apps like Xperia Lounge, which purports to be a portal for Sony’s many content partnerships, from Spotify to Vevo to Sony Movies, merely push you into other apps.

For example, each Sony Xperia Z5 owner is generated a code for the redemption of three movie downloads; the code is obtained through Xperia Lounge, while the films are picked and downloaded through a stunningly bad app called Privilege Plus, which is not connected in any way to Sony’s other movie downloading service, PS Video. As companies like HTC and Samsung are minimizing the duplication of Google’s services on their Android phones, Sony’s sustained reliance on such measures feels anachronistic. 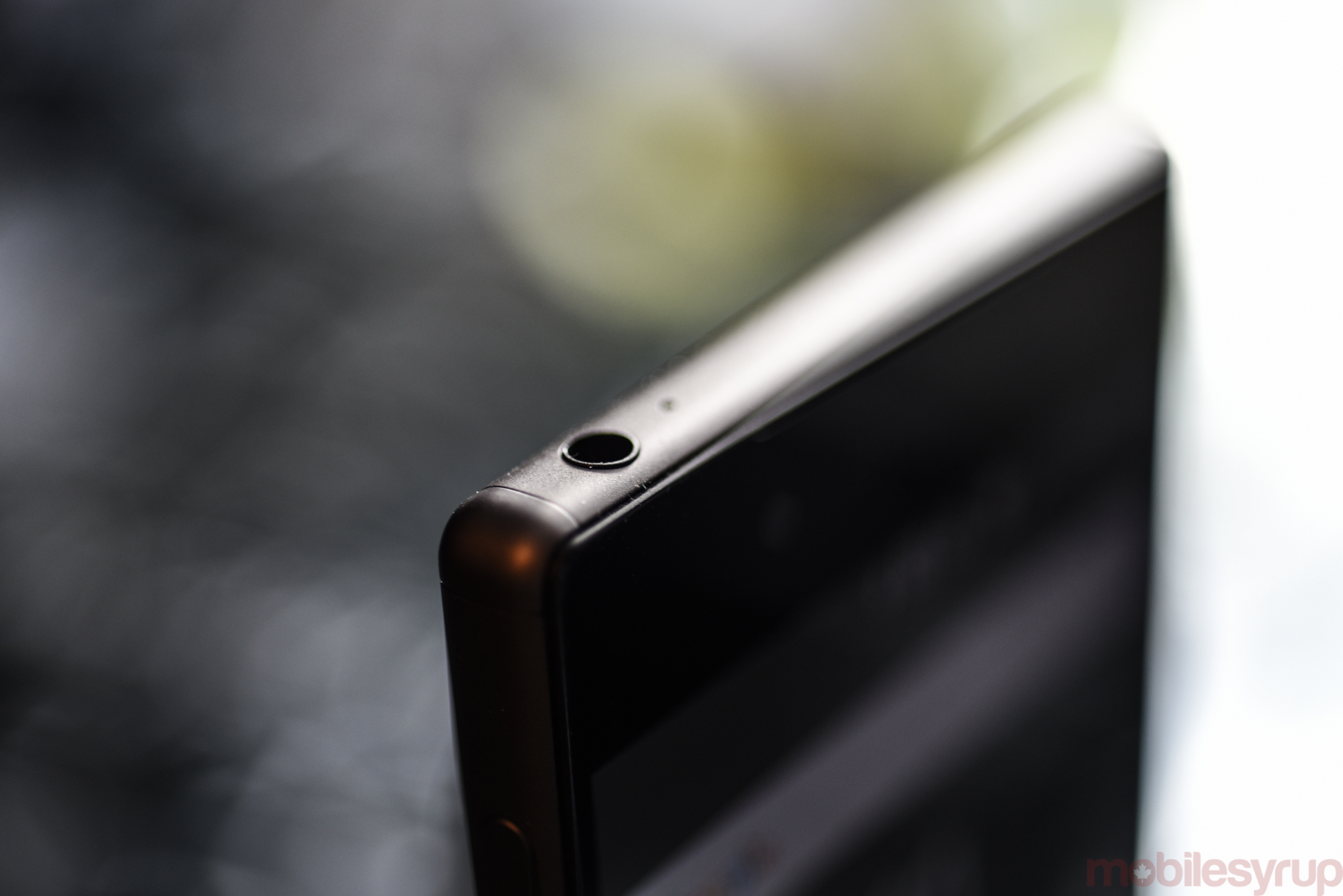 This being a Bell-branded device, there are a few pre-loaded apps from Canada’s blue carrier, but I am impressed with the restraint shown over just a couple of years ago.

Whereas previously we’d see pre-loaded stubs for terrible games and unnecessary navigation tools, today Bell only pushes a couple of its apps — useful, well-designed ones at that — that can be disabled through Android’s software manager, if necessary. 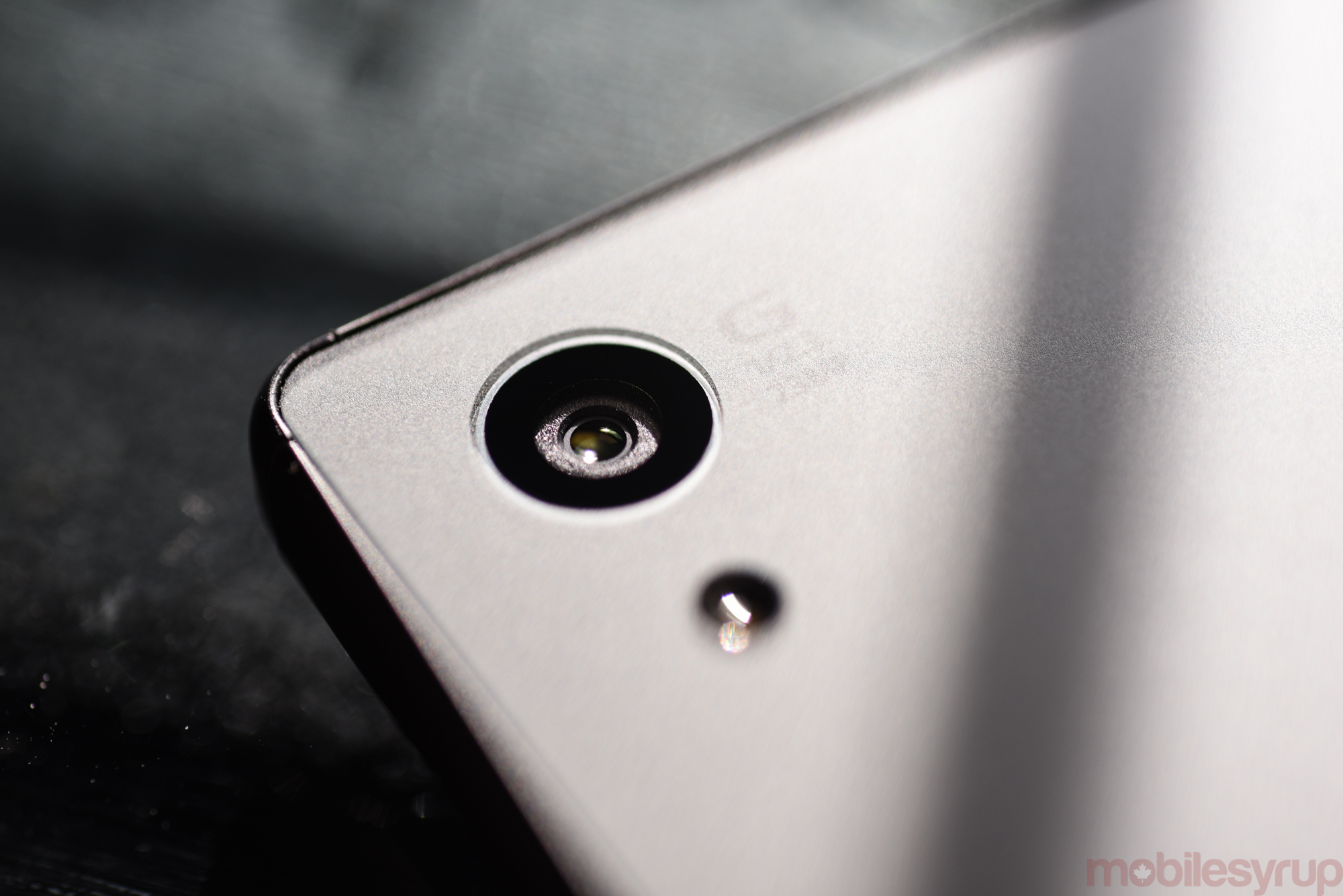 Of course, the star of the Xperia Z5, and one of the reasons to consider it over many other Android devices, is that 23MP 1/2.3″ Exmor RS sensor, the first major upgrade to Sony’s optics since the Xperia Z1. 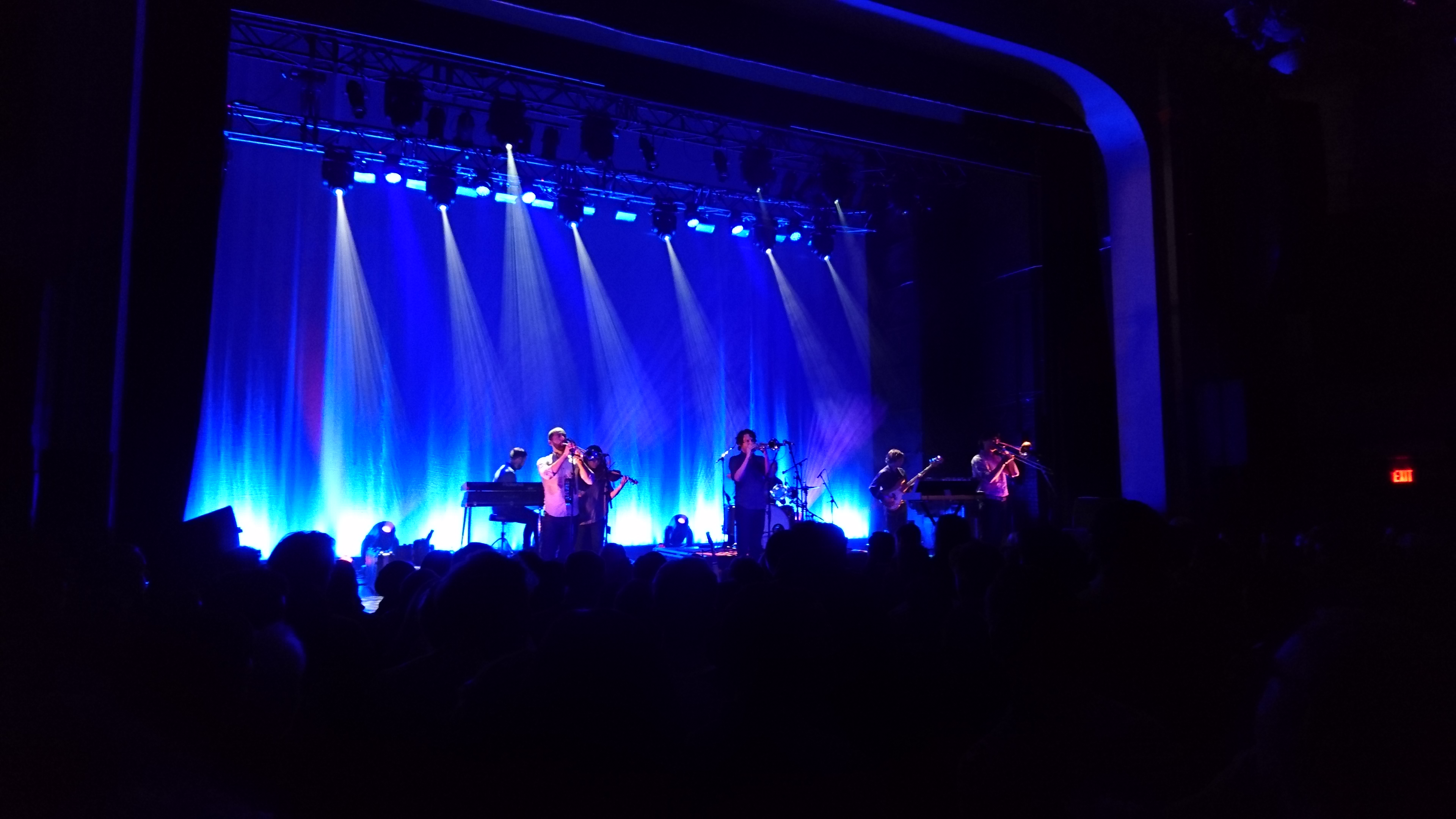 An example of a well exposed low-light shot

This being a relatively large sensor, the sheer number of pixels — 23 million of them — does not negatively impact the size of the pixels themselves. This means that Sony’s promise of excellent low-light photography should be intact.

The device is capable of capturing some wonderful photographs; its dual-level shutter button and near-instant camera loading speed are great for candid moments, and its well-designed camera app (this was written after the company rolled out a significant upgrade to its UI) finally makes navigating between various features understandable and intuitive. 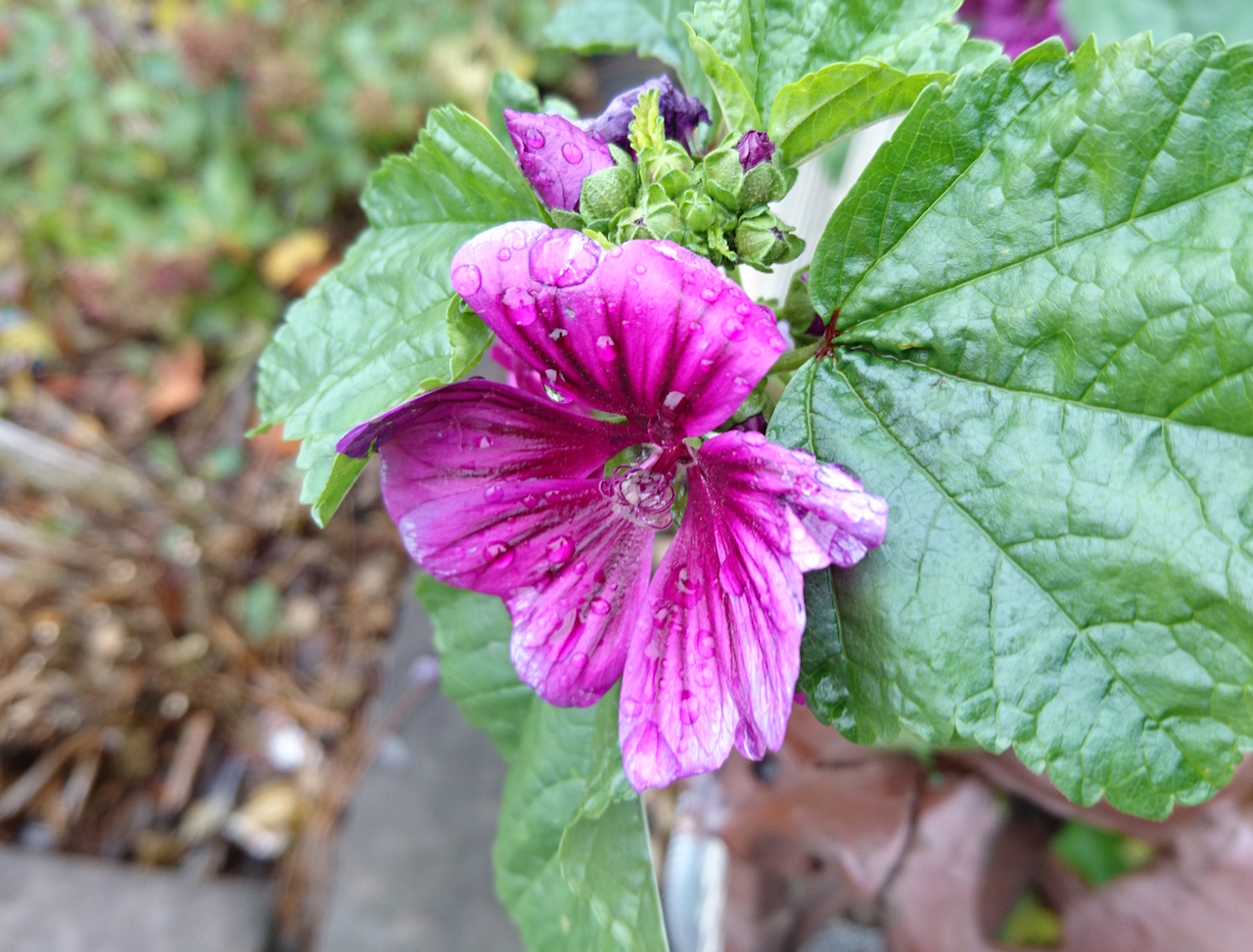 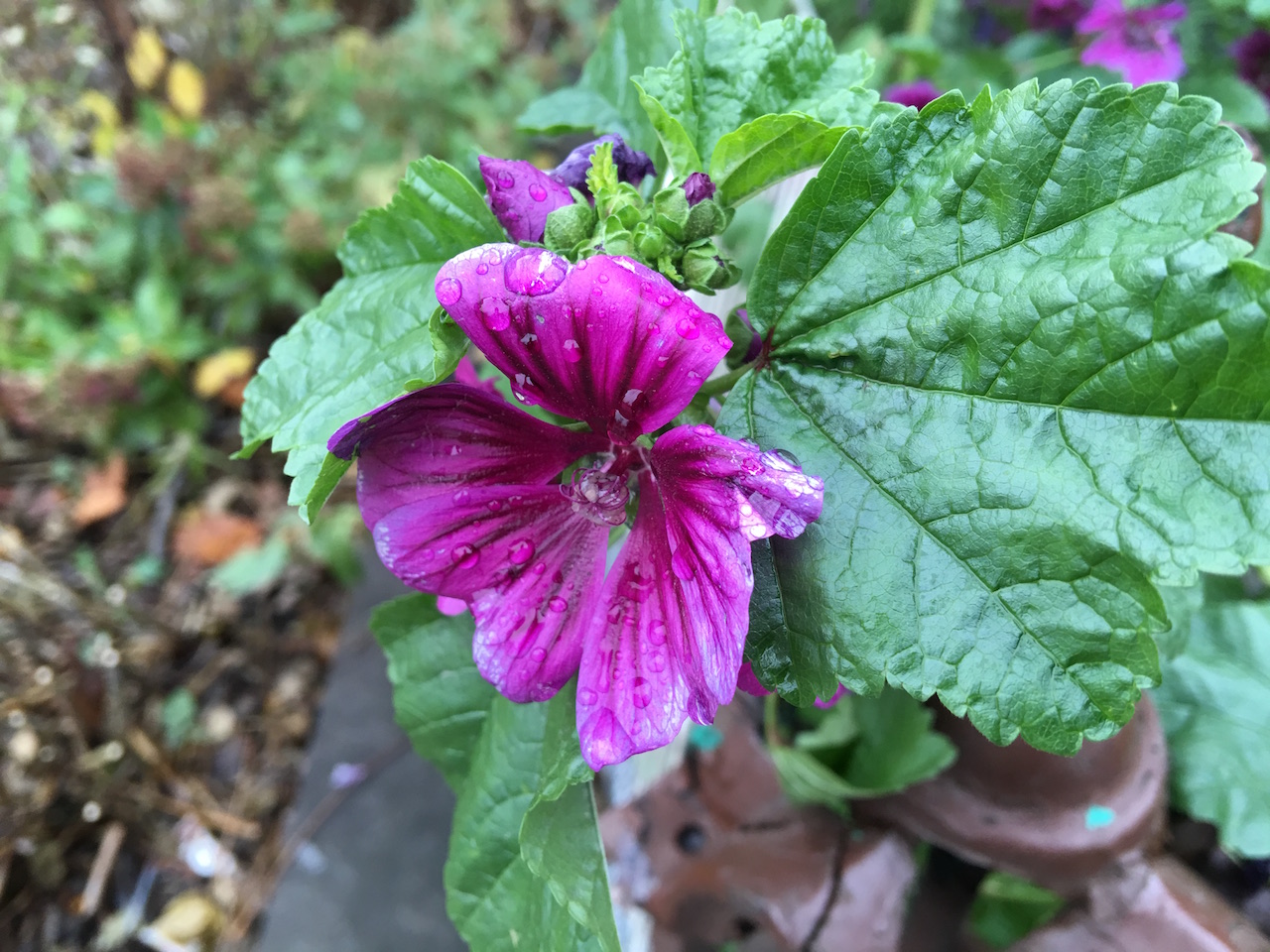 Sony’s narrative has always been that its Xperia cameras set the standard for mobile photography, but in previous years something tended to get lost in translation.

Be it hyperactive post-processing muddling a shot’s finer details, or underwhelming low-light photos let down by software stabilization, Sony’s sensors tend to be more well regarded in competing devices — iPhones, Galaxys, etc — than on its own. 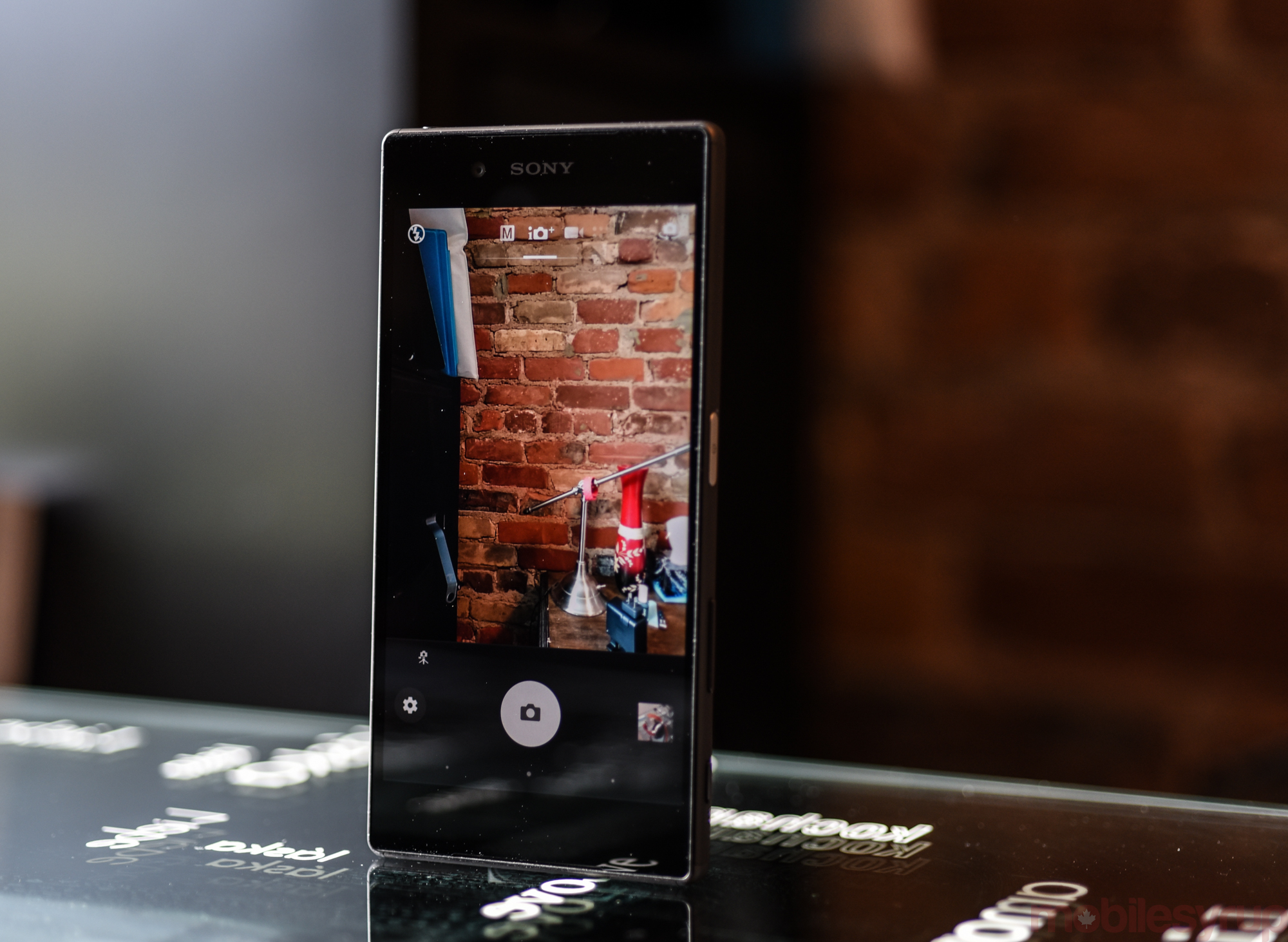 This year, things are significantly better for the company, but it meets a jaw-dropping number of similarly-outfitted smartphones from Samsung, LG and even the Nexus line.

The Xperia Z5 has a few advantages: its shutter button is very useful; and its Superior Auto mode fairly accurately interprets the correct presets for a particular scene, from macro to backlit to daylight landscape. 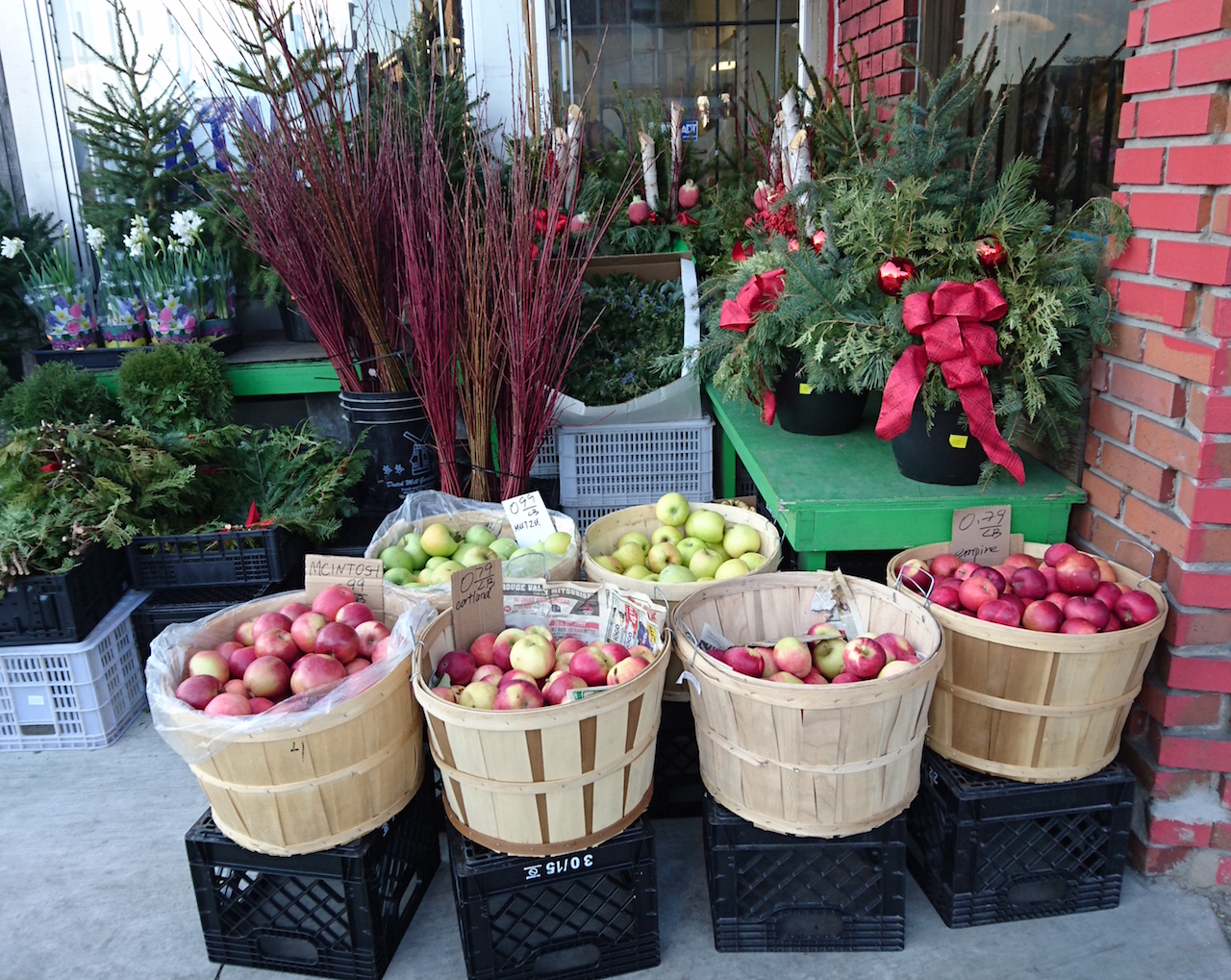 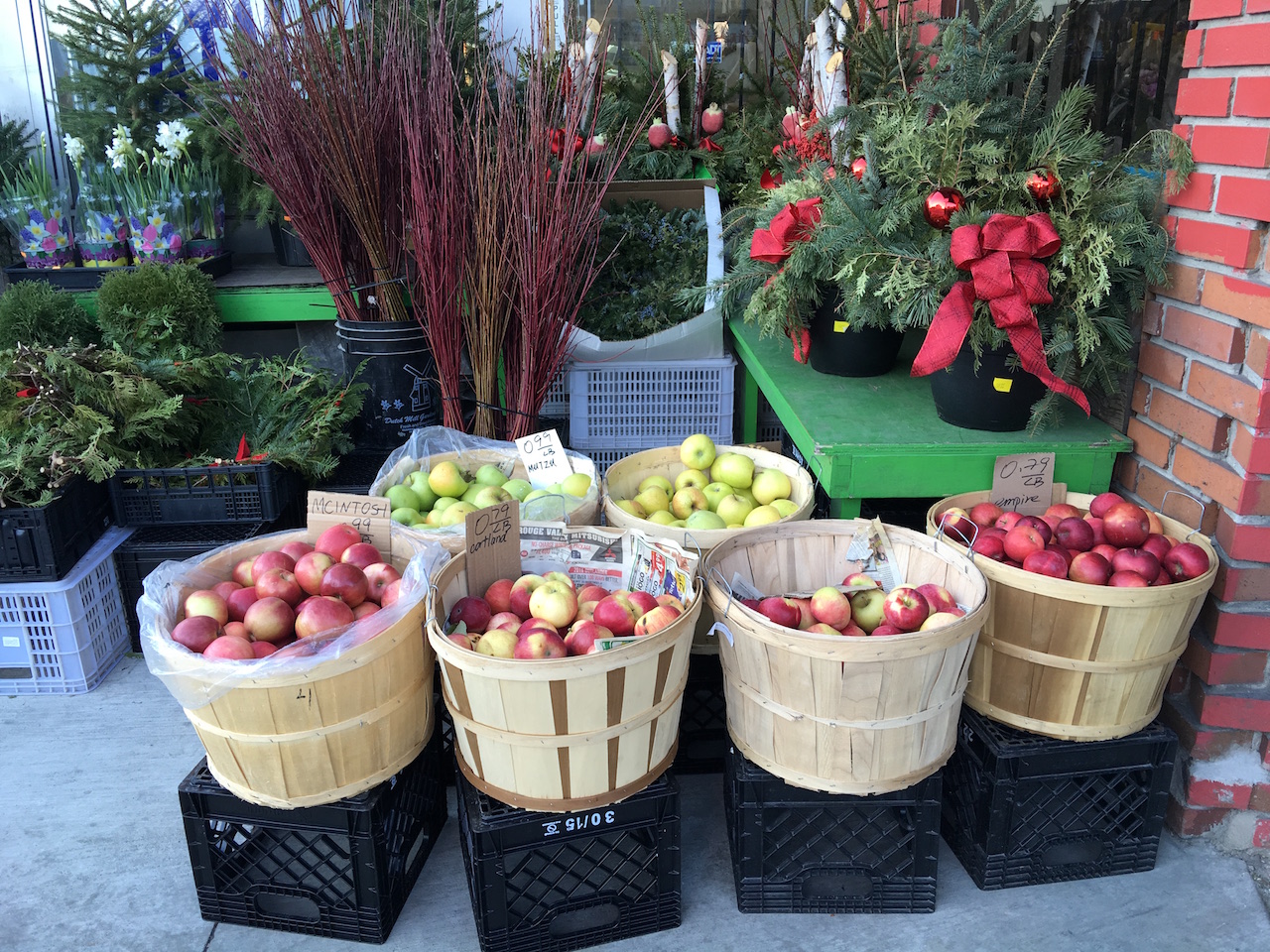 By default, Superior Auto shoots eight megapixel photos, using a process called oversampling to eke out as much detail from the denser camera sensor. All of those pixels are ultimately accessible through an underwhelming manual mode, which, unlike the equivalent from Samsung, LG and HTC, restrict users to changing just exposure, ISO (light sensitivity) and white balance. No shutter speed options; no manual focus. 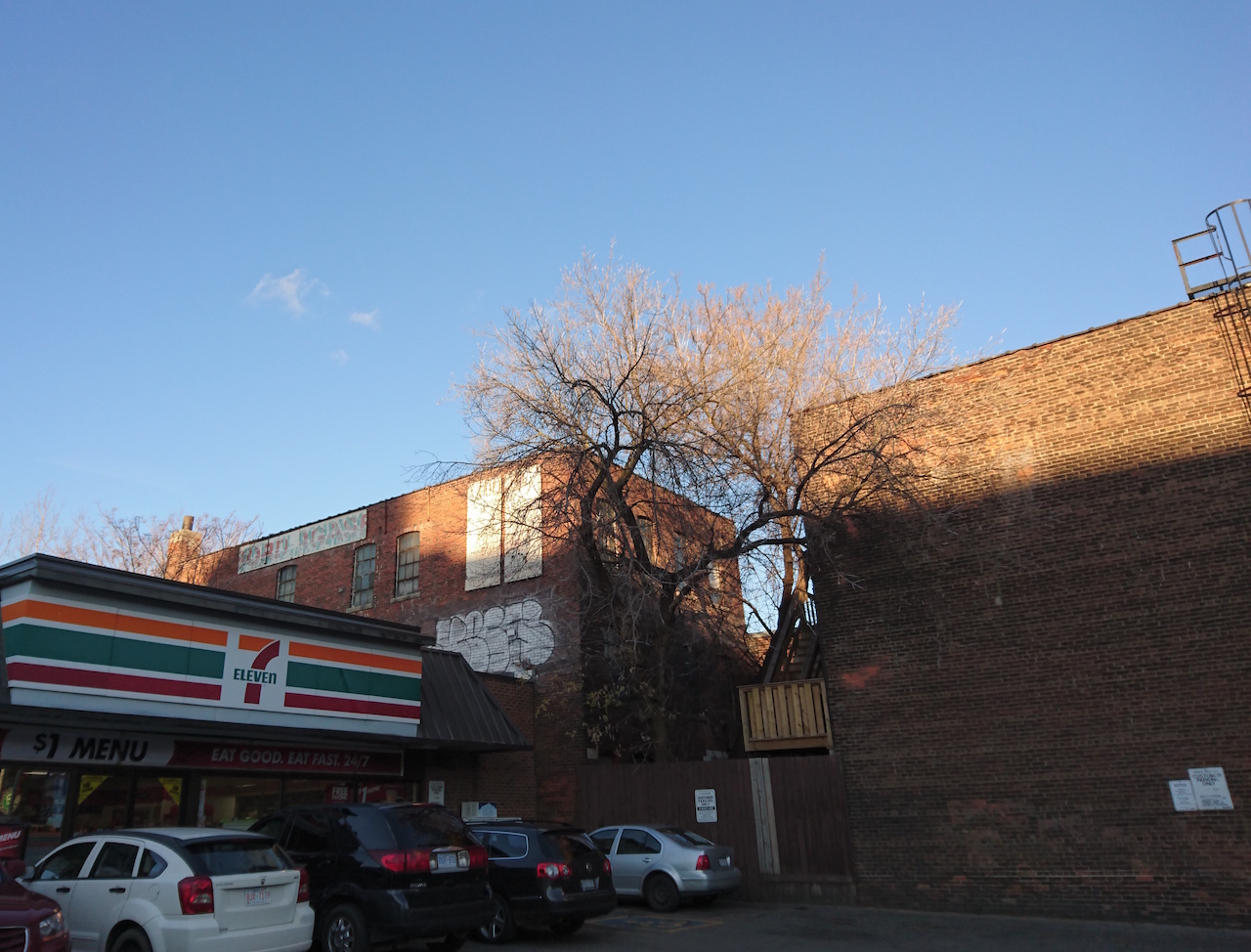 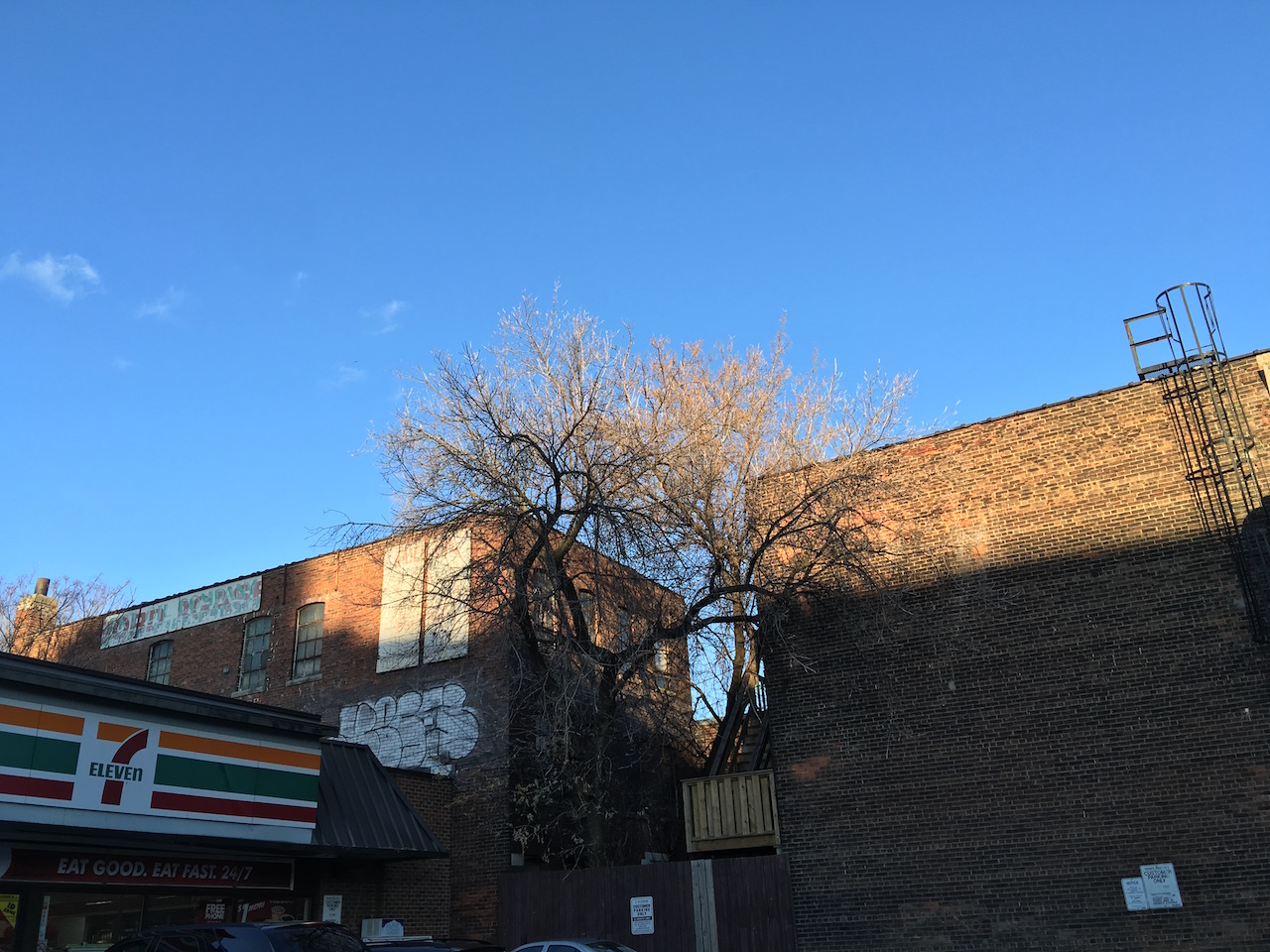 Sony’s promise of improved results with the Xperia Z5 are not exaggerated, though. The phone takes some fine photos in nearly every lighting situation, without marring the details of a subject. Despite the relatively wide 24mm equivalent focal length, the F2.0 lens is capable of some fantastic close-up macro photos, and Sony’s HDR mode, when manually enabled, is excellent.

It is clear, though, that Sony’s colour reproduction is much warmer than the iPhone 6s Plus’s, which tends to be bluer and, in many cases, truer to life. And, when zoomed in, Sony’s edge smoothing post-processing damages the finer details of a shot.

That prowess extends to video capture, which utilizes a software stabilization method that is considerably better than anything Sony has integrated in its past products, and nearly as good as devices with optical image stabilization. Only minor shake can be detected in the scene when compared to the optically stabilized iPhone 6s Plus, which admittedly does a better job.

The camera can also capture 4K video, a feat it was once known for, but is now among a dozen other devices with the same capabilities. Thankfully, Sony has excised the five-minute limit of 4K capture, though the camera app is quick to warn of overheating which, thankfully, I never encountered. 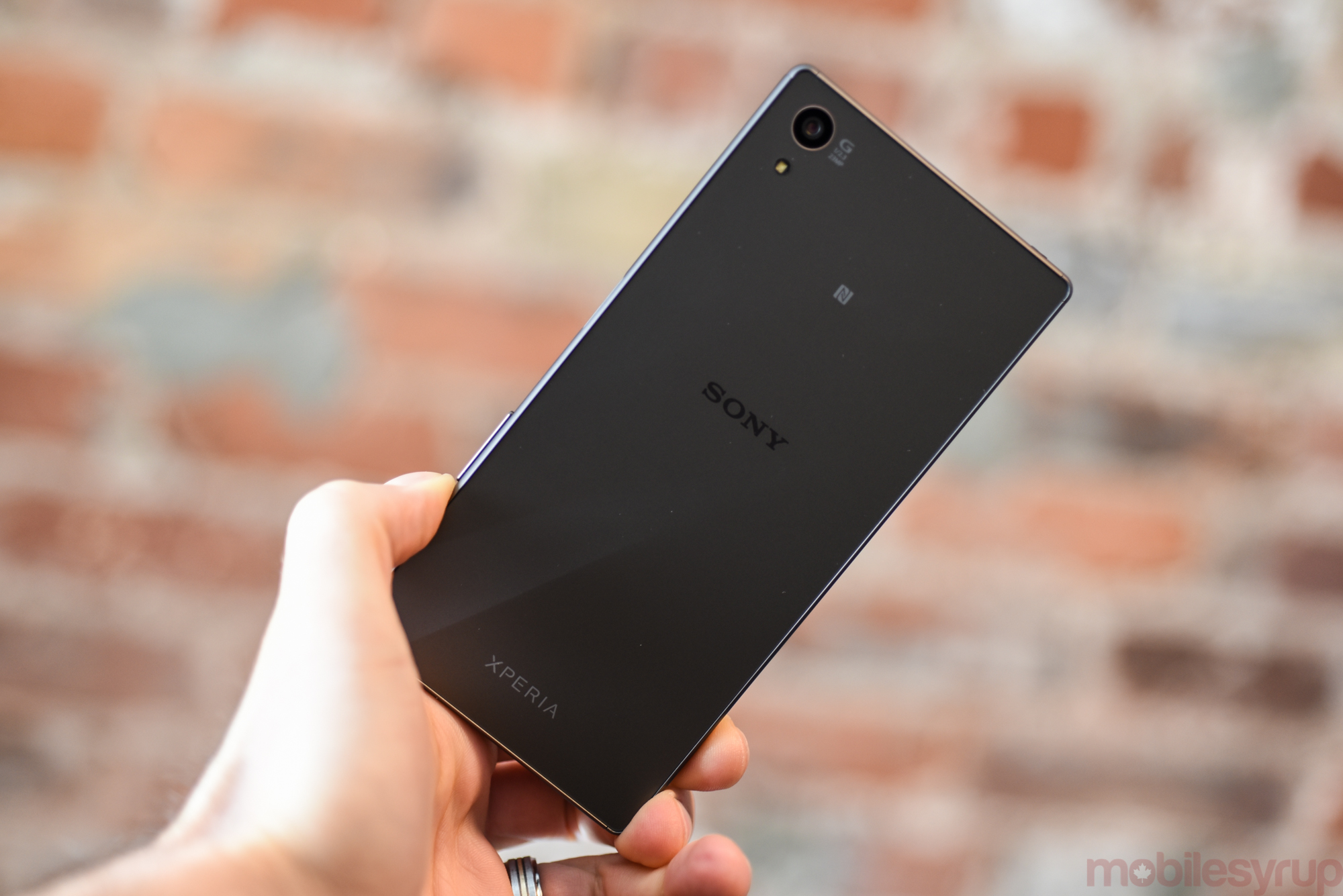 Elsewhere, the Xperia Z5 mostly lives up to its impressive two-day battery claims, despite a slightly smaller cell than the Z3. The 2,900mAh battery lasts anywhere from 18 to 24 hours with daily usage, and in our controlled tests remained awake for just over 12 hours. And while the device doesn’t have wireless charging support, its ability to fast charge using a Quick Charge-compatible adapter, makes it one of the most versatile devices on the market.

Sony’s standby performance was always among the best in the industry, but with the release of the Nexus 6P and its new Doze and App Standby features, which will eventually make it to this phone, Sony’s advantage has been diminished. Still, a high-performance, waterproof phone that takes great photos and lasts a day and a half to two days with moderate use is what I would call a very successful handset.

The phone also connects to Bell’s LTE network at 150 megabits per second, and makes decent-sounding phone calls from either the headpiece or projected through the dual front facing speakers, loud and thin. Sony has also thankfully boosted the base amount of storage from 16 gigabytes to 32 gigabytes, while maintaining the microSD slot that, once the phone reaches Marshmallow, should become significantly more useful by being able to meld with the core storage volume. 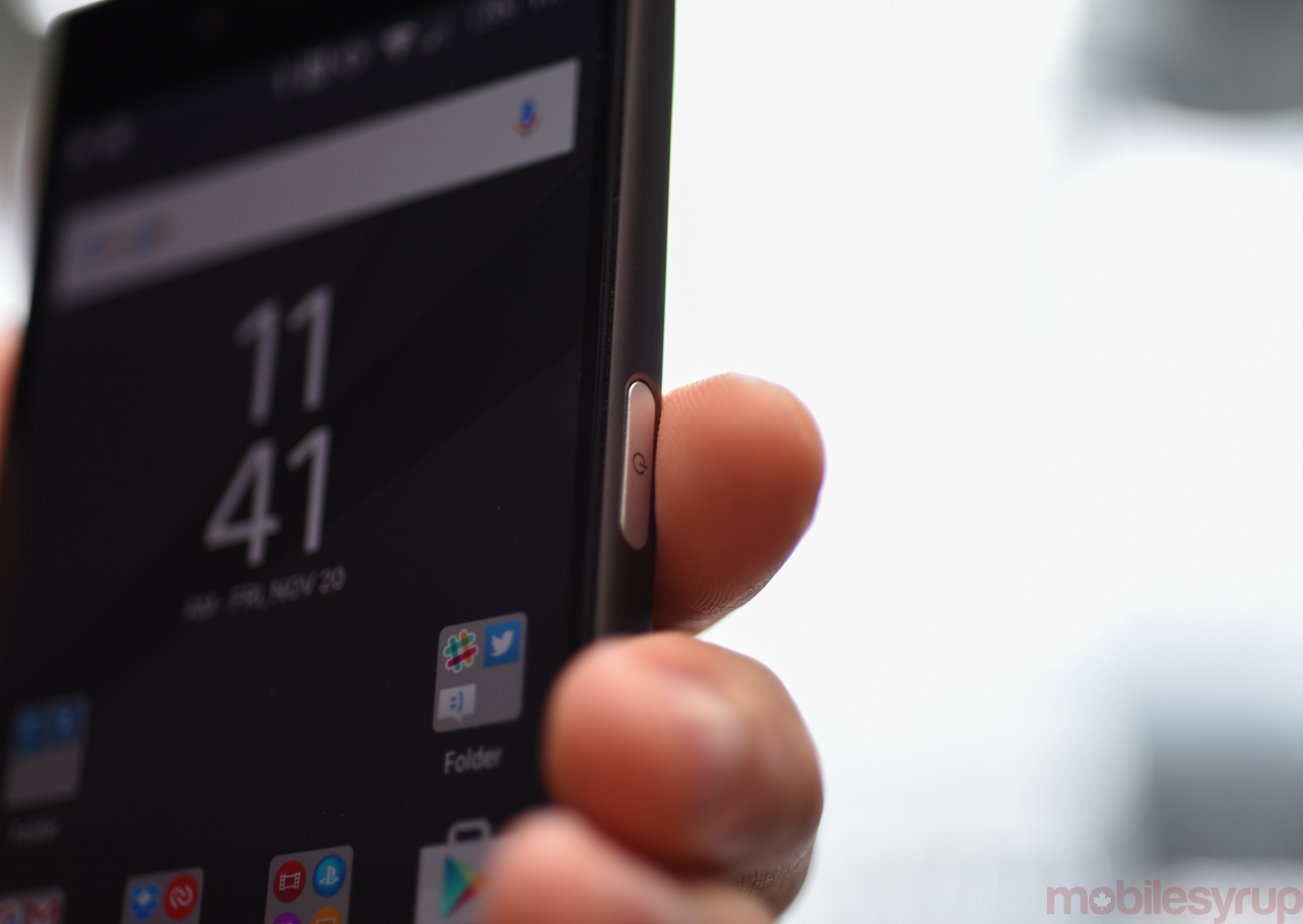 The question is whether the Xperia Z5 will get lost in the sea of impressive Android hardware. And with Bell on the cusp of launching the Xperia Z5 Premium, a device that will, for better or worse, likely garner more attention than its smaller, more conservative sibling, the Xperia Z5’s exclusivity may be its undoing.

Currently listed at $199.99 on a 2-year term or $649.99 outright, the Xperia Z5 is easily one of the best devices released this season, but it fails to outclass Samsung’s excellent Galaxy S6, nor the recently-released Nexus 6P, which costs the same on contract.