Urbery delivers groceries and booze to Torontonians in two hours

New York-based alcohol-on-demand app Thirstie entered the Canadian market in Toronto and Ottawa in October, and now Toronto’s Urbery is looking to grab space on your smartphone.

Urbery, which is similar to Waterloo-based Grocera, is currently available on iOS devices and the web and is limited to people living in Toronto. The company was founded by Mudit Rawat, who promises your groceries and alcohol will be delivered to your door in under two hours.

The service hops on the crowdsourcing market and has a fleet of “vetted and highly trained personal shoppers,” called Grocery Gurus, that pick out the items on your grocery or alcohol list.

Customers can pick the grocery items they want as well as schedule delivery times. Once your order is received, the “Grocery Guru texts you as they shop if needed, checking on any special requests and ensuring you get exactly what you want.” In addition, similar to Uber, you will receive a picture of the Grocery Guru, information on their vehicle, and contact details in case you need to get in touch with them. 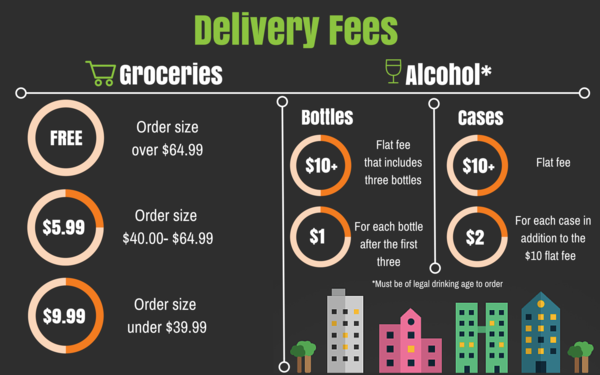 Urbery is available in midtown Toronto and the plans are to expand to the west end and into North York by the end of the winter. The company plans to expand to Ottawa, Montreal, and parts of the United States in 2016.