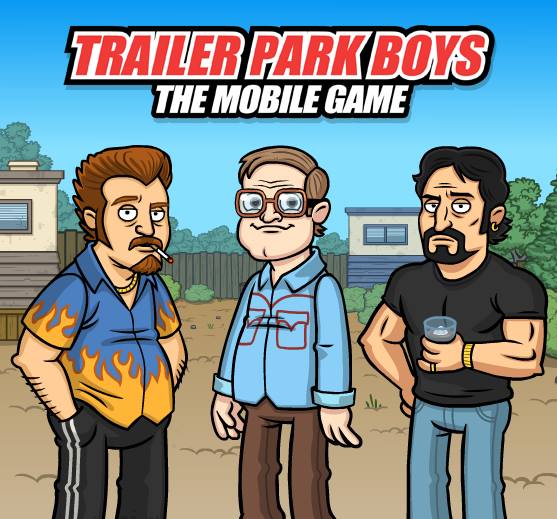 Trailer Park Boys, a mockumentary focused on the lives of three degenerates living in a trailer park, is a divisive series. People seem to either love the homegrown Canadian television show that started on Showcase and recently found new life on Netflix, or absolutely detest it.

And now, playing off the series’ recent revival, Vancouver-based developer Eastside Games, the studio that also fittingly developed Pot Farm, is creating a mobile game based on the lives of the series’ stars, Ricky, Julian and Bubbles, as well as Sunnyvale Trailer Park’s other colourful residents.

“We’re all fans of the show, and we’re working closely with the Boys to deliver a game we know fans, as well as people who may not be familiar with the franchise are all going to love,” said Jim Wagner, the producer of Eastside Game’s Trailer Park Boys title.

Trailer Park Boys the mobile game is set to release at some point in early 2016. The game is expected to come to iOS as well as Android.