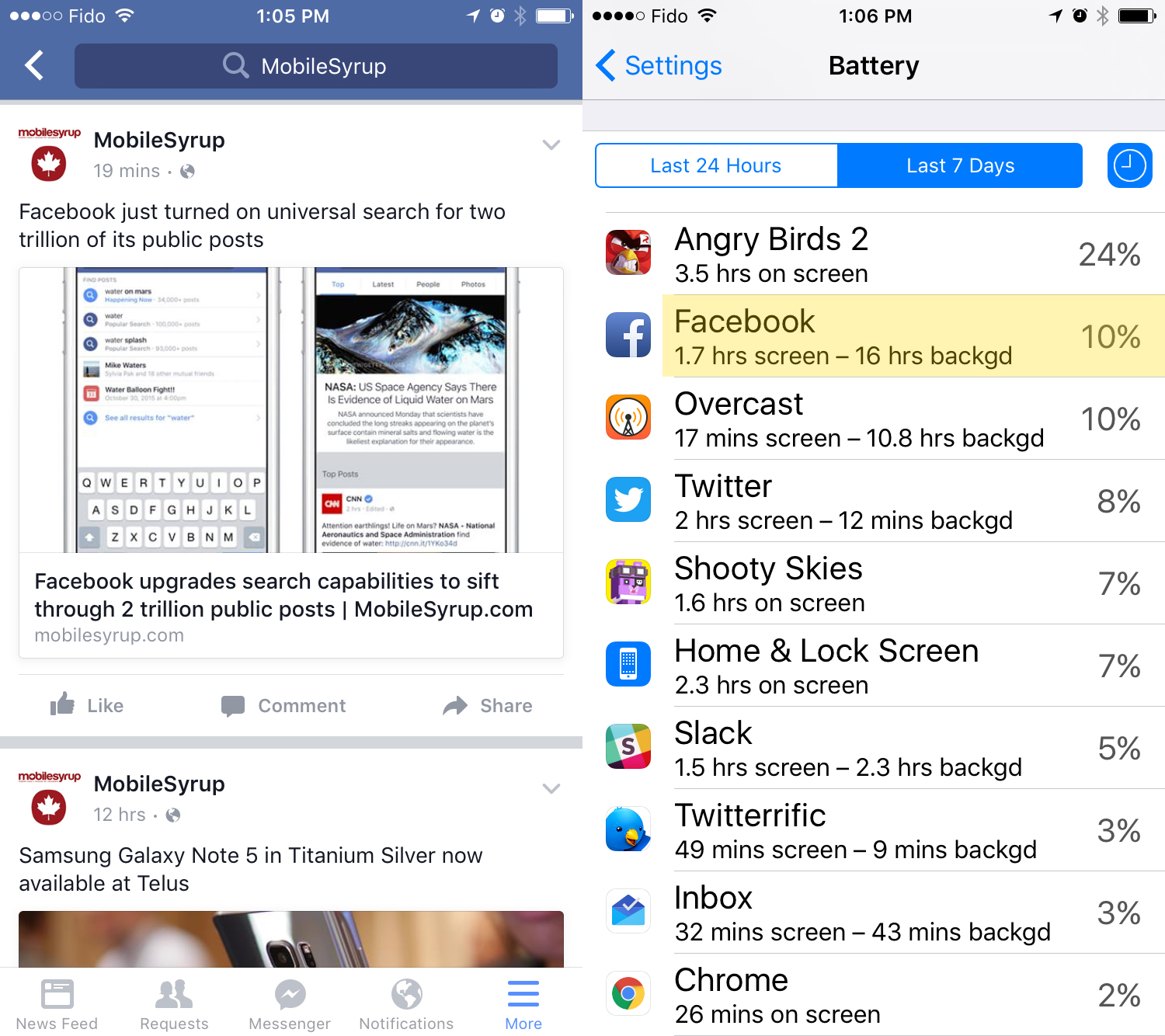 As smartphone platforms mature, they inevitably wind up getting more complex, and with every new sensor or capability, new permissions are required so applications can’t unknowingly track your location or use up your battery and data plan.

Last week, Facebook acknowledged that their flagship iOS app is causing many users to report reduced battery life, but did not mention a timeframe for a fix. Yesterday, in a Facebook post, engineering manager Ari Grant explained that they had located a bug in the way audio is stopped when you close the Facebook app. This meant that your phone could continue to churn through battery as though it was playing audio long after you’d stopped using the app.

Ari also mentioned that the Facebook update that went out yesterday should address some of the bugs relating to this issue, and that users should see their battery life improve after installing the update. This was first spotted because in the new version of Apple’s mobile software, iOS 9, you can see exactly how much power each app is using, and why, in Settings > Battery under battery usage. From there, it should be easy to spot apps that might be using more than their fair share of your iPhone’s battery.