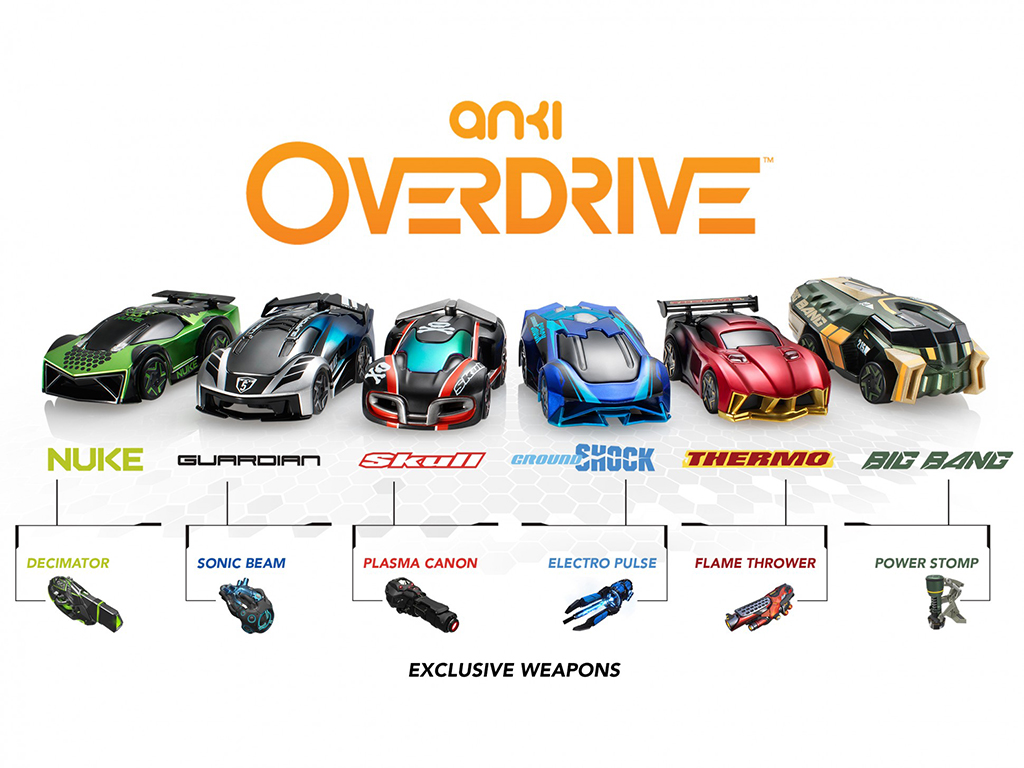 The real world game puts the player in control of a mini car, controlled via an Android or iOS smartphone, and pits them against one another in a battle-racing showdown. Imagine Mario Kart, complete with power-ups and car-disabling projectile weapons, but played with actual toy cars.

The game’s modular race surfaces include jumps, sharp turns and can be assembled into a variety of different tracks.

Anki Overdrive’s starter kit comes with 10 Anki OverDrive track pieces that can be rebuilt into eight different combinations, as well as two cars with specific power-ups, strengths and weaknesses.

Anki Overdrive’s starter kit can be purchased at the Apple Store or on Anki’s official website for $150.