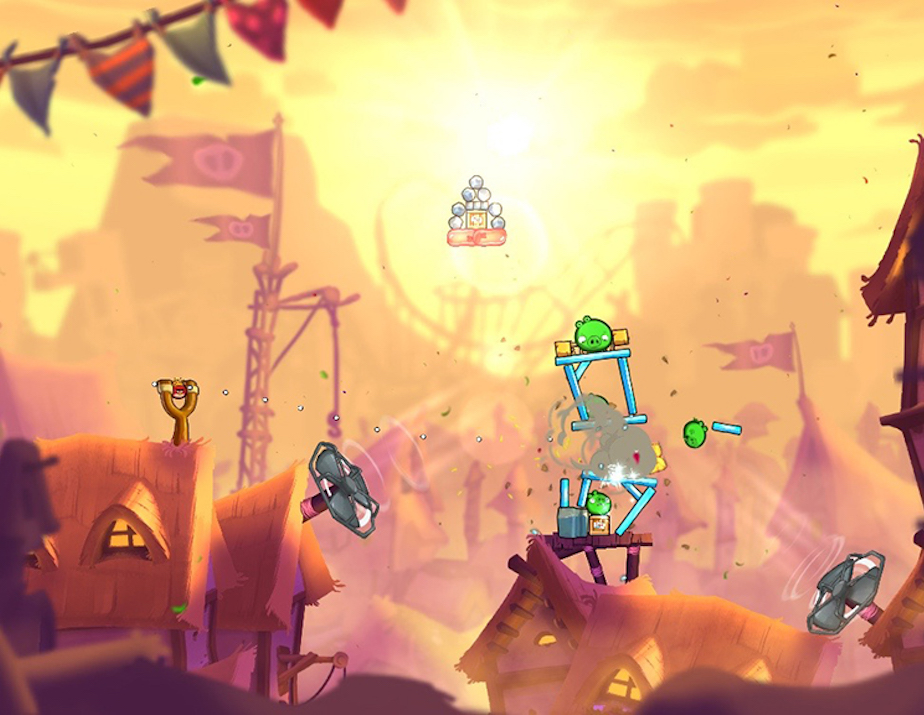 Rovio announced today in a fancy infographic that Angry Birds 2, the follow-up to the “biggest mobile game of all time,” has surpassed 50 million downloads. The bird-flinging game was officially made available on July 30th and quickly hit 20 million downloads within a week of its release.

While Canada is not listed, the most users playing Angry Birds 2 are from those located in the United States, China, and Russia. 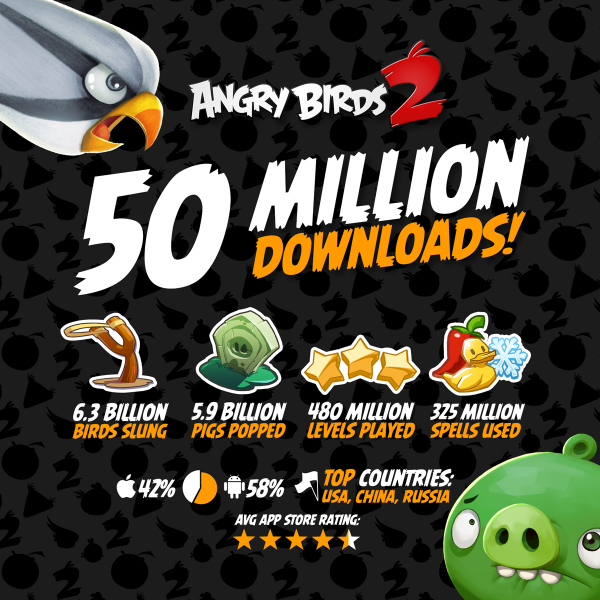 There are several notable improvements over the original, including multi-stage levels and the option to select what bird to fling. In addition, Rovio gave additional insights into the game. According to the developer, users have ventured through 480 million levels, 6.3 billion birds slung, 5.9 billion pigs popped, 325 million spells used.