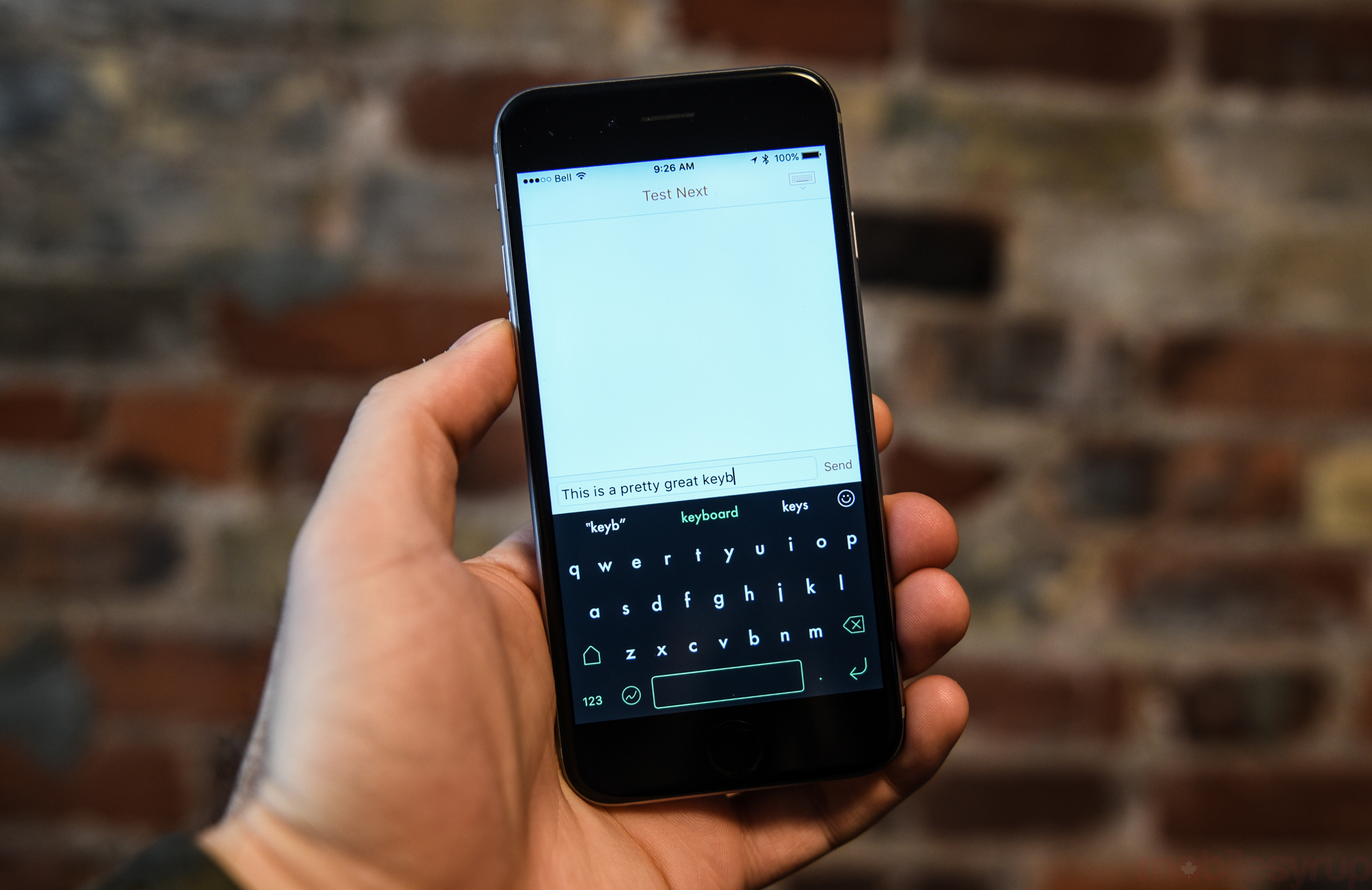 As far as new iOS features go, the third-party keyboard has been a mixed bag. While the potential for unique typing experiences represented a boon to the burgeoning third-party developer community when support was announced alongside iOS 8, in practice Apple’s less-than-stellar API caused more headaches than smiles.

A year later, as big players from Android like SwiftKey, Fleksy and Swype have established their names, if somewhat sullied their reputations, on iOS, things are looking better for the category as a whole. Next Keyboard, which is now available for iPhone after a successful Kickstarter campaign saw it crowned the most-funded mobile app on the network, looks to reimagine the idea of a third-party iPhone keyboard, and build a successful business in the process.

“Most third-party keyboards came from Android first, and said, ‘Let’s make a keyboard for iPhone,'” remarked Robleh Jama, Founder of Tiny Hearts, the small Toronto-based developer behind Next Keyboard. “We’re iOS users and designers, and are making it for those same people.” 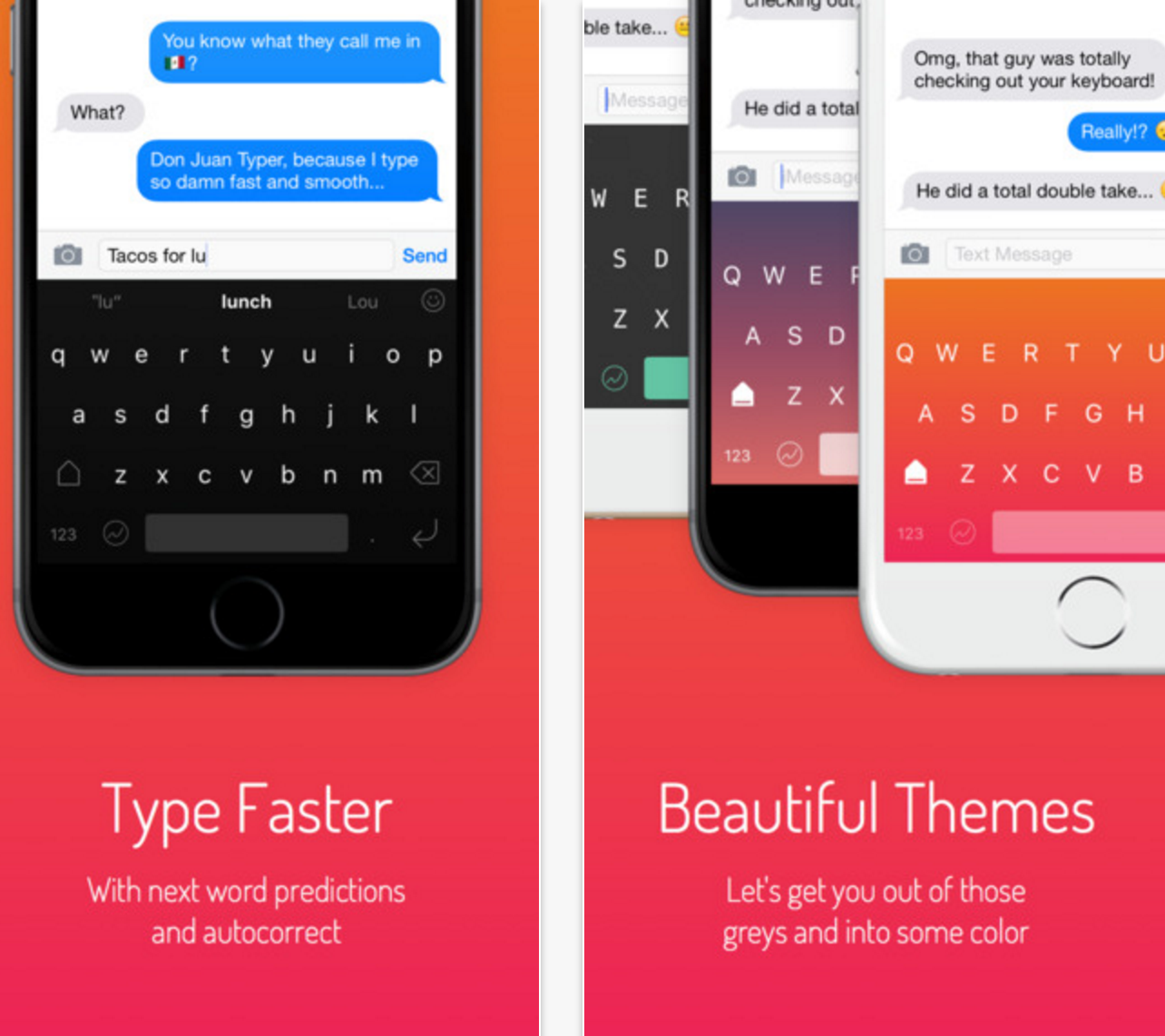 Next Keyboard has many of the same features as the other popular choices on the App Store, but they cohere in pleasing ways that I hadn’t seen until now. There are themes, but most of them are actually quite beautiful; and the auto-correct engine doesn’t send me screaming after misspelled text messages.

Perhaps most impressive is that Next Keyboard just works: it doesn’t crash or disappear the way every other third-party iOS keyboard does. Jama says that stability came from a lot of testing, and from Tiny Hearts building a lot of its own backend services to make the keyboard work.

“We’re fixing a lot of the problems that iOS users have experienced with the stock keyboard, from design to an integrated emoji keyboard to quick delete.” Swiping back on a word removes it from the text box in Next Keyboard; gesturing along the space bar relocates the cursor on that same line for precise selection.

“This looks like something Apple would make,” says Jama, at once praising Apple and trying to improve upon the company’s creations.

Next Keyboard took a long road to get to this point. Jama and his small team, which is bootstrapped and relies on app revenue to keep its business going, initially wanted to launch the product alongside iOS 8. “We naively thought that it would be ready for September, but quickly realized that the keyboard was a massive undertaking, and Apple didn’t provide a lot of APIs.” But the team plugged away, creating a website and a video for Next that got it noticed by a bunch of blogs (this one included).

At the urging of the Toronto iOS developer community, in December Jama decided to launch a Kickstarter campaign for the project, hoping to raise enough money to fund development for the long term. The $10,000 funding goal was smashed almost immediately, eventually going on to raise over $65,000.

As with most crowdfunding projects, though, a February delivery date quickly turned into spring and summer, but through many beta revisions the finished product appears to have been worth the wait.

The app costs $4.59CAD, but for the launch all sticker packs and themes are free.