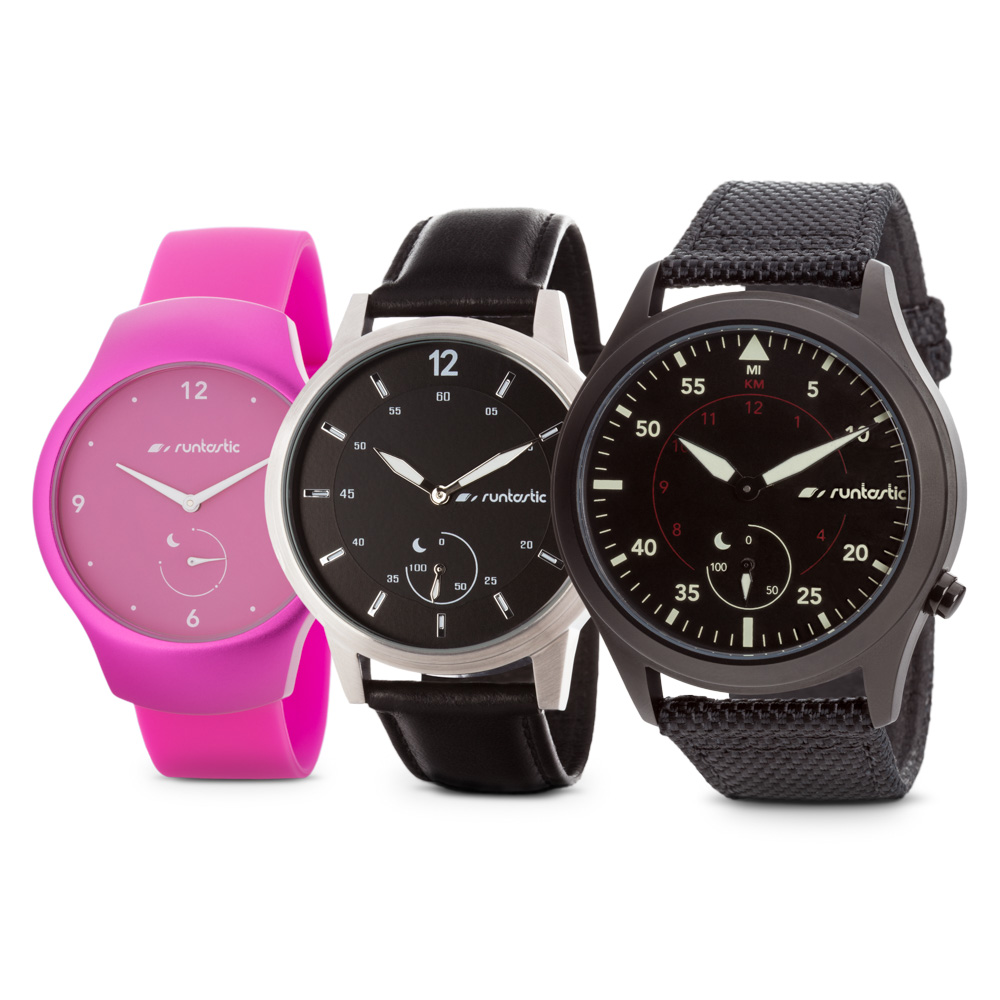 There’s been a slew of smartwatches announced this past week, but few are as intriguing as the one Adidas-owned Runtastic just announced. The Runtastic Moment, an analog watch that doubles as an activity tracker, is now available in Canada through the company’s online store.

Like any half-decent activity tracker, the Moment is capable of counting steps, active minutes, calories burned and sleep quality. A Bluetooth chip allows the watch to be paired with Runtastic’s iOS and Android app, and an additional dial on its face lets the user know how close they’re to accomplishing a fitness goal.

The Moment uses a standard coin battery, which Runtastic estimates will last six months before it needs to be replaced, and with no ports to make sealing the watch against water damage complicated, the Moment is waterproof up to a depth of 90 meters. This means you can take it with you on a swim, though it doesn’t currently support the tracking of swim strokes. Runtastic expects to add swim tracking at a later date.

Runtastic is releasing the Moment in four different variants.

Next, there’s the Movement Basic, which features a larger display is available in the prosaic colours of beige and black. Like the Fun, it’s available for $129.99 USD.

Then there’s the Elite. This one will set you back $179.99 USD, but in exchange it features a more sophisticated look, a stainless steel case and a leather band.

Lastly, there’s the Classic, also priced at 179.99 USD, where consumers have the choice between three different bands—silver, gold and rose gold.

Despite getting its start developing mobile apps, this is not the first wearable that Runtastic has released. Last year, the company came out with a 24/7 activity tracker called the Runtastic Orbit that it sold through Amazon.ca and its own online store for $134.99 CAD.

Runtastic also isn’t the first to add an activity tracker to an analog smartphone. Withings’ handsome Activité Pop watch made its way to Canada earlier in the year. It’s available for $169.99 CAD.