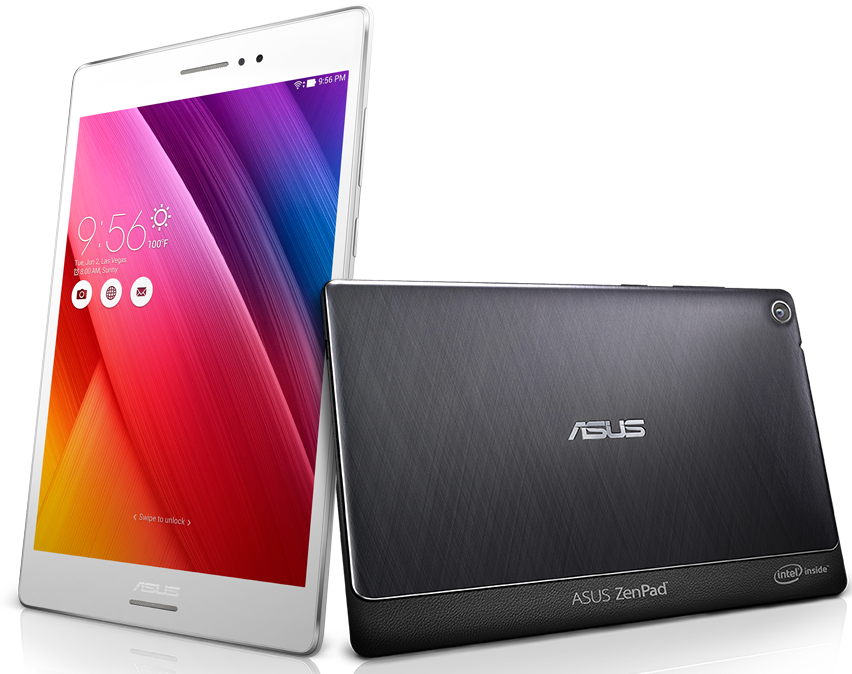 Asus has unveiled a new ZenPad tablet for the premium crowd.

The ZenPad S 8.0 is the company’s flagship tablet. Featuring an Intel Atom Z3580 processor, 4GB of RAM, 64GB of internal storage, and a 7.9-inch 2048×1536 pixel IPS LCD display, Asus is banking on laptop-like specs and a metal body to win over the skeptics.

The company hasn’t been shy about its relationship with Intel, putting the company’s flagship Atom chip in its recently-released ZenFone 2, which has proven to be quite a hit with the unlocked crowd.

At 298 grams and 6.6mm thick, the ZenPad S 8.0 is a relatively lithe slab of tablet, and may benefit from its vertical orientation, since Android is lacking in numerous high-quality tablet apps. The slate has a 5MP front-facing camera and 8MP rear shooter, along with a 15.2Wh battery cell that promises up to eight hours of battery life from a charge. It also runs Android 5.0 with the company’s messy and bloated ZenUI.

The company is using a lot of grand home-grown branding, too: TruLife+ makes sure every pixel is rendered with the right colour and contrast settings; TruVivid improves clarity and brightness and touch responsiveness; and DTS’s Sound Studio promises to give 5.1-like sound to the small stereo speakers. 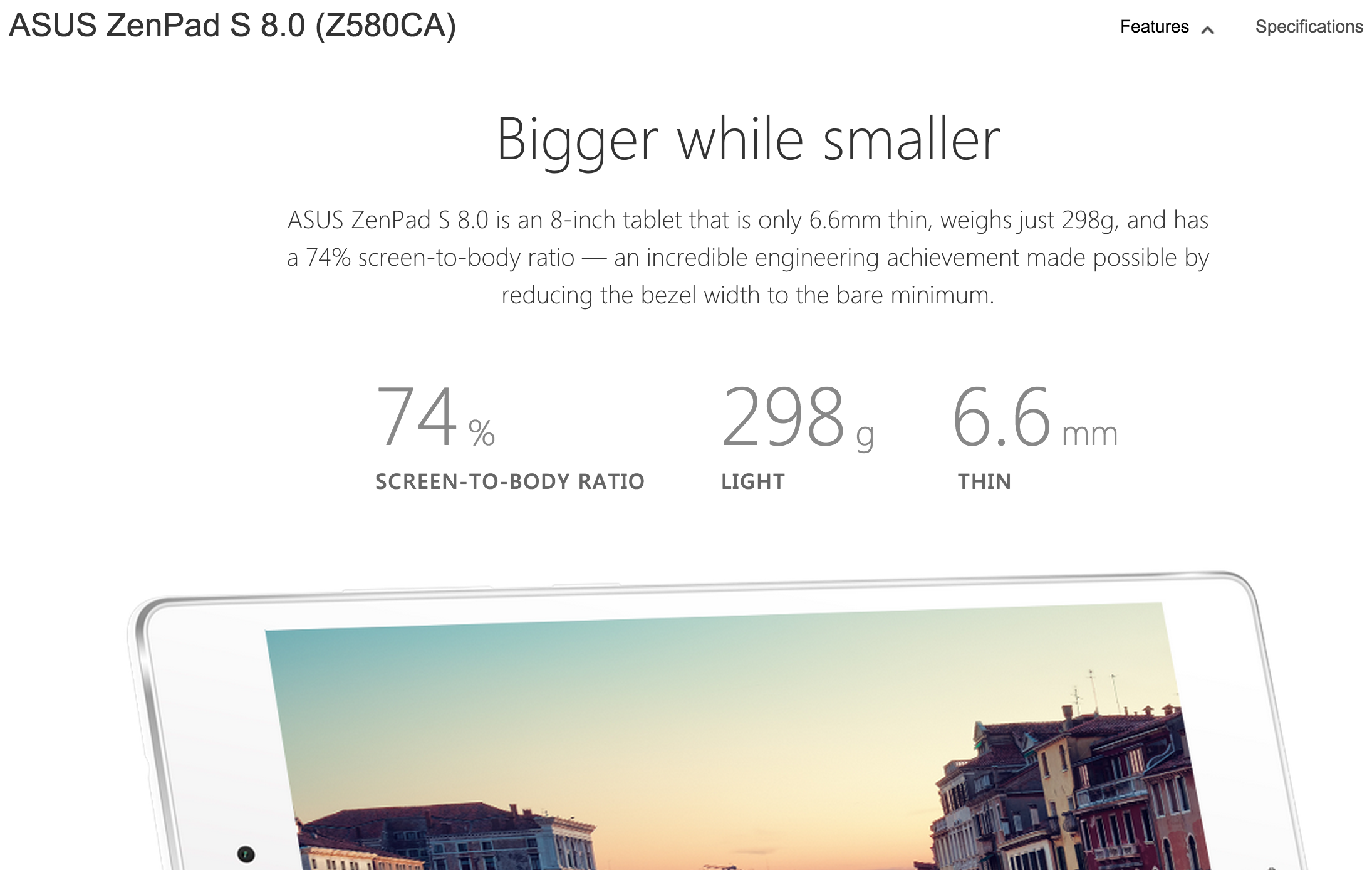 At $399 CAD, the ZenPad S 8.0 isn’t cheap, but it appears to be one of the better iPad mini competitors on the market. Unfortunately, the tablet’s website is a blatant ripoff of Apple’s iPad product page, down to the grandiose language and Helvetica Neue font choice.