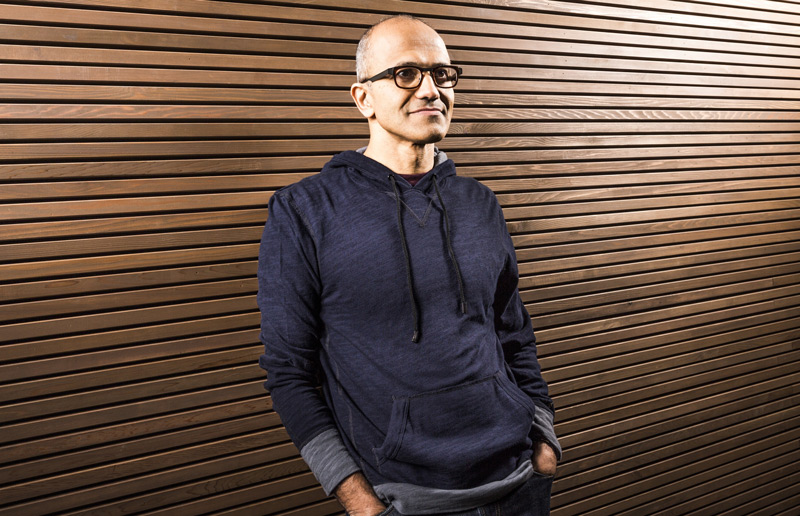 Microsoft announced this morning that it plans to restructure its mobile phone division in an effort to stop the money-losing business from failing.

The company says it will take a $7.6 billion USD impairment charge related to the acquisition of Nokia, and will spend an extra $750 to $850 million on restructuring the struggling division. It will also lay off 7,800 jobs in or related to the mobile phones division.

The announcement comes just two weeks before Microsoft is set to launch Windows 10, a universal build of Windows that will be coming to phones later this year. According to a release, the shift allows Microsoft to “better align with company priorities, including recent changes to Microsoft’s engineering teams and leadership,” which saw the removal of former Nokia CEO Stephen Elop from the company altogether. His replacement, Terry Myerson, now oversees all of Microsoft’s consumer hardware and software.

Microsoft’s CEO, Satya Nadella, soberly referred to the culling as “moving from a strategy to grow a standalone phone business to a strategy to grow and create a vibrant Windows ecosystem,” which aligns with analysts’ thoughts that the company just can’t compete with Apple and Google in the mobile phone arena.

While it doesn’t appear that this move will affect Microsoft’s intentions, or abilities, to release new Lumia devices later this year, it is unlikely the company will focus on its mobile division will quite the same fervour going forward. Nadella alludes to “a more effective and focused phone portfolio” in the future, but whether that means fewer first-party devices and a heavier reliance on external OEM partners like HTC and Samsung, remains to be seen. The Lumia line comprises around 97% of the Windows Phone market share, so convincing those Android-centric manufacturers to care about Windows 10 Mobile is going to be a big challenge.

Last year, Microsoft cut nearly 18,000 jobs, over 12,500 of which were also related to the Nokia acquisition. While it’s safe to say mobile is a big part of the company’s future, buying Nokia was probably not the best way to get there.

Xbox shows off the most Canadian-themed Xbox controller ever