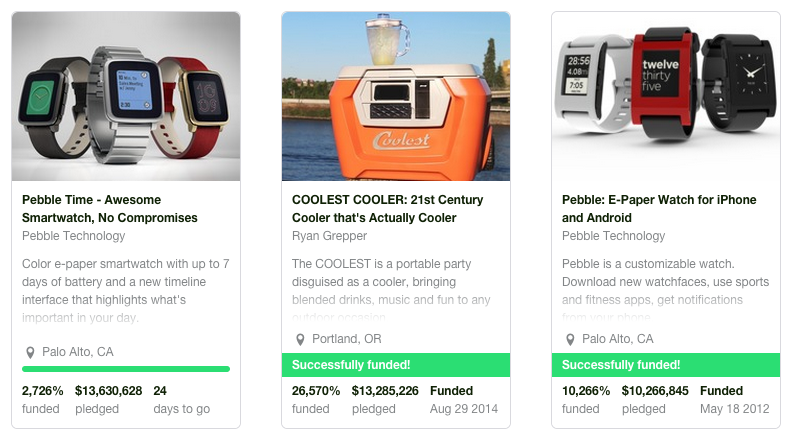 The Verge reminds us that number one most funded Kickstart project was last year’s Coolest Cooler. It received $13,285,226 in funding despite its $50,000 goal thanks to commitments from 62,642 backers. The Coolest Cooler has now been bumped and sits at number two, sandwiched between the original Pebble and the upcoming Pebble Time.

With 24 days to go, the Pebble Time’s funding will likely hit $20 million before the campaign expires. That will be a tough record to beat.