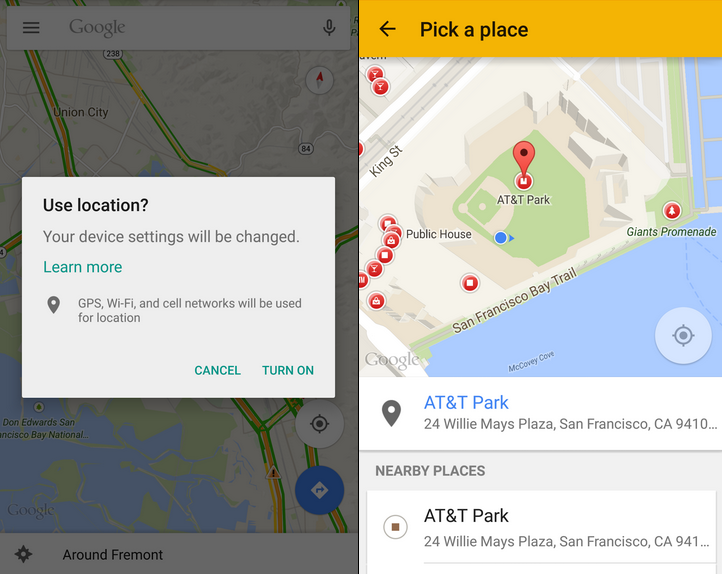 It might not be as exciting as a new Galaxy phone or a shiny new Pebble Time, but Google has announced something that is arguably more important: an update to Google Play Services that brings its background APIs to version 7.0.

This latest version of Play Services was detailed on Google’s official Android developer blog and brings improvements to location services as well as Google Fit.

For location settings, Google is introducing a new mechanism that will check that a device’s necessary location settings are switched on so that a location request can succeed. For users, this means you’ll see more “Use location?” pop-ups asking if the app has permission to activate certain device settings, like WiFi, GPS, and cell networks. Google is also launching a new Places API that makes it easier for you to pick your current “place” based on your location.

Other changes in Google Play Services 7.0 include a new Nearby Connections API for Google Play Games. This allows you to connect smartphones and tablets as controllers for use with Google Play TV. The company has also simplified app indexing, tweaked GoogleApiClient, and enabled Google Analytics integration for for any Google Mobile Ads SDK.

The roll out begins over the next few days, so keep an eye out!