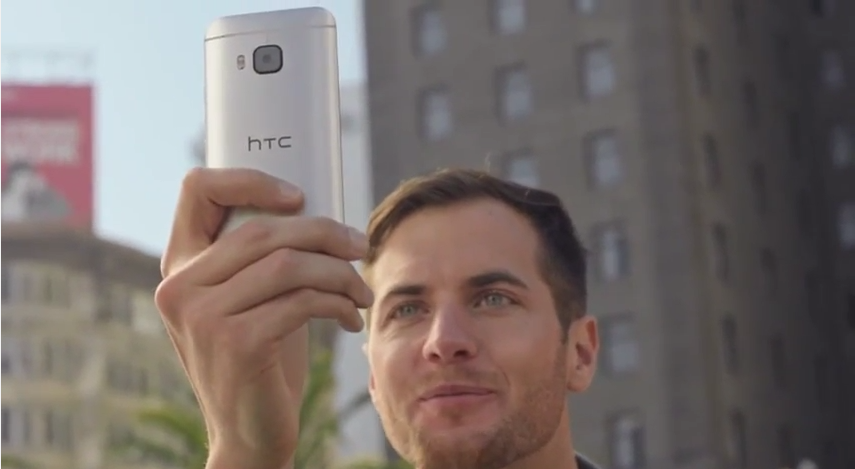 Just when we thought we’d have to wait until MWC to learn more about the One M9’s new camera or the improvements HTC has made to BoomSound, Twitter users @upleaks comes through with not one but three videos that look like official promos for HTC’s newest phone.

The first video was a general introduction to the One M9 that reveals a two-tone metal finish, a 20MP camera in the back, an UltraPixel camera up front, and BoomSound boosted by Dolby Audio Surround. However, it also offers a peek at the software powering the One M9, which is just as important as the hardware.

HTC teases Themes in the introduction video and a second, dedicated video goes into more detail on the feature. This new tool will allow you to customize your phone to suit your own personal style with customized photos on the home screen as well as custom colours, sounds, icons, and fonts. There’s also now an HTC Sense home widget that displays different apps depending on your location, and BlinkFeed has been tweaked to show you meal suggestions, too.

The 20MP camera sensor is also boosted by some updates to the camera app. New tools allow you to overlay images on top of each other for cool effects. You can add geometric shapes, as well as bubbles, flowers, and “windows” to other images in your gallery. HTC is basically letting you build photo filters and effects from existing images in your gallery. Snap a shot of a flower and a shot of your wife and HTC’s camera app will let you put the blossom in her hair without ever having to pluck it from the stem.

The HTC One M9 will be officially unveiled this coming Sunday, March 1st, at MWC in Barcelona. According to a leaked spec sheet that hit the web this past weekend, we can expect a 5-inch display with a resolution of 1920 × 1080, a 2GHz octa-core Snapdragon 810 processor, 3GB of RAM, and 32GB of internal storage. This is in addition to the now confirmed BoomSound speakers, 20MP camera (which will reportedly sport a dual-LED flash and optical image stabilization) and the 4MP UltraPixel sensor for the front facing camera.