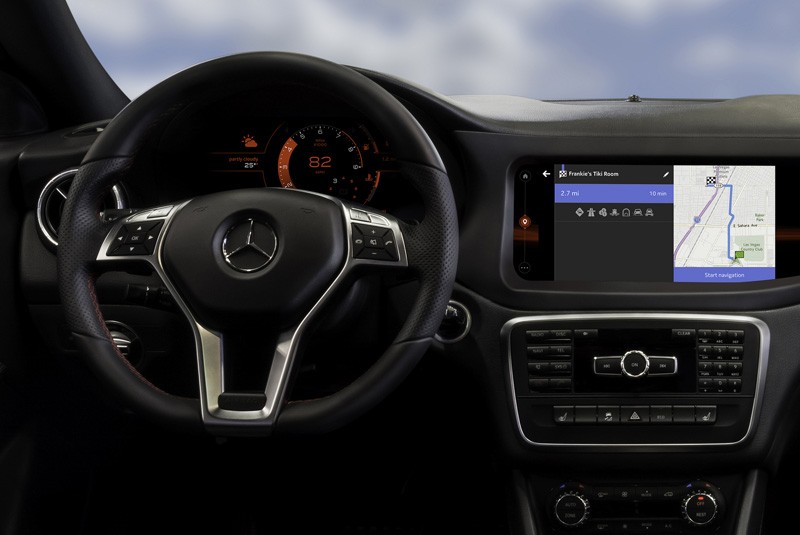 Despite being under the BlackBerry umbrella, which hasn’t been filled with good news for some time now, QNX continues to do brisk business in the automotive world where its technologies find their way into millions of cars every year. The onset of Apple’s CarPlay and Google’s Android Auto only figures to improve its fortunes if those platforms meet expectations.

The car is one of the next major frontiers for mobile devices, where penetration is likely already high, yet implementation and integration continue to be sticking points. QNX has been a behind-the-scenes player in that respect, working with automakers and what are called Tier 1 suppliers to create the foundation for infotainment and telematics systems.

Part of what drives the company’s market share is the fact it is one of the keys behind OnStar, GM’s telematics service. It sits neck-and-neck with Microsoft, which has been integral in Ford’s SYNC infotainment system, though Ford recently announced it was jumping ship over to QNX.

The race (pardon the pun) to offer the best and most intuitive infotainment system in vehicles has attracted chipmakers that are already stalwarts in the mobile space. The likes of Nvidia, Qualcomm, Intel, Texas Instruments and Freescale have figured prominently in pushing the mobile and driver-assistance features now seen in today’s vehicles.

And yet, existing infotainment systems leave plenty to be desired, particularly since integration is limited in a number of ways. CarPlay and Android Auto have been designed to address those shortcomings for iOS and Android devices, respectively, but their presence isn’t considered a looming threat to QNX.

“Apple and Google aren’t replacing anything in the car, they’re projecting an experience into the car from a mobile device,” says Derek Kuhn, VP of sales and marketing at QNX, in an interview. “And that has to work hand in hand with what’s in the vehicle. They were looking for a more seamless integration inside, and they had the market clout to pull something like this off and get the automakers on board.” 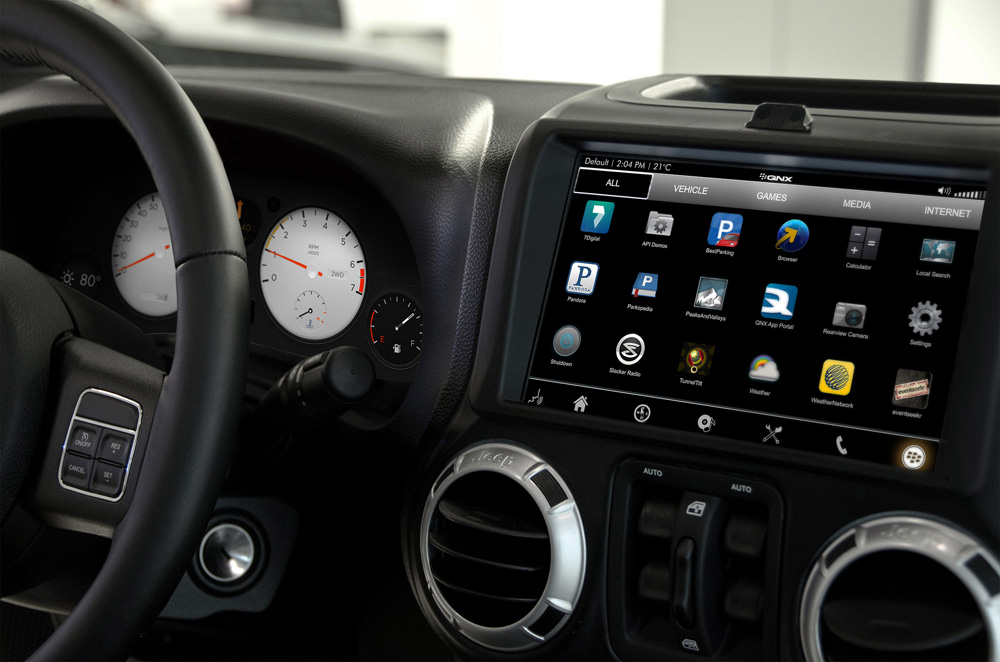 Kuhn adds that QNX has had a working relationship with Apple for at least five years, and was instrumental in enabling iPod Out functionality when it first launched in BMW vehicles several years ago, and have since worked together to ensure iOS connectivity with in-car systems. He views CarPlay as simply an evolution in moving from analog to digital with additional functionality.

Ties with Google haven’t been as long or as strong. QNX was involved in the Google Earth integration for Audi over four years ago, but close collaborations beyond that never followed. Even so, Kuhn says they are now in regular contact to ensure that the company can embrace Android Auto. He didn’t confirm, but it’s widely expected that Google’s new platform will also run on QNX.

“We don’t define the user experience because the QNX building blocks can be used to look like anything the OEM defines. It’s beyond our comfort level to influence them on the human-machine interface (HMI) design because those things are very personal to them,” he says.

In other words, QNX is like the middleware man. It builds the software that can bridge the gap between the disparate hardware and software parts that actually make up an in-car infotainment system. To call QNX the “glue” wouldn’t be a stretch, according to Kuhn. It also means that the underlying OS doesn’t dictate or determine which mobile devices or platforms will be supported in the car.

While Apple and Google entering the car’s cabin is more a working collaboration than an existential threat for QNX, specifically, the automotive industry, as a whole, faces an arduous task in implementing smartphones and tablets into vehicles. Basic things like hands-free calls and Bluetooth audio streaming are easy enough, especially for newer cars, but using third-party apps is currently a recipe for driver distraction.

There have been attempts to address that before. Millions of cars already have MirrorLink, along with some aftermarket stereos, but it didn’t quite succeed at becoming an industry standard.

“There was a lot of feedback in the industry about how screen-scraping an interface that was designed to be accessed with your thumb versus your finger at a greater distance, albeit on a larger screen, could cause distraction,” he says. “Where Apple and Google did a wonderful job was their system presents an interface which is specific for an automotive use case. Initially, MirrorLink didn’t offer that, though it does now.”

MirrorLink’s inherent advantage is that it has the potential to be truly agnostic. Founded by Nokia but now maintained by the Car Connectivity Consortium (CCC) made up of a number of vendors that include automakers and smartphone manufacturers, it recently added Windows Phone compatibility to its limited array of Android and Symbian device support. The hope is that Apple, BlackBerry and all Android device manufacturers would jump onboard as well. With CarPlay and Android Auto now out in the open, the jury’s out on whether that could actually happen now.

MHL (Mobile High-Definition Link)  is another standard that was initially focused on home theatre, but has since achieved limited adoption from a few automakers and aftermarket manufacturers like Pioneer, Kenwood, Sony and JVC. Compared to MirrorLink, however, it’s fighting an uphill battle.

And then there’s the issue of data. In-car app usage is one thing, but streaming content continuously can be a problem if the data bucket isn’t sufficient to begin with. Vehicles themselves are already becoming connected devices, and tethering will be the go-to option for a period, but there will likely be an expectation that the car would have its own SIM and be part of a data-sharing plan, like a tablet, for instance.

The GSM Association (GSMA) ratified a split billing and charging standard for connected car services last year that is under discussion with the carriers.

“Make no mistake, the biggest carriers — AT&T, Verizon, Vodafone, Telefonica — they’re all going after this like crazy because it’s the next big wave of connected devices that already has critical mass,” he says. “As late as six months ago, Verizon’s largest customer was GM because of OnStar. Now that GM has rolled out 4G-enabled vehicles, it may eventually be AT&T’s biggest customer in the future. That tells you something.”

Refining the in-car mobile experience will undoubtedly mean regular system updates that have to be downloaded and installed. Who will pay for that data? If the car has its own data plan, should system updates count against the monthly cap?

“If I’m a Rogers subscriber but my car’s manufacturer has a deal with Bell, what happens then? Not sure scenarios like that have been worked out, but it’s still more likely automakers will make their own deals with carriers,” notes Kuhn.