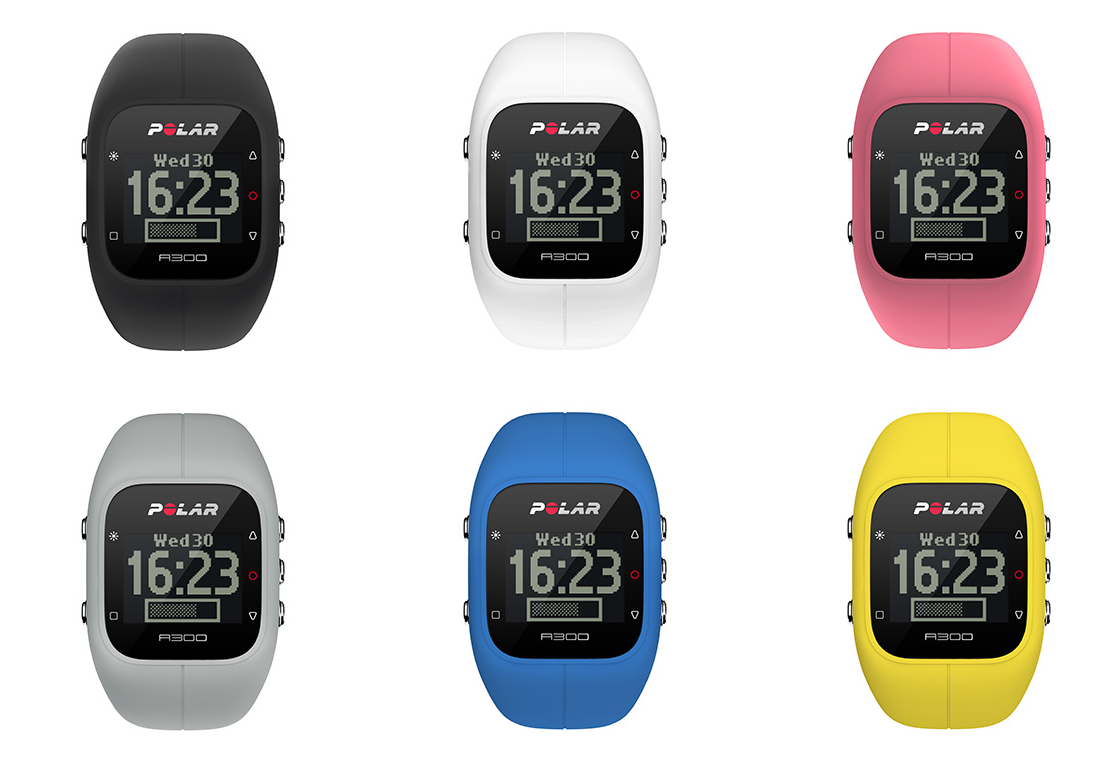 Fitness monitor veteran Polar has announced a new smartband that can be used for both every day activity monitoring and hardcore workouts.

It always seemed cruel that CES was right after the holidays, looming ominously, reminding us not to kill too many brain cells with Netflix binges and marathon turkey dinners. However, with its focus on wearables and fitness, CES 2015 ranks pretty high on the “sense of impending doom” scale.

Many companies making announcements this week are relatively new to this category, but there’s a few of old timers, too. Polar has been in the fitness monitoring and tracking business for decades, and the company on Sunday unveiled the A300, a brand new activity tracker that it claims will kick off a new era of fitness monitors. The A300 is also more in line with the devices we’ve seen from newcomers over the last couple of years.

Polar’s devices are traditionally more hardcore. Twenty years ago (heck, 10 years ago), heart rate monitors and fitness trackers were extremely expensive. The people buying them were hardcore, so they were willing to pay several hundred dollars for information and analysis based on their heart rate, speed, pace, and more.

Now that more basic activity trackers can be purchased for around a hundred dollars, it looks like Polar has realized that even the most sedentary of people are eager to track their movements (perhaps even more so). As such, the A300 is a “lifestyle product” designed to be worn all day long and then used in conjunction with the Polar H7 heart rate sensor during exercise. It’s available in six juicy colours (their words, not mine) and the silicon wristband can be swapped in and out with alternative colours depending on your mood or the occasion. It tracks calories burned (from both daily activity and exercise) and offers motivating feedback when you’re done working out.

Outside of exercise, the A300 will monitor the amount of time that you are active, as well as steps taken during the day, distance traveled, and sleep time. It will also give you feedback on how well you slept. Similar to the motivational feedback you get when you’re done working out, if you don’t move enough, the watch will prompt you to do a little more to meet your goal.

The Polar A300 will launch in North America and Finland in February. The European pricing is set at €119.90 for just the A300. Adding in the H7 heart rate sensor (and really, we just can’t get past a fitness or activity tracker that doesn’t track or monitor your heart rate in some capacity) will bring that price up to €159.90. Nothing on U.S. or Canadian pricing but we’ll hopefully find out more when we meet with Polar this week.

Stay tuned for hands on impressions!