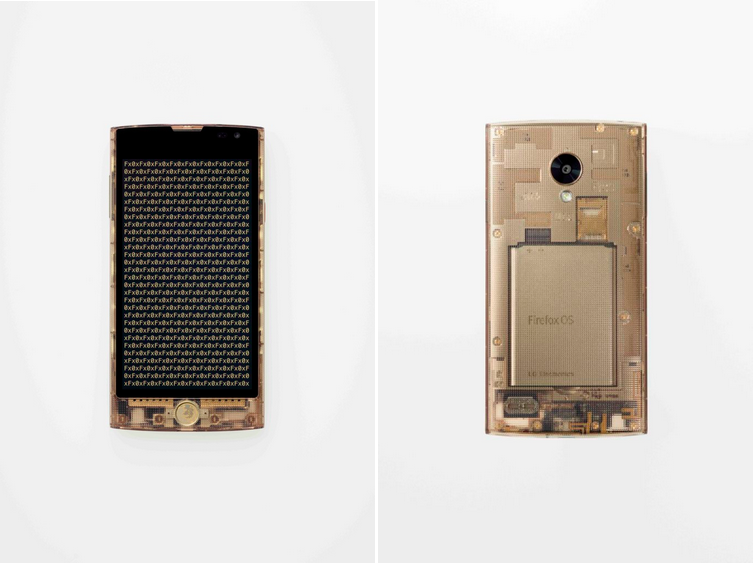 Mozilla’s mobile operating system has come a long way in the year and a half since its release. Earlier this year, at Mobile World Congress, the Firefox booth had a handful of phones on display, all of them low-end of entry-level devices. Now, the company has something a little more high-end running its OS.

Dubbed Fx0, this phone is notable in that it is the first high-spec Firefox phone, and Japan’s first Firefox OS phone period. However, perhaps more interesting is the fact that this phone has a transparent case, so you can actually see the components inside.

The Fx0 is the brain child of Tokujin Yoshioka and is supposed to embody the openness, freedom, and transparency championed by Mozilla’s own mission and values.

The Fx0 was announced this week by Japanese telecommunications company KDDI and will be available on December 25th.