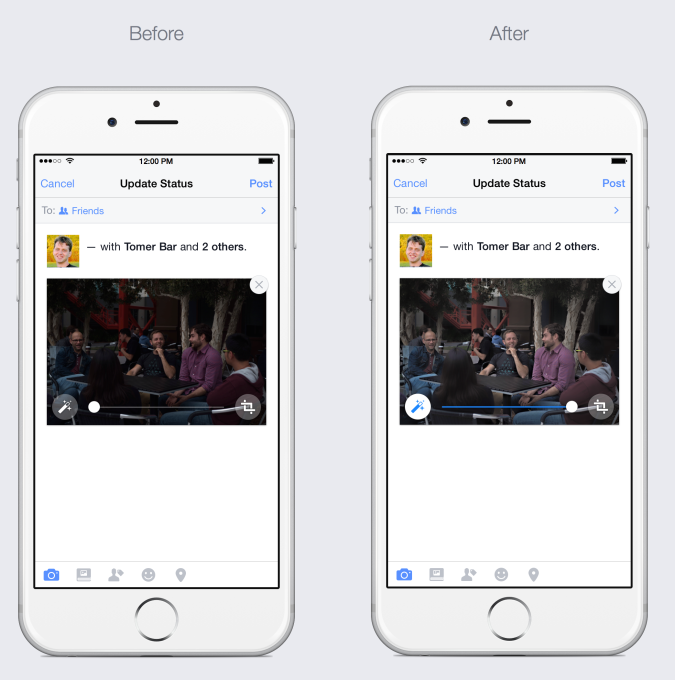 Google has been auto-enhancing our photos on Google+ for a while and it looks like Facebook is experimenting with something similar using iPhone users as guinea pigs.

TechCrunch reports that Facebook will be auto-enhancing new photos uploaded from iOS starting this week. Similar to Instagram (which is also owned by Facebook), users will be able to adjust the intensity of the enhancement feature using a slider and will also be able to crop their photos. Android users that are jealous of their iOS counterparts can rest easy. This feature will come to your version of Facebook in the not-too-distant future.

Facebook has in the past offered users the ability to add filters to their photos when uploading from mobile but that was an opt-in process without any options for customization of each individual filter. This new option seems to be more geared towards fixing or improving bad shots as opposed to adding flattering but unnecessary filters to photos. However, some users may be annoyed by the automatic nature of its application. No word on whether it can be completely turned off.