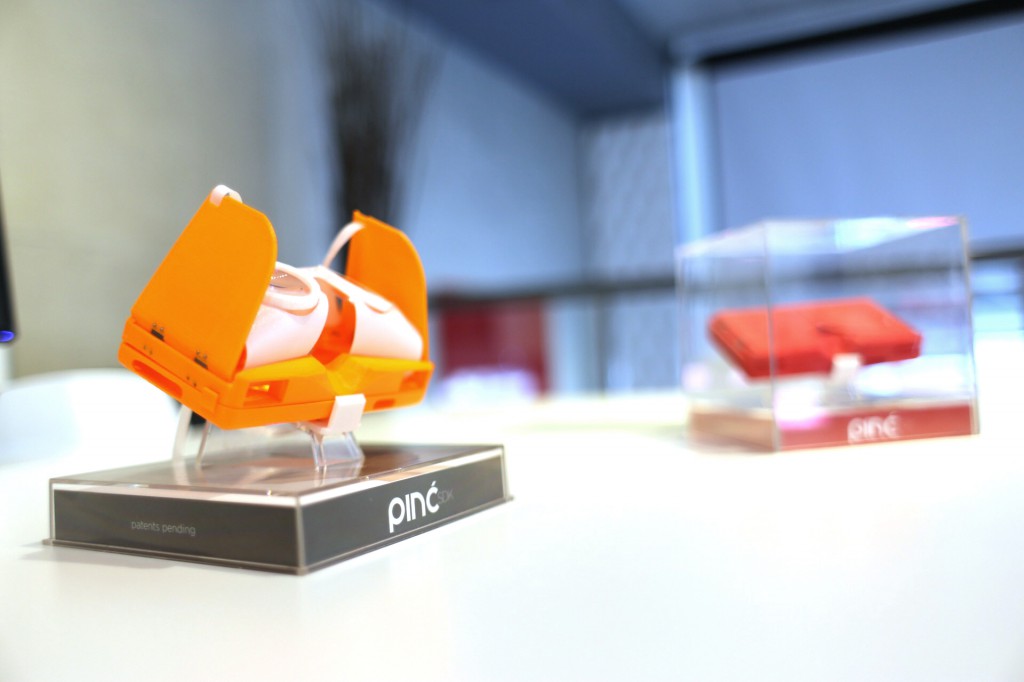 Cordon Media launched its Pinć (pronounced “pinch”) Indiegogo campaign a couple of weeks ago, purporting to turn an iPhone 6 or 6 Plus into a virtual reality case/headset.

With 20 days remaining, the total amount raised is at $16,879, and to boost additional interest and funding Pinć is now open to Android users.

“The feedback and support we’ve been getting has been incredible, but the one question we kept getting was about availability for Android,” said Milan Baic, President of Cordon, who leads the Pinć product development. “We were able to work out some of the technical hurdles – particularly fragmentation – sooner than expected, so we’re thrilled to be making Pinć available to everyone.” The Android version works with any device running version 4.1 Jelly Bean or above, and users navigate the device using wireless “rings” worn on both index fingers.

Pinć costs $99 CAD and will ship the summer of 2015, with an early 2015 SDK release for developers to begin building native VR experiences on iOS and Android.