The Galaxy A7 is Samsung’s slimmest smartphone ever 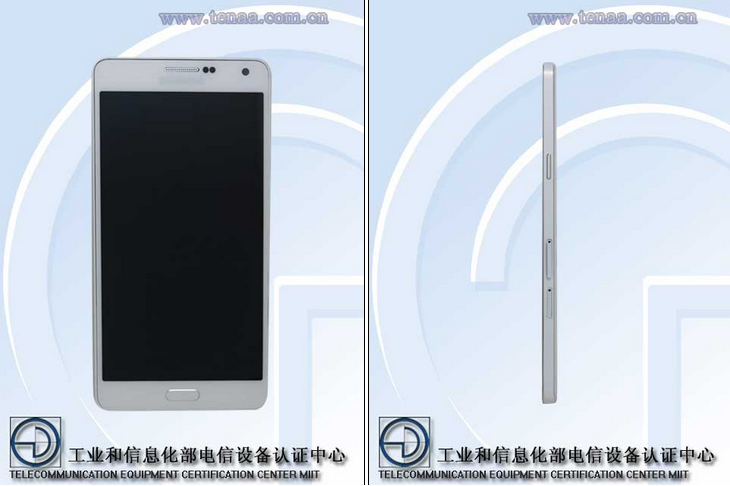 It’s been just over a month since Samsung announced its thinnest phones in the form of the Galaxys A3 and A5. Now, it looks like the company might top itself before the year is out.

The Galaxy A7, pictured above, has yet to be officially confirmed by Samsung but has been mentioned or spotted multiple times over the last week or so. This latest peek at the A7 comes via China’s telecommunications equipment regulator, Tenaa.

We now know that the phone packs a 5.5-inch display, a 64-bit Snapdragon 615 (an octa-core SoC from Qualcomm that was announced earlier this year), and Adreno 405 graphics. The A7 also features 2GB of RAM, 16GB of internal storage, a 13MP camera in the back, a 5MP camera up front, and Android 4.4.4 KitKat. Presumably it will also be made of metal.

Not exactly mind blowing, but not too shabby, either. Still, the hero feature here is probably the form factor. The Galaxy A7 measures just 6.3mm thick, the equivalent of four Canadian quarters stacked on top of one another, and quite a bit slimmer than the 6.7mm and 6.9mm A3 and A5.

The A7 is also the highest spec’d of the three, so we’re assuming it will be the flagship device for this line. Given the timing, we wouldn’t be surprised if Samsung waited until CES for an official unveiling.