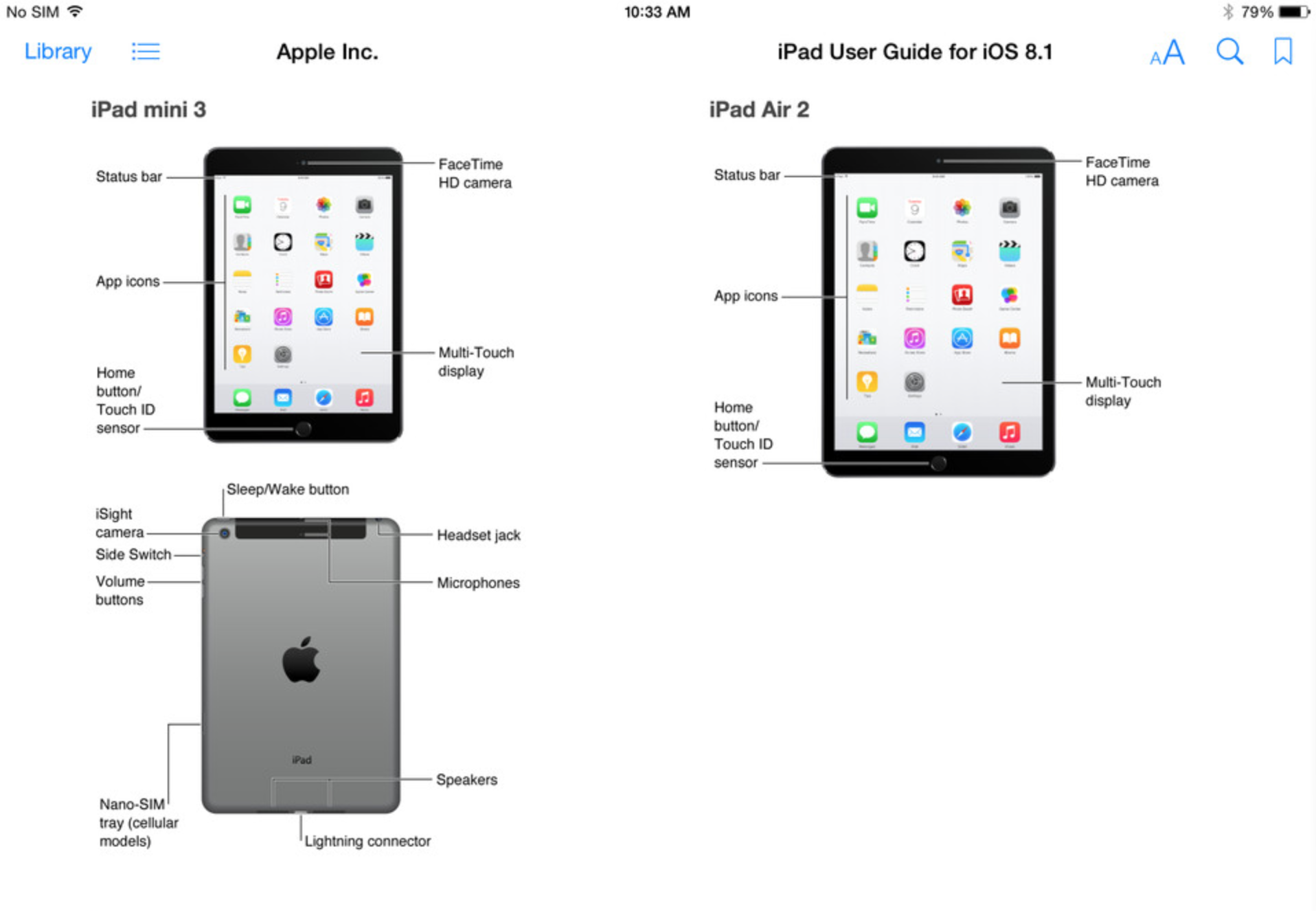 Surely, no one will say today has been boring.

An hour after Google announced its latest hardware, including the 8.9-inch Nexus 9, Apple has inadvertently leaked information about its upcoming iPads on its own site.

On an iBook listing for iPad User Guide For iOS 8, screenshots reveal the iPad Air 2 and iPad mini 3, confirming Touch ID integration for both devices.

These leaks are by no means damning — the two iPads, but for the redesigned home buttons, look identical to their predecessors from the front — but, unless done on purpose, are uncharacteristically careless on Apple’s part.

Along with Touch ID support, we now know that the new iPads will launch with iOS 8.1, which will presumably bring Apple Pay support and a number of bug fixes to the iPhones 6.

The leak also confirms that the iPad Air 2 will have an upgraded iSight camera with burst shot support.