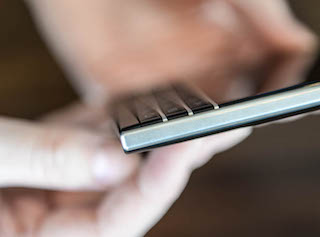 BlackBerry announced its quarterly results this morning, stating they are “confident that we will achieve breakeven cash flow by the end of FY15.” This is certainly a different outlook than where the company was a couple years ago when many were writing them — and their stock — off completely.

CEO John Chen also shocked many by saying the company sold 200,000 Passports on the first day of availability. Next up for BlackBerry is the launch of the BlackBerry Classic Q20, a smartphone that will bring back the “belt” function buttons (call, menu, trackpad, back, and end buttons), which Chen claims will likely sell more than the Passport due to its broader appeal.

Chen also hinted at future developments within the company. The CEO confirmed to The Globe & Mail that the company will be working on a second generation of the 3-row QWERTY device. There were no other details listed as to its features or release date.

Finally, another gem by Chen said that BlackBerry will unveil “a new BlackBerry device concept” at the upcoming Mobile World Congress in Barcelona. Again, no details were given, but this could be the slider featuring a “storable keyboard [with] a pivoting cover.”

BlackBerry CEO says he’ll be ready to discuss launch of a mid-range Android device ‘i...