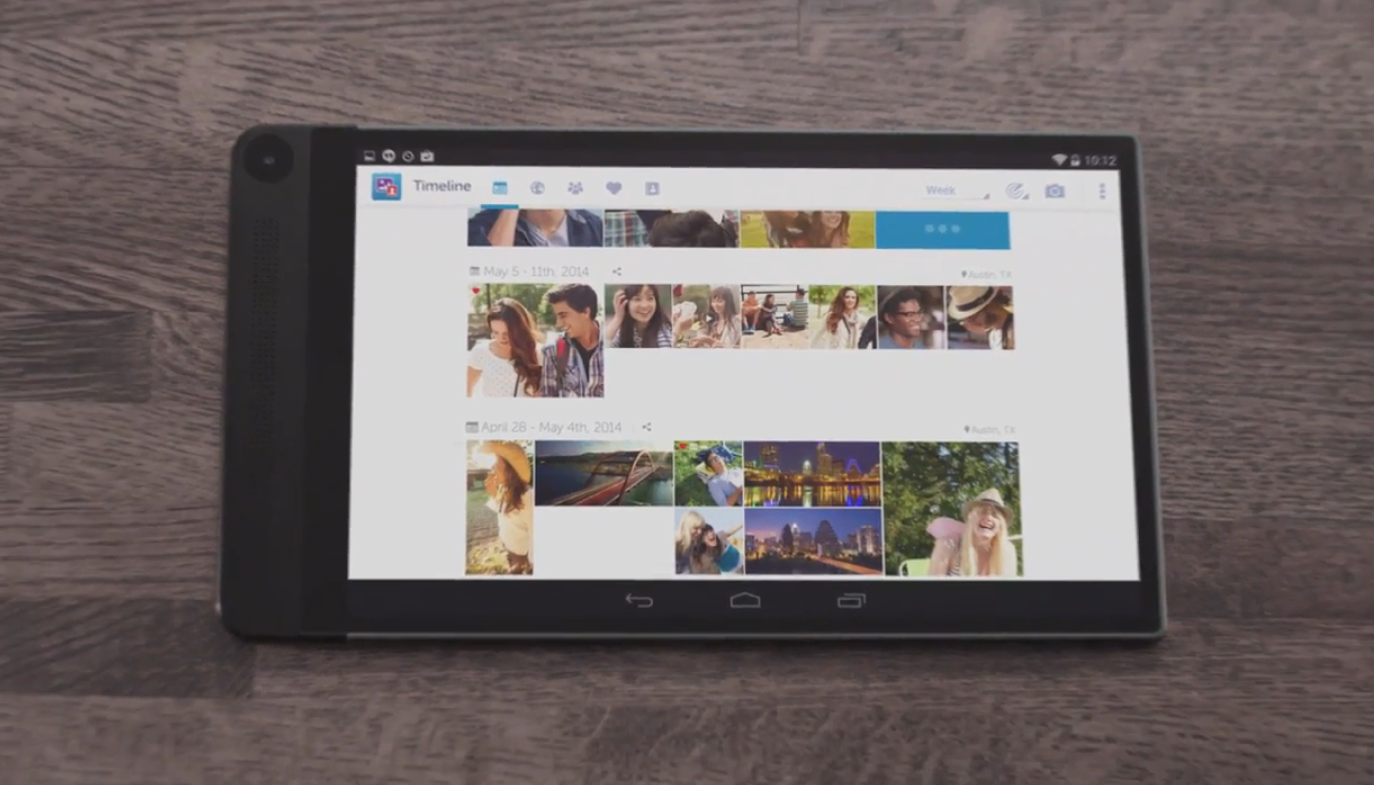 Apple’s iPhone 6 and iPhone 6 Plus (along with the promise of an Apple Watch early next year) pretty much dominated the hardware headlines this week.

Intel was likely none too pleased when it heard Apple was crashing its annual developer conference (IDF kicked off in San Francisco on Tuesday and had been scheduled for months) with a typically last minute iPhone event. Also left at the altar was Dell, which debuted a brand new tablet on stage during Intel’s keynote on Tuesday, when few people were aware that any other technology company but Apple existed.

Michael Dell joined Intel’s Brian Krzanich on stage to give the world a little peek at a brand new tablet dubbed the Venue 8 7000, which is remarkable in several ways. For starters, it’s the world’s thinnest tablet, measuring just 6mm thick. That’s a full millimetre and a half thinner than the iPad Air, which doesn’t sound like much but equates to 20 percent of the iPad Air’s depth.

So, dimensions aside, Dell has also packed in a 359 ppi 8.4-inch OLED screen with 2560 x 1600 pixel resolution. This matches the Galaxy Tab S pixel-for-pixel (though the Tab S is AMOLED so we don’t expect the Venue to be quite as saturated) and Dell is pairing this high resolution display with Intel’s RealSense camera technology. The tablet is powered by Intel’s updated quad-core Z3500-series Atom SoC, the latest generation Intel chipset for Android tablets.

Intel RealSense allows users to scan and interact with images in 3D. It uses two camera modules to capture depth, similar to the HTC One M8, so users can change focal points and add different effects to their photos. It’s also cable of scanning your surroundings and giving a real-time sense of depth, so Intel is hoping this module will see some augmented reality and gaming action as well. 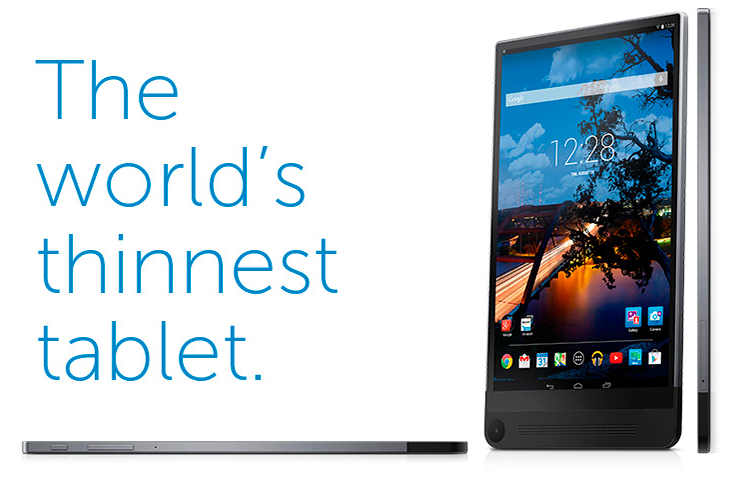 Unfortunately, this sneak peek of the Android-powered Venue 8 7000 was just that — a sneak peek. We have no idea of any of the other specifications, or even when when Dell might be willing to share more information. When Intel announced RealSense at CES earlier this year, the company promised devices using the technology before the end of the year. Let’s hope that means the Venue 8 7000 will be here before the calendar flips to 2015.