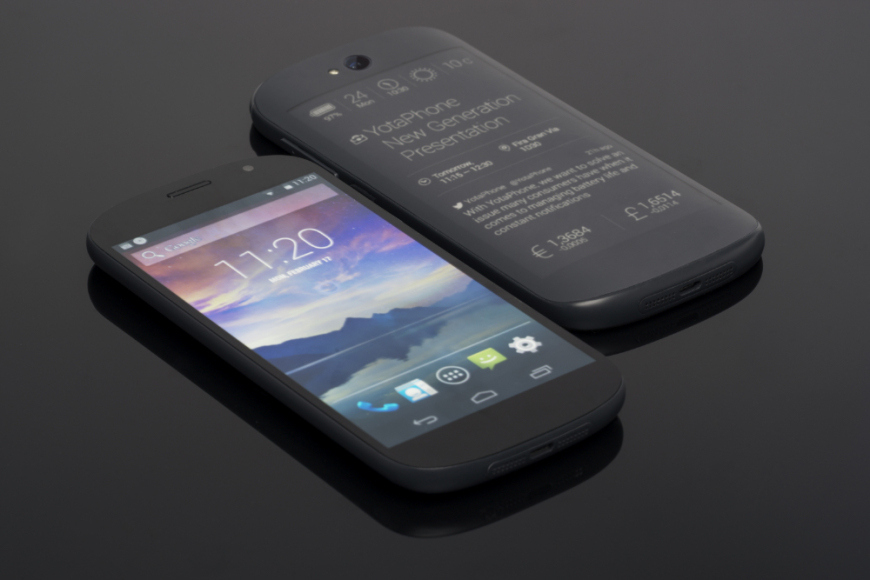 Canada may seem a strange place for a Russian device manufacturer to relocate, but when one of the co-founders was born here, and the other is looking to make inroads into the lucrative North American smartphone market, things begin to make more sense.

Moscow-based Yota Devices, the company behind the YotaPhone, an Android device with a regular LCD screen on front and a touch-sensitive e-ink panel on the back, has decided to relocate to Toronto or Waterloo in the wake of surplus engineer availability due to BlackBerry restructuring.

While the devices are not currently available in North America, CEO Vlad Martynov says that will be one of the company’s first moves once it settles into its new digs.

Yota Devices began in 2009 selling routers, modems and LTE chips, but decided to leverage some of its market power to create a device that offers the best of both worlds: a powerful Android device on the front, and a low-power e-ink display on the back. Though the prospect of reading entire books on a 5-inch smartphone is not compelling to many users, the ability to switch back and forth between the two screens, saving battery cycles in the process, is certainly something worth considering.

The company, according to The Financial Post, already has more than 15 former BlackBerry employees on its staff out of a total of 150, and Yota also nabbed some former Nokia engineers when they were let go.

YotaPhone2, the second in the series, features a 5-inch 1080p display, a quad-core Snapdragon 800 processor, 2GB of RAM, 32GB internal storage, an 8MP rear camera and a 4.7-inch e-ink touch panel on the back, all running Android 4.4. The beauty is that, unlike the first device, touch sensitivity on the e-ink panel allows for far more apps to run, though they still need to be optimized for the device. It will be available in Europe by the end of the year, and hopes to launch in North America sometime next year.

As for why Yota Devices didn’t move to the States like most OEMs? “Lower costs, tax benefits and government support, on top of the potential recruitment opportunity,” Martynov told the Post. The goal is to get listed on the Toronto Stock Exchange and raise $100 million in the next year to fund the company’s worldwide expansion.