Twitter has long been rumoured to enter the e-commerce space by putting a “buy now” button on various tweets. The intent was first revealed last year when a number of presentation slides surfaced by e-commerce site Fancy.com that showed the existence of Twitter Commerce, an exploratory payment product. The premise was that e-retailers could use the social service to move past sponsored tweets to offer discounts on products, with an option to immediately purchase within a card.

To date, nothing concrete has arrived, but last month Twitter deepened the speculation by acquiring CardSpring to help with “the future of commerce on Twitter.” CardSpring allows developers to apply discounts and coupons at checkout for in-the-moment transactions. 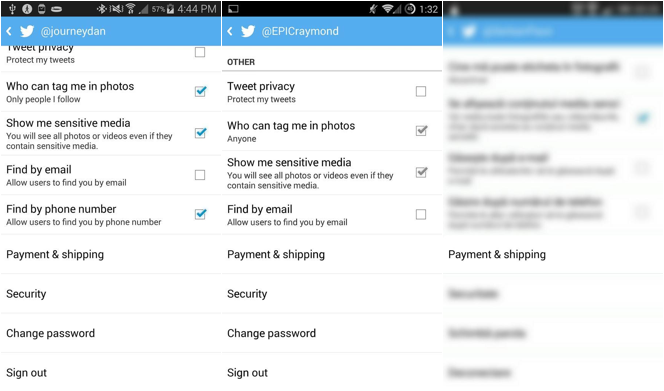 Twitter recently updated its Android beta app with the usual “several improvements and bug fixes,” but secretly added a “Payment & shipping” tab within the Settings menu. Even our own Daniel Bader (@journeydan) saw it, briefly.

Twitter is known for beta testing various features on Android, though many never get released. The company removed the tab in today’s beta update, but its presence in the first place reinforces the fact that something payment-related is happening within Twitter’s walls.