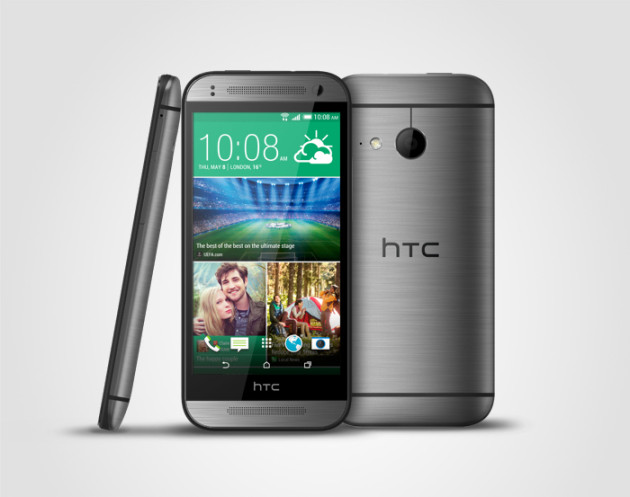 HTC announced its newest device this morning, the awkwardly-sired One Mini 2. It is a take on the larger M8, and while it lacks the Duo Camera setup of its bigger sibling, the device stands out for its gorgeous design and venerable screen.

Sporting a 4.5-inch 720p Super LCD 2 with a 326ppi pixel density, the One Mini 2 is actually slightly less dense than the original One Mini, which eventually came to Canada after months of European and Asian exclusivity.

And while the new variant looks and feels like its big brother, it has a lot in common with its predecessor, too: a 1.2Ghz quad-core Snapdragon 400 processor, 1GB of RAM, 16GB of internal storage (with a microSD slot), a 2110mAh battery, Android 4.4.2 KitKat with Sense 6.0 and more. 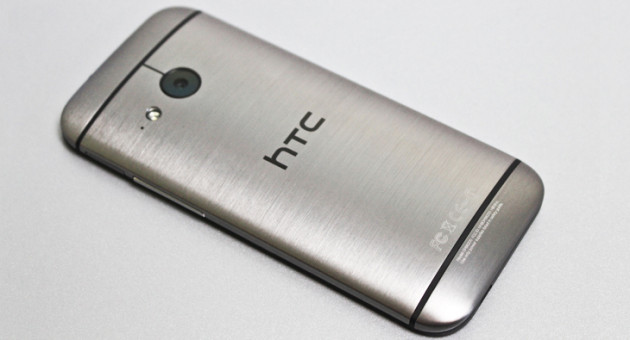 The major difference between this year’s model and last is the camera setup: the One Mini 2 has a 13MP rear sensor, which is more dense than the original’s low light-friendly UltraPixel, and lacks a second lens, eschewing many of the depth effects offered on the more expensive One M8. While it’s unclear whether the 13MP sensor will offer high-fidelity shots, the irony is that they will inevitably be more detailed than those found on the underwhelming M8’s rear lens.

On the front is the same 5MP front-facing shooter as the M8, offering wide-angle selfies, a countdown timer and touch-up effects from the revamped Android gallery.

If you’ve ever used an HTC One M8, you’ll know the deal with the One Mini 2’s software: it runs Android 4.4.2 with Sense 6.0, giving users a flatter, more accessible user experience and BlinkFeed, a news and social media consolidator that lives on the home screen (until you turn it off).

The body is made from metal, but unlike the M8 is not a single piece: it has a strip of black plastic around the sides, likely to improve antenna performance but also to save costs. The One Mini 2 does share the same BoomSound array as the M8, and the on-screen buttons made their way over, too. At 137.4mm, the One Mini 2 is some 5mm taller than its predecessor, but still does not come close to the 146.4mm height of the M8 itself. It’s also slightly thicker, at 10.6mm, than the M8.

The One Mini 2 is not slated to come to Canada anytime soon, but the same was said of the original One Mini, so we’re still holding out hope. It’s a little disappointing to see a true lack of spec upgrade in this device — the Cortex-A7 chipset may not even be faster than the dual-core Krait from the original, and 1GB of RAM is a downer — but it should appeal to those who don’t want an enormous phone, or need the latest and greatest.

The device is slated to be released in parts of Asia and Europe in June.