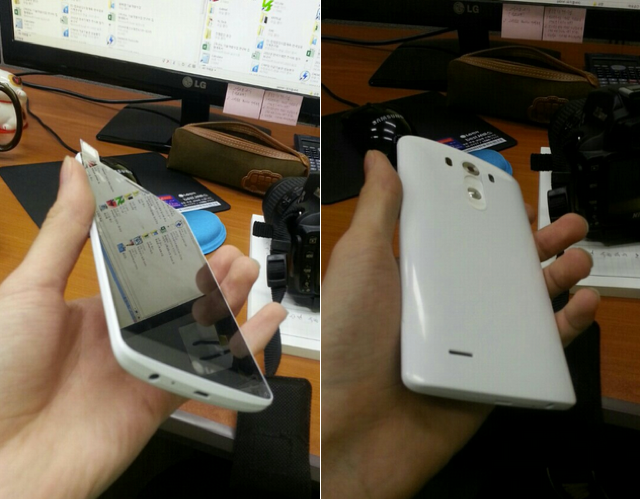 The LG G3 is getting its fair share of leaks before the official unveiling on May 27th. Previous images revealed the redesigned rear volume buttons, but this latest set of high-res photos shows off all sides of LG’s next flagship.

“To be simple is to be great” is the tagline that appeared on LG’s invitation to the media event and it seems the device follows this trend. The back of the G3 looks to be curved at the edges and contours to the user’s hand. There is no confirmation of the specs of the G3, but earlier rumours point toward a 5.5-inch display with a resolution of 2560×1440, and will run a customized version of OS 4.4 KitKat.