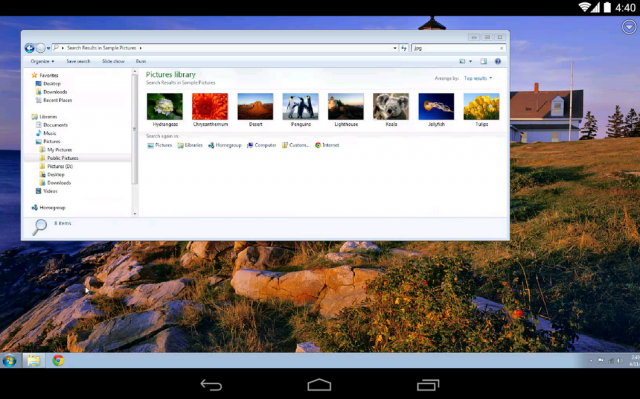 Google has unleashed its Chrome Remote Desktop app on (un)suspecting Android users today, allowing smartphone and tablet lovers to control those old hunks of metal and plastic called computers. For the few remaining Luddites using laptops or *gasp* desktops, Remote Desktop works with a Chrome extension and subsequent Host app on Windows or OS X to take control of registered computers for work, technical support, or a little fun.

Computers must register with a valid Google account and, for security purposes, enter a PIN for verification. Like other VNC or remote desktop applications, Chrome Remote Desktop lets you left-click and double-tap to your heart’s content, and we found performance to be excellent over both WiFi and LTE.

Google says it is working on an iOS version of the app that will debut later this year.