OnePlus One will debut in Canada for $399 USD 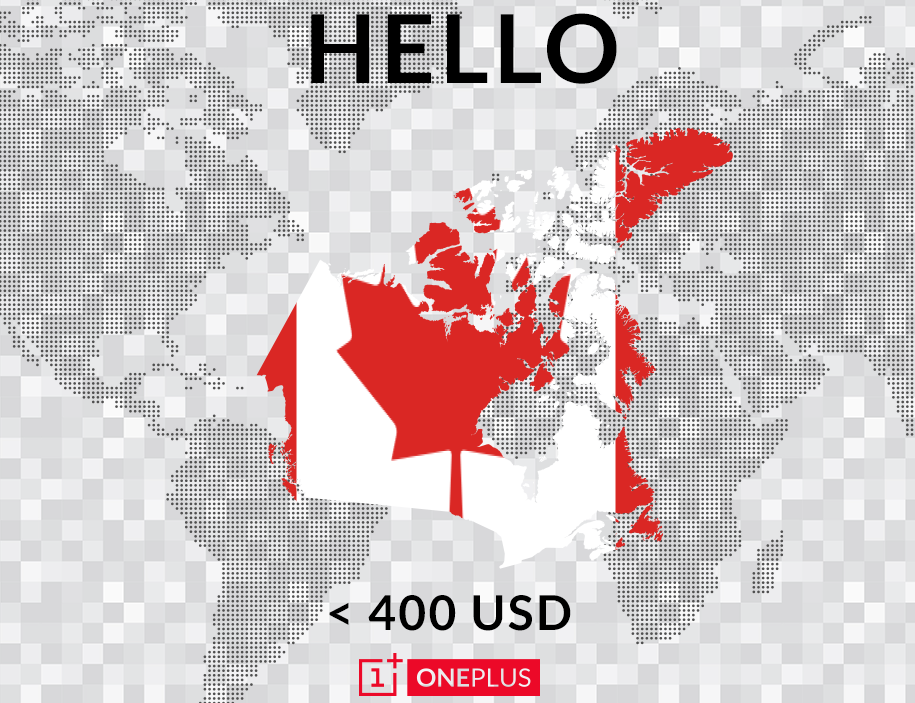 Looking forward to the endlessly-teased OnePlus One smartphone, set to be announced April 23rd? So are we.

The OnePlus One will sport a customized version of CyanogenMOD 11 with Android 4.4.2, which will likely get updated nearly as quickly as the latest Nexus devices. In fact, the OnePlus One is aiming its sights directly on Google’s own Nexus 5 by announcing that when it goes on sale at the end of the month it will have a $399 USD price tag.

The team of former Oppo engineers has been slowly teasing the One’s specs, with the only major tenet left being the design and materials. OnePlus was initially going to release the 5.5-inch 1080p phone with a Snapdragon 800 processor, but recently announced it would upgrade it to the 8974AC variant of the Snapdragon 801, which will inevitably improve performance and battery life. The 2.5Ghz SoC will also have 3GB of RAM to work with, as well as a 3,100mAh battery, a 13MP rear Sony Exmor RS camera sensor, voice wakeup abilities, global LTE and a premium 64GB model.

Users will be able to buy the OnePlus One from the company’s US site for under $400, according to the company’s latest announcement, though it remains to be seen whether shipping and duty charges will vault it above that desirable price point. Of course, with the current exchange rate of $0.91, the device will cost $440 CDN.