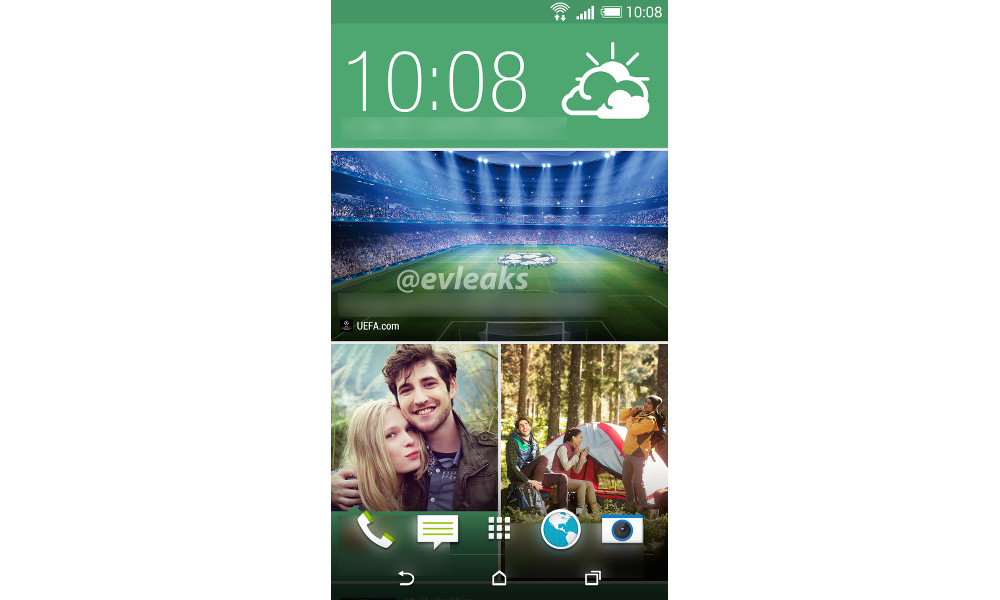 The successor to the nearly year-old HTC One is coming. We know almost everything about it at this point, from its design to its specs. Now, thanks to a new leak from @evleaks, we know what its homescreen will look like.

While the icons on the four-app dock appear to be identical to those found in Sense 5.0 and 5.5, the main difference between last year and this year is the inclusion of onscreen navigation buttons, something HTC long resisted along with Samsung.

It’s clear from the notification bar that the HTC M8 will ship with KitKat — the One received it just last week, so that’s a given — but a new version of BlinkFeed, perhaps configured as a live wallpaper, looks possible as well.

HTC appears to be content furthering Sense’s evolution of flat design, though I’m not sure I’m enamoured with the halo around the dock icons. Hopefully that’s not a permanent inclusion. It’s also a little bit disappointing that HTC has not replaced its stock browser with Google’s own Chrome browser, which Motorola and Sony have chosen to do.

Nevertheless, we’re extremely excited to see what HTC has in store for us this year, especially because the One was such a great phone held back by a few nagging defects. 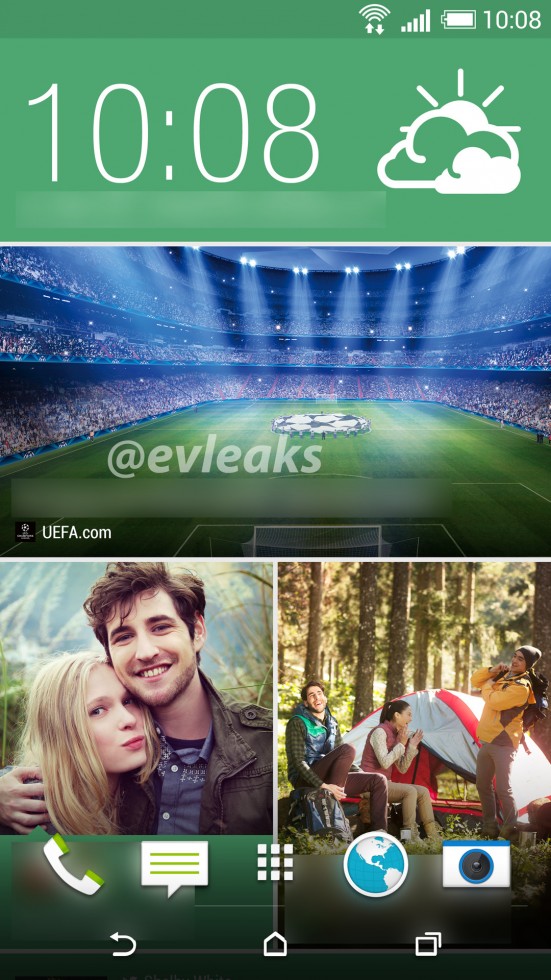