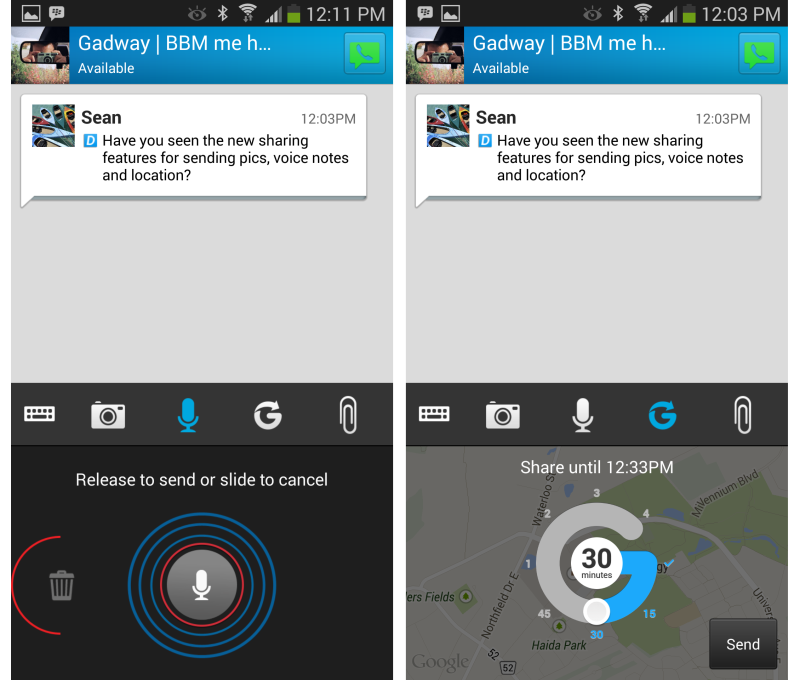 When BlackBerry unleashed BBM for iPhone and Android back in October, the company only made the basic messaging features available, promising an upgrade to include BBM Voice and Video calling “in the near future.” Today, the fine folks at BlackBerry have started teasing what’s next for BBM and have put together a list of key updates that we can expect to see within the first quarter of 2014.

As expected, BBM Voice for iPhone and Android is en route, which gives you the option to call anywhere in the world for free when connected to WiFi. Next is BBM Channels, BlackBerry’s new “social engagement platform,” which will also make an appearance on iPhone and Android in the coming months. Finally, BlackBerry will bring 100 new emoticons — including ROTFL, Epic Fail, Face palm and smiley-poo. In addition, there will also be the ability to share your live location with a countdown timer (which eventually disappears), as well as improvements to the app’s speed.

BlackBerry notes that it is currently beta testing these features and will release them “on Android, iPhone and BlackBerry 10 in the next couple months.”