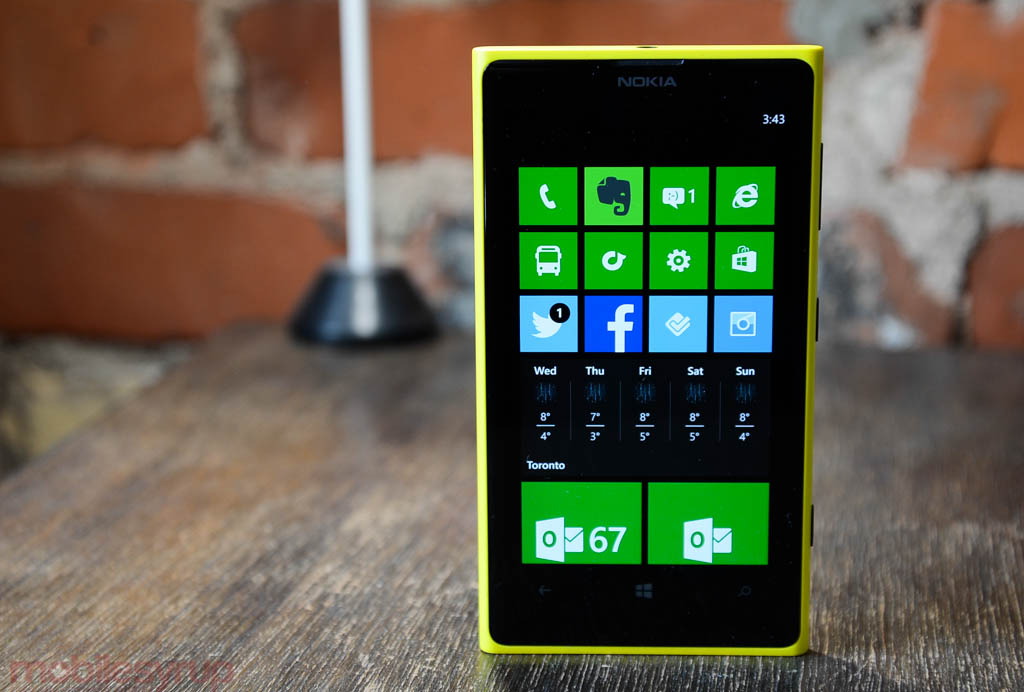 A source close to The Verge has reiterated what we’ve come to understand through numerous previous leaks: Windows Phone 8.1, also known internally as Windows Phone ‘Blue’, will feature a pull-down notification centre and a Siri-like voice assistant.

The update is expected to launch in April at Microsoft’s BUILD developer conference, but will likely only come to existing devices in the summer. The notification centre will be accessed like Android’s and iOS’s, by swiping down from the top of the screen. According to the source, a small swipe will activate a quick settings menu, similar to the alternate screen on Android post-4.2, and a long swipe will activate the full notification screen. It’s unclear whether the notification will show up as a Live Tile, too, as seen in previous leaks, but Microsoft is likely testing numerous layouts in the run-up to release.

As for the long-rumoured voice assistant, codenamed ‘Cortana’ after the virtual helper in Microsoft-owned Bungie’s Halo series, it’s expected to tie in heavily with Bing’s text and image search capabilities, but should also proactively notify users of upcoming appointments like Google Now. But it will need to do more — and better — to differentiate itself from those mature services. Windows Phone has consistently been behind Android and iOS in terms of features, but after celebrating its third birthday, Microsoft has few excuses left in justifying its dearth of certain abilities.

To that end, Microsoft also plans to repair a few holes in holes in Windows Phone’s foundation: VPN support for enterprise users and independent volume controls for media and ringtones should help ease the pain. The Verge’s source also posits that Microsoft may unbundle the Movie and Music services from the core OS to be able to more quickly update them through the Windows Store. Google recently did the same with its bevy of apps, from Play Music to its own calendar and keyboard, and Microsoft would be smart to follow suit, especially if system updates are subject to carrier verification. Apple, on the other hand, can afford not to unbundle its system features because it handles its own updates, and issues them directly to users.

Finally, because Nokia is not yet a complete part of Microsoft’s Devices & Services division, it is working on its own updates to build on top of Windows Phone 8.1. Specifically, the newly-leaked onscreen navigation buttons will be integrated into at least one of the company’s mid-2014 devices.

Next year will finally be the time Windows Phone comes into its own. If you recall, both iOS and Android matured significantly in their third versions — iOS 3 introduced push notifications and Android 2.3 brought hardware acceleration to the system level — and, with a maturing app ecosystem and wider user support (along with the continued decline of BlackBerry’s consumer market share) Windows Phone is poised to grow quickly in 2014.