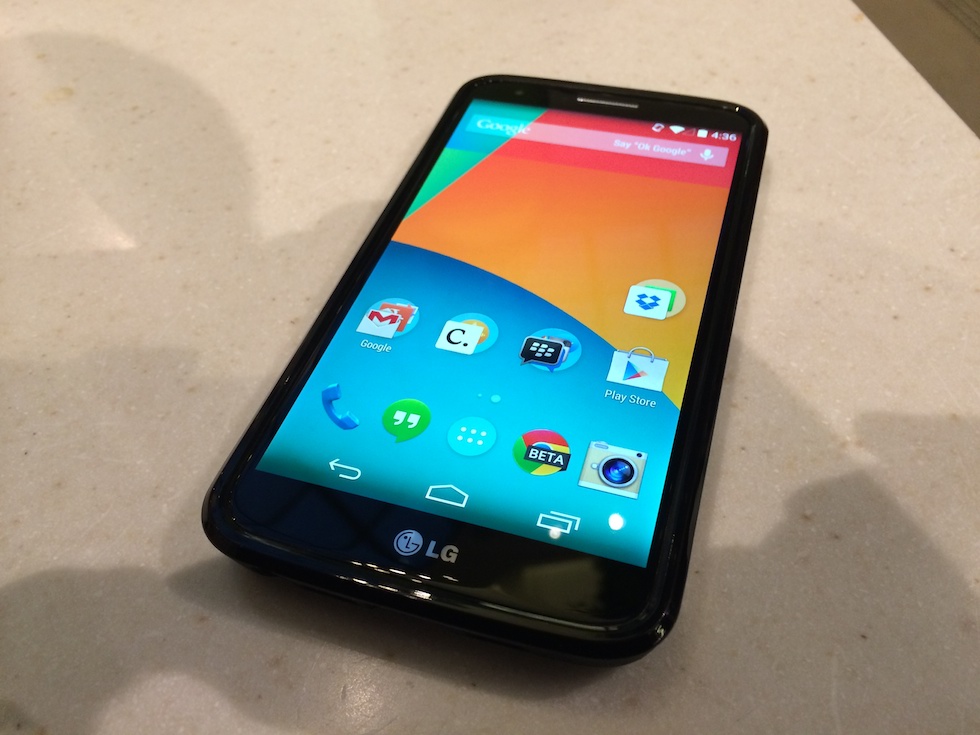 Months ago, I said I was done hacking my smartphones, and for the most part I stand by what I said. But the moment I demoed the superlative hardware of LG G2, I knew drastic measures would need to be taken to rid myself of its ungainly, cartoony software.

Luckily, an intrepid developer based in Thunder Bay, who goes by the name Houstonn, felt my pain, and has been instrumental in bringing a working build of Android 4.4 KitKat to the hardware on which the Nexus 5 is based. Granted, the differences this year are more pronounced — the Optimus G was a spitting image of its Nexus 4 counterpart — so more work was needed to bring the G2 KitKat experience up to snuff, but working with the Paranoid Android team, Houstonn has worked custom ROMagic (OK, I’ll stop). 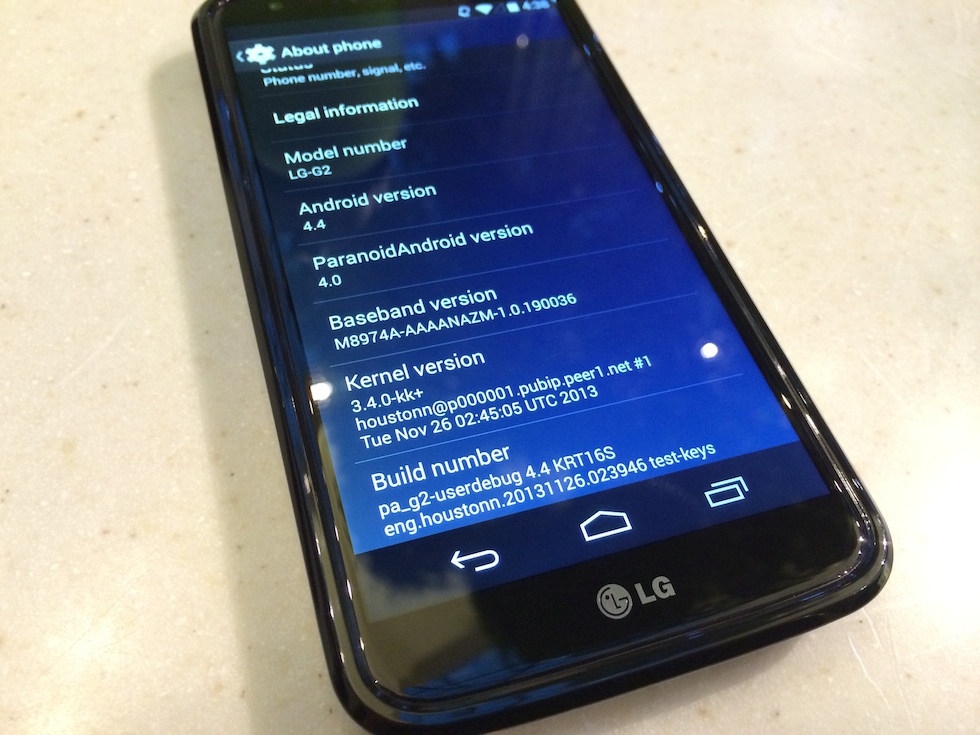 Though the LG G2 has a locked bootloader by default, rooting the D803 (the Canadian variant) is quite easy. It does require a Windows PC (at least, the one-click version), but the actual process is relatively painless. Once rooted, you need to install a custom recovery — I chose TWRP — using the Loki tool. (Once TWRP is installed, I’d recommend then flashing this version, which has been specifically optimized for the D803). You’ll then need to download the ROM itself, which is being updated daily, as well as the GAPPS files, which include many of the Google Apps and frameworks necessary to access the Play Store.

Paranoid Android is a custom ROM that is available for many devices, and though the G2 version is still in Alpha, it seems to be working quite well. Not only are all the requisite radios working properly — 3G, LTE, WiFi, GPS, NFC, etc. — but the UI feels slick and smooth.

More importantly, the camera works perfectly, and there is even an APK of the LG camera taken from the stock ROM that reproduces many of the excellent features unavailable in AOSP. 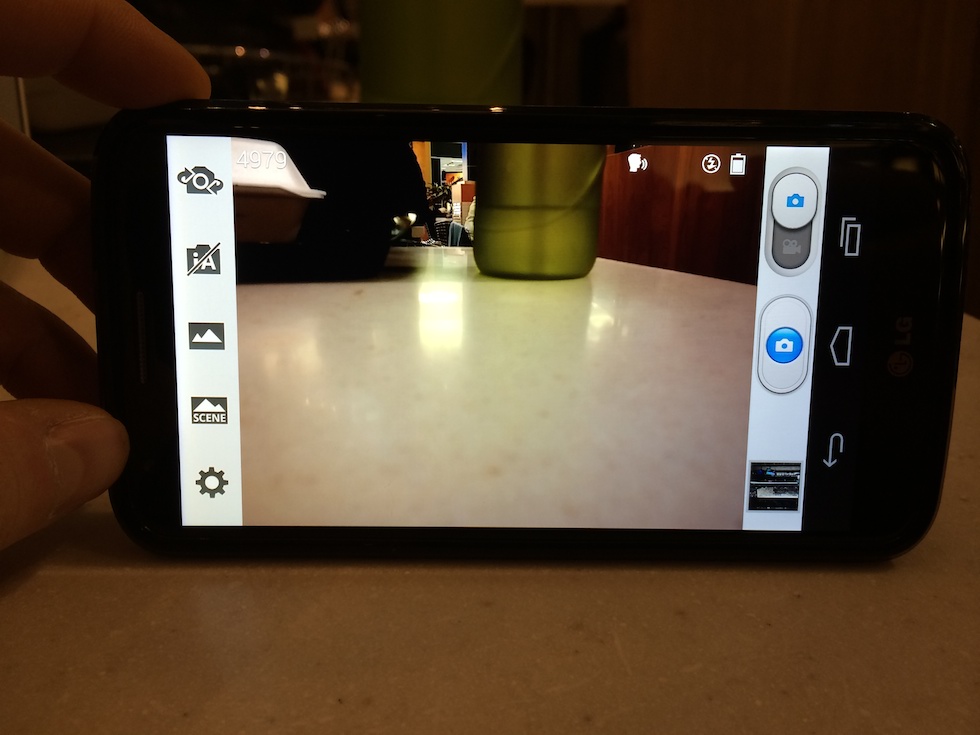 Of course, this is a work in progress, and by installing this ROM, though you do benefit from Android 4.4 features like status bar transparency, Immersive Mode, the new dialler, the Google Experience Launcher, there are some lingering performance issues. And, yes, the stock LG G2 4.2.2-based ROM is a mess, but there are some useful features included within it; Knock On, the ability to quickly turn on and off the display by tapping on the screen, is only half included in this PA-based variant. You can turn on the screen by double-tapping, but it’s impossible to do the same when the screen is on.

I’ve also found battery to be a little less reliable than the stock ROM, as the kernel is not yet optimized for the device.

If you’re using an LG G2, and don’t want to wait for an official update to KitKat, Paranoid Android 4.0 looks to be the Android 4.4-based ROM to beat.

Thanks to Houstonn and his team for all his help