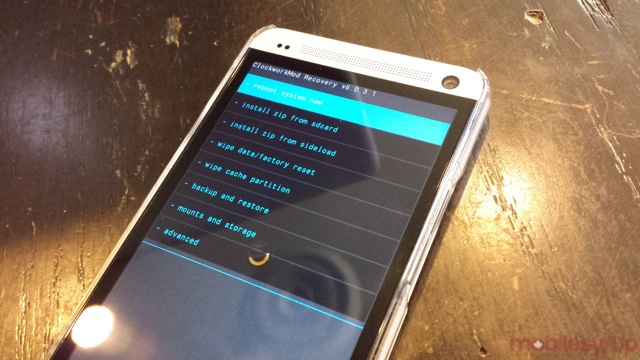 This was going to be a short post on Google+, but I decided to post it here to gauge what the community thinks.

Before I installed my first Android custom ROM, I was jailbreaking my iPhone 3G, loading various unauthorized apps like BiteSMS and SBSettings. These apps were useful, improving on the extremely limited native iOS experience. As the quality of apps improved, as did the feature list of iOS itself, the yearning to jailbreak lessened. And I always regretted doing it, too: weeks or even days after I pushed the button on limera1n or JailbreakMe, I would find myself with an unstable phone and a mess of half-working plugins that never fully delivered on their promises.

Reinstalling iOS was even worse. Apple did everything it could to prevent users from loading unauthorized software, but once it was on the phone they made it even more difficult to reload the original. I’d often have to enter DFU mode to return to factory settings, and that process took many frustrating hours. Each time, after the anguish regret subsided, I promised myself that it would be the last time. When the Evasi0n jailbreak was released for iOS 6, I didn’t even look at it. Never again, I said.

My experience with hacking Android has been a bit different. In the past, I endeavoured to root every device I owned and, if possible, unlock the bootloader, load a custom recovery and flash, flash flash. I would flash everything: kernels, ROMs, themes, mods, whatever was available. I was what the nerds refer to as a crackflasher, someone who installs every nightly version of the new CyanogenMOD or Paranoid Android or AOKP, every beta kernel from faux123, franco or whomever was the hacker de rigueur.

It’s been a lot more difficult restraining myself from hacking every Android phone I buy (and I buy quite a few) but I have done quite well in recent months. I still follow all the major community happenings — Halo is awesome — but when CM10.1 was released for the Galaxy S4 and HTC One I held back, aware that at the end of the day, the drawbacks outweigh the benefits — at least for me.

See, back in the day, CyanogenMOD was just so much faster, cleaner and better than the various OEM skins released by Samsung, HTC and the like. Today, that’s not quite true. I like Sense 5.o; I tolerate TouchWIZ. I also understand that there are so many moving parts to these manufacturer builds, removing them for a vanilla Android experience also removes many of the extras they work so hard to implement. Without TouchWIZ there is no Air View, no S Health, no Air Gesture or S Pen support; removing Sense obviates Zoe, Zoe Share, BlinkFeed and more.

And while vanilla Android may appear smoother, OEMs optimize their GPU drivers, their WiFi and Bluetooth stacks, for the specific hardware. There’s a reason that the HTC One benchmarks lower on CM10.1, despite running Android 4.2.2, than it does on Sense 5.0, which runs Android 4.1.2.

“OK,” you say. “What about merely rooted versions of the stock ROM? Those are easy enough to install.” Yes, they are. But getting there, namely unlocking the bootloader, installing a custom recovery, flashing a custom ROM or even a flashable Zip file containing root, renders your phone “tampered” as the parlance goes. It’s often difficult to return a phone to the way it was out of the box, either because the manufacturer hasn’t provided the original carrier-branded ROM (as for the Canadian HTC One) or there are remnants of the hack remaining on the device. Samsung doesn’t lock the bootloader on its phones, but each time a ROM or kernel is flashed the bootloader counter iterates. Samsung can choose not to honour its warranty if it sees that the phone has been altered.

The returns on flashing or even rooting my phones have diminished in recent years. Being able to back up my app data to Titanium has remained the one sustained use case; I no longer care for altering the OS itself. Call me old fashioned, but I want to be able to receive OTA updates when they’re released, and I just want things to work.

Call me old fashioned, but the thrill of the chase — that perfect Android experience — through a custom ROM is just no longer there.

Agree? Disagree? Let me know in the comments.