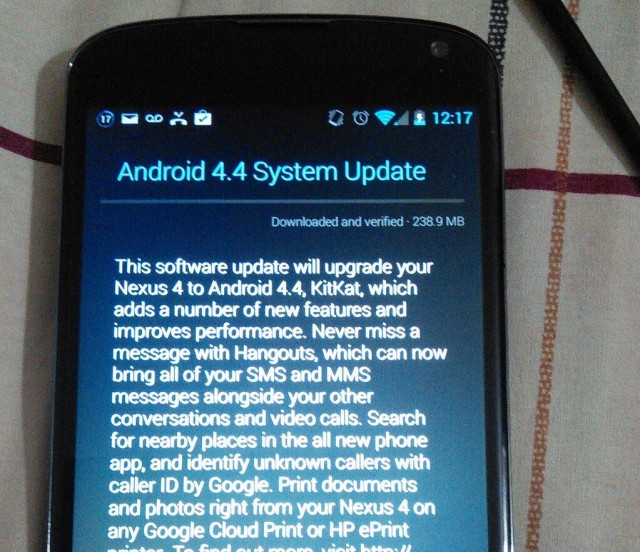 Last night, a few Nexus devices began receiving an update to a new Android 4.4 build, KRT16S, after initially receiving a more bug-filled version last week. The Nexus 4, however, was not part of that first group.

Overnight, it looks like Google has also begun a slow rollout of the same build for the Nexus 4, as the company was likely waiting to sort out any game-stopping issues before pushing that big red OTA button. Now that those are resolved, last year’s model can finally join the KitKat party.

While it looks like Google is keeping the GE launcher, complete with right-swipe Google Now access, exclusively to the Nexus 5 for now, it’s possible to work a little magic and make it happen. If that’s not your style, at least you’ll receive transparent status bars, Immersive Mode support, a new dialler, an improved file picker and lots of little performance improvements.

Keep tapping that Update button, folks, and let us know when the OTA begins for you.