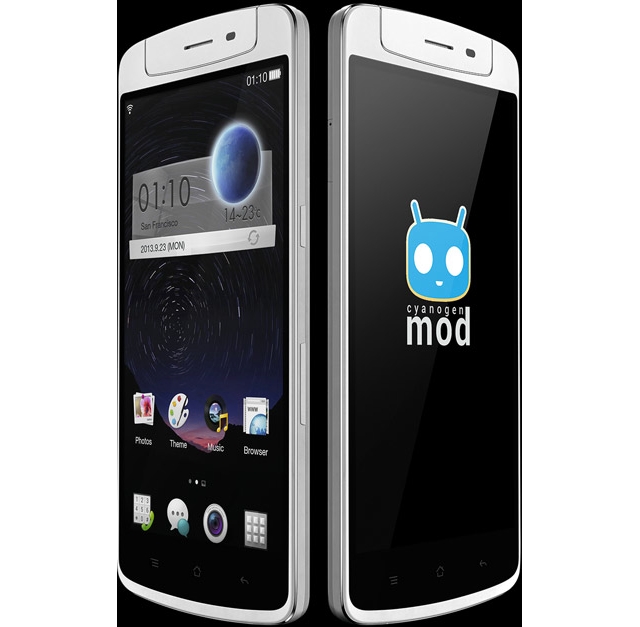 Oppo may not be a household name in North America, but the company is looking to change that with its newest flagship, the N1.

The Chinese OEM is launching the device in two flavours, one of which will feature CyanogenMOD pre-installed. While it’s not clear which version of CM will be on the device when it launches in December, it’s likely going to be a stable version of 10.2 — based on Android 4.3 — with a few Oppo-specific optimizations.

The camera is really the showpiece of the device, as it works as both front- and rear-facing lenses using a hinge system that Oppo designed in-house. The module boasts six lenses, the first on an Android device, and has an f/2.0 aperture to let in extra light.

The CM version of Oppo’s N1 comes in a limited edition box, and includes a number of CyanogenMOD stickers and, according to a press release, “a specially designed case for the N1 featuring CyanogenMod and OPPO mascots, Cid and Ollie.”

Though the N1 lacks LTE connectivity, it will work on all Canadian carriers over HSPA+.