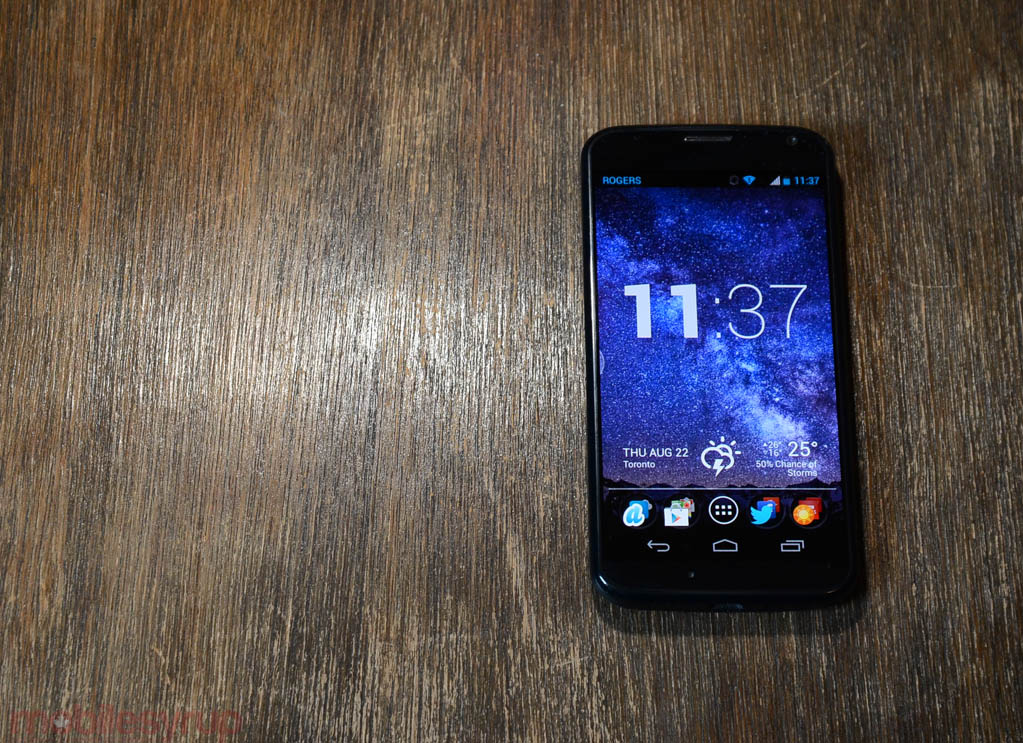 Motorola has updated its device support page to to inform customers that it will be updating the Moto X to Android 4.4 KitKat.

While the company won’t disclose when the phone will be getting the update, it shouldn’t take longer than a couple months, we’re told. The Moto X runs a fairly unblemished form of Android 4.2.2 Jelly Bean, and will be skipping over 4.3 on the way to KitKat.

No other Motorola hardware has been slated for an update at this point; even the fairly-recent Motorola RAZR HD is still running Android 4.1.2 Jelly Bean, with no plans to improve its lot. Hopefully the Moto X gets a bit more love from Motorola in the long-term. The update should come to both Rogers and Fido versions.

Update: During the Moto G launch event, CEO of Motorola Dennis Woodside has stated the upgrade to KitKat will be available “in a matter of weeks.” – IH