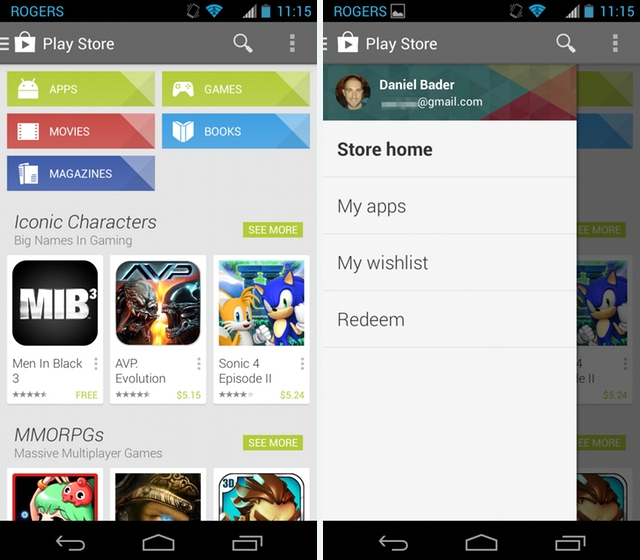 Google is once again updating the look of its Play Store app, bringing it in line with the rest of its first-party Android designs.

As the company did with Gmail and Play Books, among others, Play Store is getting an easier-to-use left-side navigation bar, with a three-line “hamburger” icon at the top. There are no other obvious changes to the software, but by adding the sliding navigation bar Google is relying less on the capacitive menu button on devices like the Samsung Galaxy S4 to access critical app features. Now, for example, My Apps is always accessible anywhere in the app from the sliding menu.

Android Police has also uncovered an interesting upcoming addition to the app, hidden within the source code: Play Newsstand. Set to replace Play Magazines, it will likely promote news apps and encourage customers to purchase subscriptions to popular dailies and weeklies, in addition to promoting its existing magazine content. No word on when the feature is launching, but it will likely coincide with the release of Android 4.4 KitKat.

AP also has a few mirrors of the new Play Store APK for those who don’t want to wait for Google to roll out the update.