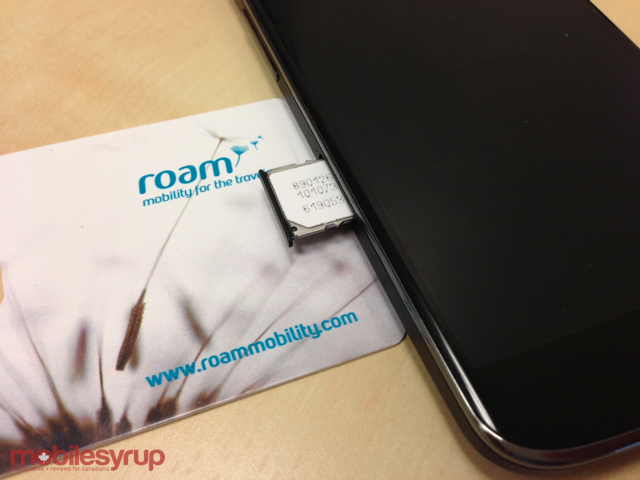 Roam Mobility has announced a number of new plans for U.S.-based travellers, tripling the amount of data in its base plan to 300MB. This is in addition to unlimited talk and text within the States and free calls home to Canada, all for $3.95.

With all the talk of impending government regulation around roaming — Prime Minister Harper promised to “take steps to reduce roaming costs on networks within Canada,” — the news comes at an opportune time for the company.

“We have a great partner in T-Mobile,” says CEO Emir Aboulhosn, who founded Roam Mobility in his home city of Vancouver, “and we want to be the choice for Canadians visiting the U.S.” The service launched to the public in early 2012, offering service akin to buying prepaid T-Mobile SIM card without all the hassles of actually visiting a store.

Not only is the company in a far better position today to offer roaming service than 18 months ago, with more Canadians educated about the downsides of expensive carrier bundles, but T-Mobile has completely overhauled its own 3G network, offering service in both AWS and PCS frequencies.

“We are seeing usage increases are are updating our plans accordingly,” continues Aboulhosn, who challenged his marketing department to make the brand as visible as possible. You’ll now see ads for Roam Mobility at border crossings, airports and duty free stores on the way to the U.S., and the company increasesd their retail presence by partnering with 7/11 stores all over the country.

As for the new offerings themselves, the base $3.95/day plan now offers three times the data, and a bevy of new data-only plans are sure to appease app-hungry travellers.

The Talk+Text+Data plans have also been revamped, and most offer double or triple the previous data allotment. For example, the 7-day plan offers unlimited national talk and text and 2GB of data, plus free long-distance calls back to Canada.

More importantly, the balance on the SIM card doesn’t expire, a huge advantage over T-Mobile’s local prepaid SIM cards which need to be topped up every 90 days.

While Roam SIMs require an unlocked phone to function, the company has taken much of the hassle out of its initial setup. For example, the company sells nano-SIMs for the iPhone that link to download software that makes transitioning from local to roaming service seamless. And Aboulhosn assures me that recent updates to BlackBerry 10 now allow changes to the APN, so Roam’s SIMs will work in unlocked Z10’s and Q10’s, if desired.

When asked about LTE, Aboulhosn promised that, like any official MVNO, Roam will be entitled to offer it to customers as soon as T-Mobile allows it. Though Rogers has an agreement to offer LTE with AT&T, the carrier’s cheapest plan only allows for 50MB of data for $7.99/day.

When looking at Roam’s new pricing structure, it’s hard to justify not trying to find an unlocked phone — or spending the $35-$50 to unlock one through a carrier — when travelling down south.