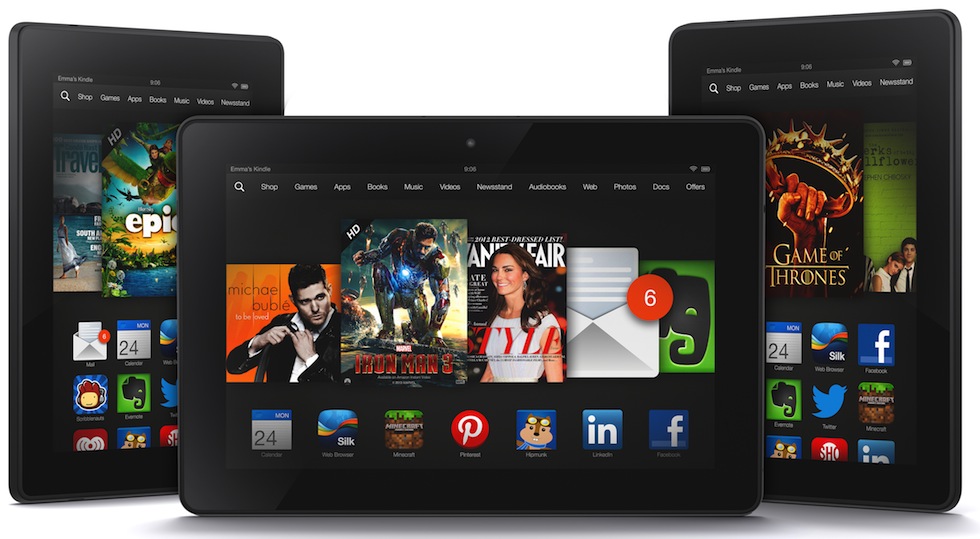 Amazon has introduced two new high-resolution tablets today alongside a refreshed version of its Fire OS.

The two tablets differ in size and weight, but they’ve both been redesigned with magnesium bodies, similar to that of the Surface RT. The smaller slate has a front-facing 720p camera, while the larger sibling sports the same alongside a rear 8MP shooter.

The HDX 8.9 really is the belle of the ball here, with a slim 7.8mm frame and a weight of 374 grams, only slightly heavier than the iPad mini. 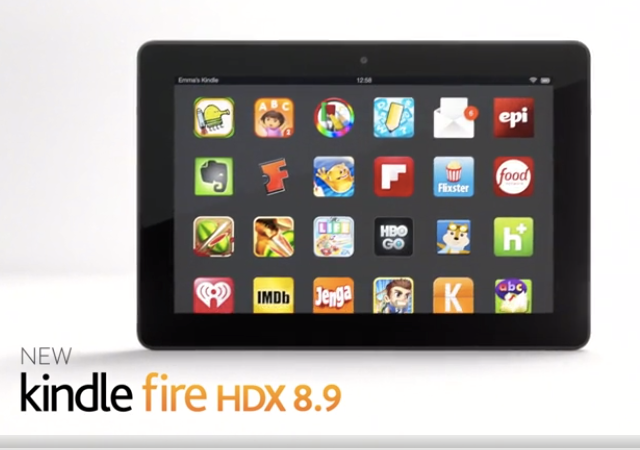 Though Amazon officially forks Android and reworks its entire UI, the core code runs 4.2 Jelly Bean. It has been redesigned with a grid app view — the much-maligned carousel is now optional — in addition to an updated Silk Browser and an email client that natively supports Gmail, Outlook, Yahoo and AOL. The Amazon App Store, while not as heady as Google Play, offers many of the same top apps, and the company’s free daily app entices users to return.

Of course, Canadians don’t have access to what appears to be the HDX’s best feature: Mayday. A button lets users connect to a real tech support person 24×7 over video chat for any technical issues. Similarly, Canadians miss out on many of Amazon’s best content, including music and video downloads and Prime Video Streaming. It also misses out on some of Android’s best features, so there’s that to consider, too.

The 7-inch slate starts at $229 in the US, while the 8.9-inch version comes in at $379 USD, both for the 16GB models. No word on Canadian pricing just yet, but we’ll keep you posted. Amazon has also discounted its legacy Kindle Fire HD tablet, upgrading its specs and lowering its price to $139 USD.

The HDX goes on sale on October 18th, while the HDX 8.9 is expected November 7th. No word on Canadian availability, either, but stay tuned.