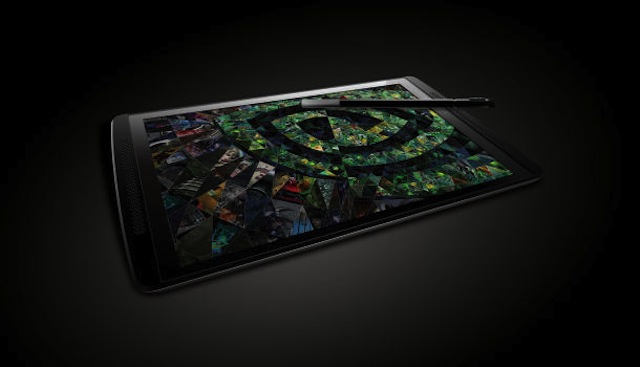 That $199 tablet offers a 1280×800 pixel display and its new Cortex A15-powered Tegra 4 SoC, which lends claim to “the world’s fastest 7-inch tablet,” according to a press release. Like the Shield, Tegra Note emphasizes smooth gameplay, but it also wants to be accessible to those with enterprise proclivities, coming with a processor-optimized stylus.

Dubbed DirectStylus, Nvidia promises “an incredibly responsive experience with finer point and broader stroke control,” and comes with apps optimized for the experience. The Tegra Note also boasts a 5MP camera, and comes pre-installed with SmugMug’s popular Camera Awesome. The tablet also comes with 16GB of internal storage, stereo front-facing speakers, 10 hours of battery life, and updates that are sent straight from Nvidia (which is the status quo for tablets, we must add).

It looks like the Tegra Note will debut with Android 4.3 on board and come pre-installed with TegraZone offering games optimized for the platform.

No word on Canadian distribution, but popular graphics card manufacturers EVGA and PNY Technologies are the official North American distributors of the Note, so you may see it entering the market under their names.