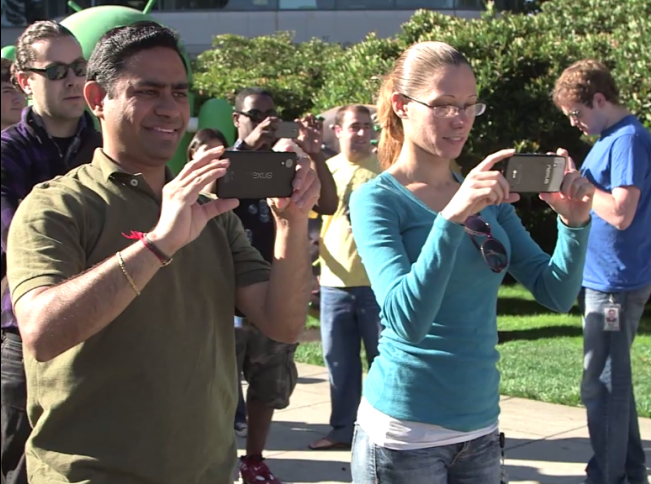 Google officially announced Android OS 4.4 ‘Kit Kat’ earlier this week and as usual they uploaded a promo video of the truck placing the ceremonial statue on its lawn. This has been a typical process since Android launched, but the video was quickly pulled from YouTube as it showed an unknown Nexus device – possibly the Nexus 5.

Tonight, a doc has surfaced on the FCC’s website that lists the specs and reveals a few pictures of the LG D820. The pictures of the back cover look incredibly similar to this device that was present at Google Kit Kat unveiling – namely the positioning of the camera and flash. In addition, similar to past Nexus devices, the Nexus 5 will reportedly have NFC and Qi wireless charging.

Probably the most interesting part of filing is that it’ll be pentaband supporting the following bands, including LTE connectivity: 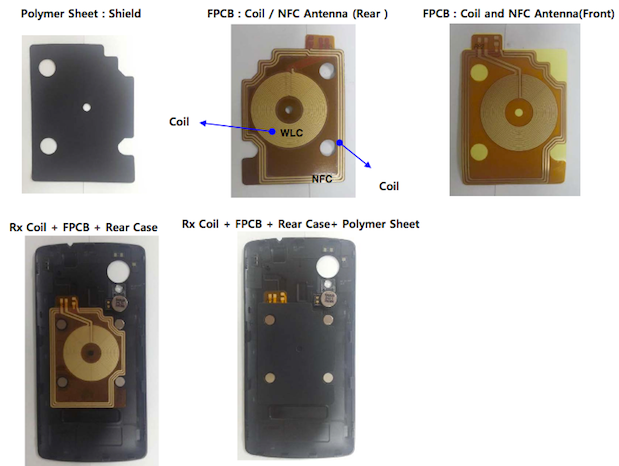 There’s rumours that we’ll see the Nexus 5 be released in October, but that’s unconfirmed. In addition, there’s no official word yet on the screen size – looking at the picture we might see this come in above the 5-inch mark.

Update: Some additional specs have arrived deep within the FCC docs. The LG D820, presumably the Nexus 5, will have a Qualcomm Snapdragon 800 processor, plus the display measures in at 4.96-inches with over dimensions of 131.9mm x 68.2mm. Battery is 2300mAh.