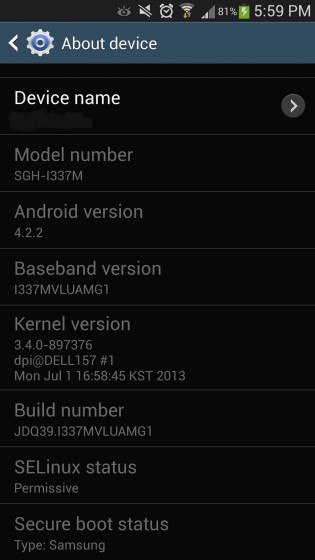 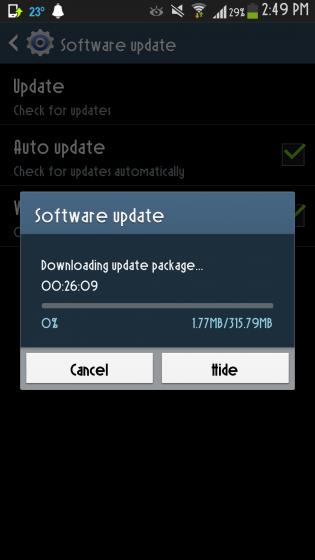 This week, it appears to be the incumbents’ turn, bringing the same improvements and a set of new features. Rogers, Bell and TELUS users, along with their Fido, Virgin and Koodo subsidiaries, should be receiving an update on their SGH-I343M devices in the coming hours and days.

Apps2SD is a feature that allows users to transport their app data to an external microSD card, saving precious space on the too-small internal memory. The Galaxy S4 ostensibly comes with 16GB of internal storage to use for apps, games, movies and music, but Samsung uses roughly half of it for its own purposes.

Samsung Knox, the enterprise-focused BYOD container we covered earlier this year, is also included in this update. Users can talk to their IT departments about using the Galaxy S4 on their own MDM networks, most of which are supported by Knox.

GS4 owners should be prompted to download the 316MB update, but those who don’t want to wait for a push notification can head to the Software Update portion of their smartphones to initiate the OTA update.