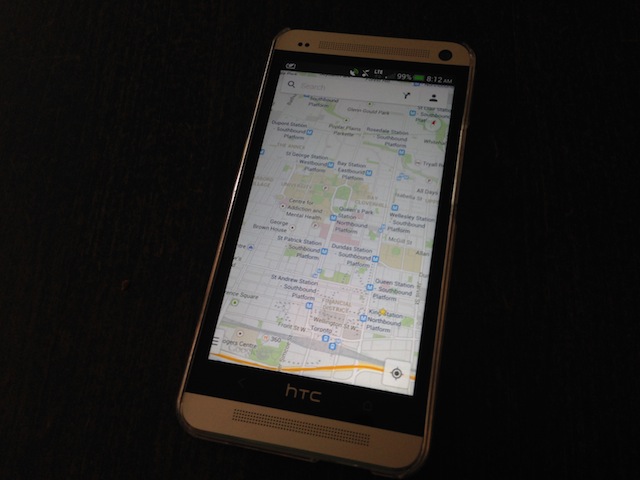 After promising to do so “soon” at Google I/O in May, the search giant is finally rolling out an update to its Maps service for Android and iOS.

The app brings an entirely new design for the immediate area, unobscured by menu or interface. When looking at a map, you’ll see just three things: a Search bar near the top, which has two smaller icons for navigation and your personal profile. On the bottom right is a “Locate Me” button, where it’s always been, and practically unseen on the bottom left is the new “hamburger” icon, which opens up a left-side navigation bar to isolate certain aspects of the map like traffic, public transit, satellite and Settings. 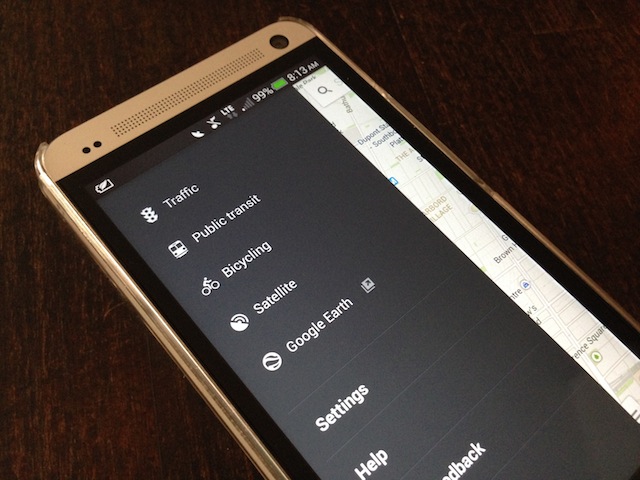 The app recalls the iPhone version that was released last year, but feels cleaner and more polished. Google says it will be releasing a similar update for iOS, but couldn’t give a date for its release.

In terms of design, the Maps recalls Google Now in the way it displays information on various locations. In the new Explore menu, for instance, which is accessed by tapping on the Search bar at the top of the map, you can draw down on restaurants or attractions and be shown a gorgeous array of suggested venues. 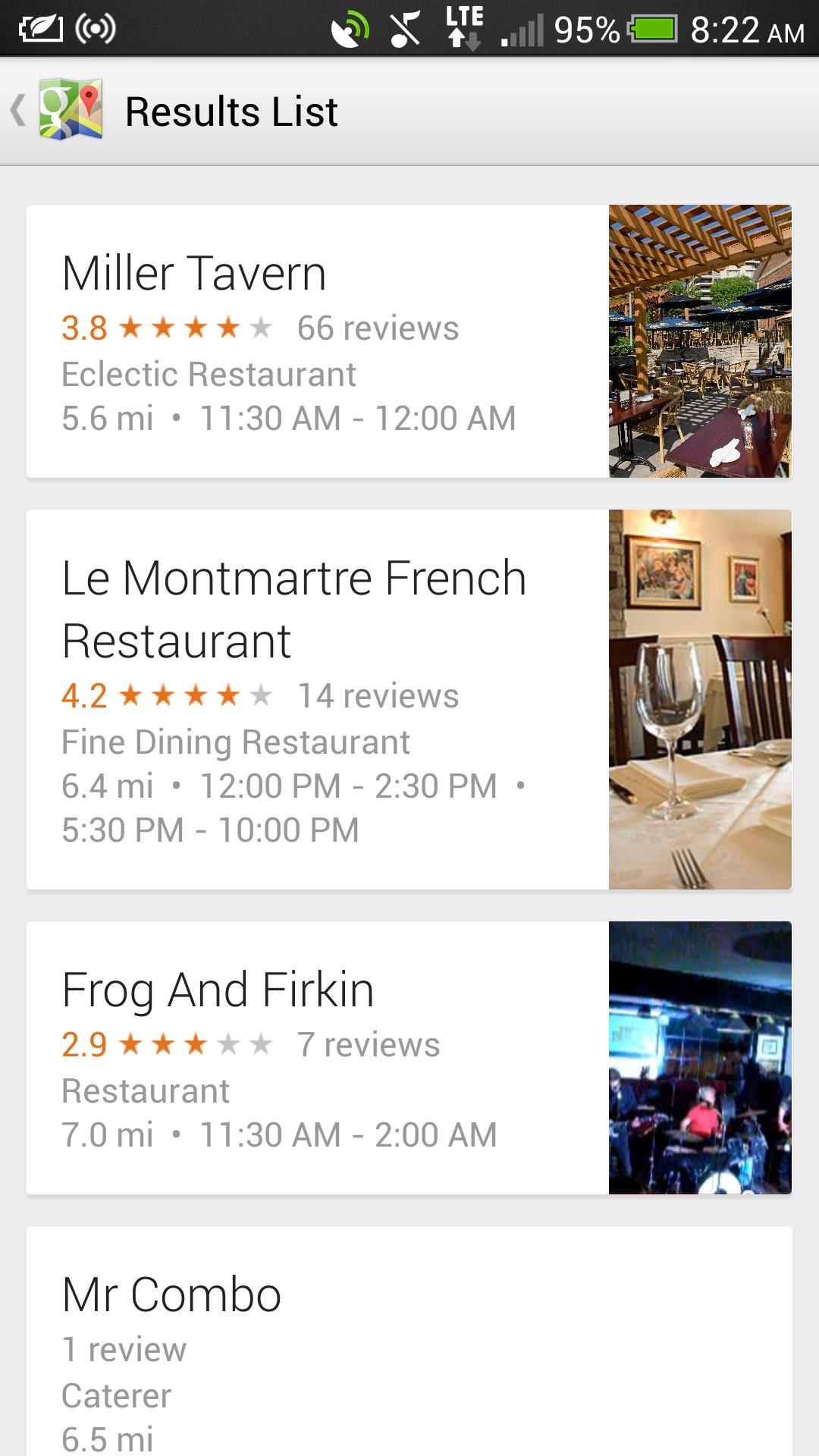 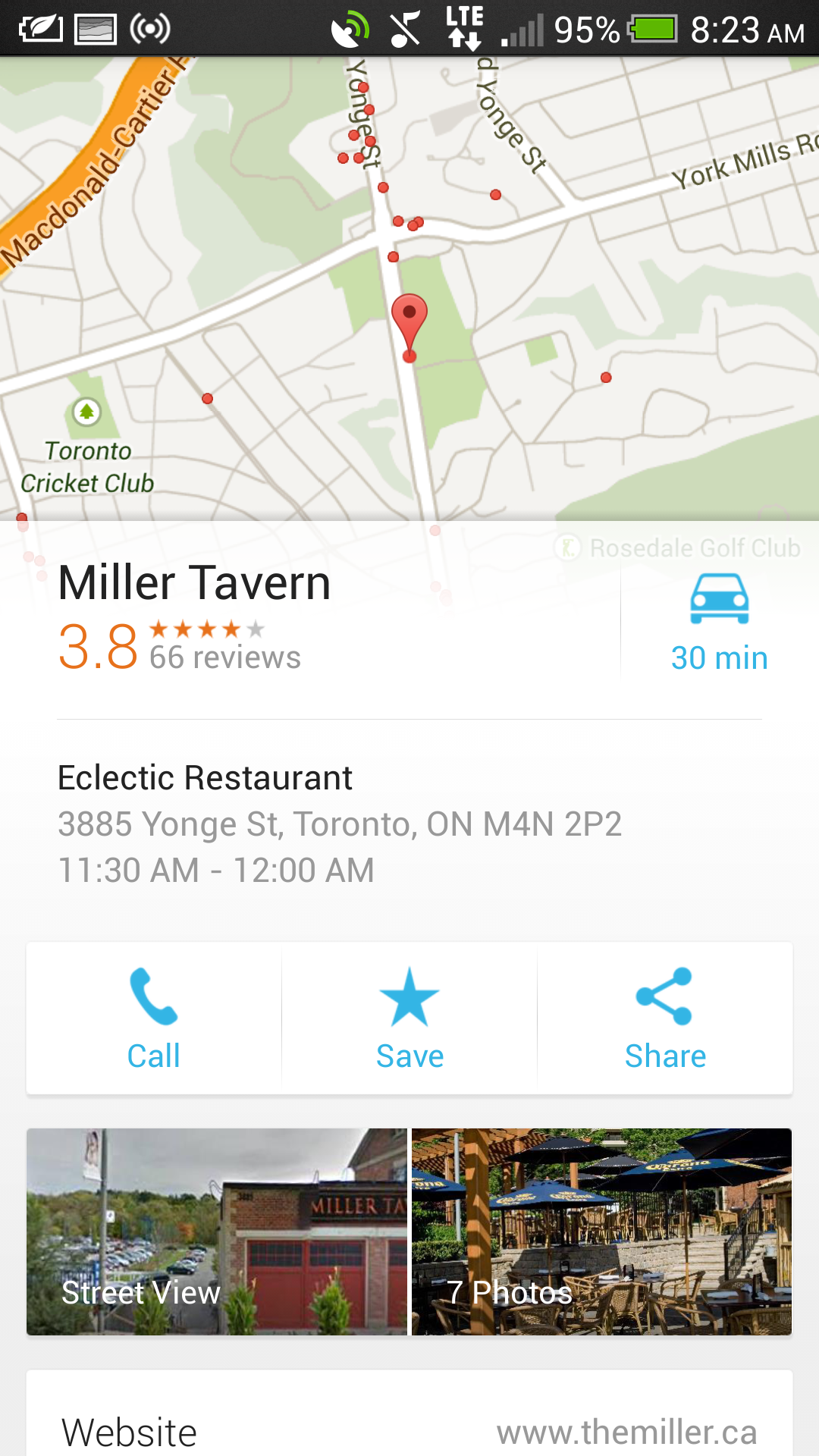 Though Google is emphasizing improved navigation and better alternate route support when dealing with traffic snarls, the company says technology from Waze, the mapping startup it purchased last month for over $1 billion, has not yet been integrated into the app.

The tablet interface feels spacious and well thought out, with room for larger buttons and more cards on the display at once.

Google has unfortunately removed the option to cache viewable map areas for offline use, but it has added an easter egg of sorts: typing “OK Maps” into the search bar will load that particular area into memory. Why this was done is likely a difference of opinion between the design and engineering teams, but we think it’s pretty darn stupid.

Lastly, Google has retired Latitude, its location-based social network, claiming that such endeavours will be added to Google+ in the future.

Google Maps for Android is rolling out slowly over the next few weeks, and is only available for those running Android 4.0.3 and above.